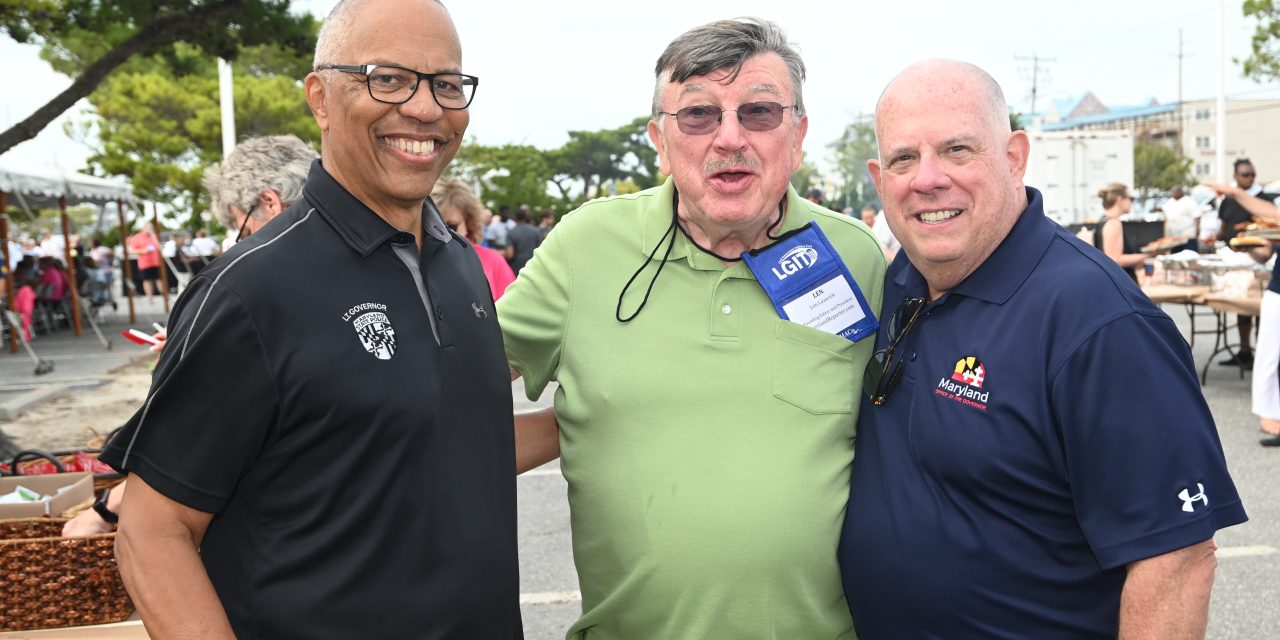 CANDIDATES FOR TOP STATE JOBS APPEAR AT MACo: Appearing together for the first time since they won in last month’s primary elections, candidates for Maryland’s top statewide offices on Saturday outlined their visions for the state and vowed to work hand-in-hand with local leaders if elected in November. Democratic gubernatorial candidate Wes Moore did not attend. Public health emergency management, police body-camera footage and tax collection were among the topics discussed at a forum that concluded the Maryland Association of Counties conference in Ocean City. Sam Janesch/The Baltimore Sun.

DOWNY OCEAN WITH POLS & BUREAUCRATS: Some years ago, I was in a TV segment questioning the value of MACo. But overall, I think it’s a good idea for local elected and appointed officials to exchange ideas, get training and to meet up with state leaders, including the governor’s cabinet. Len Lazarick/Maryland Reporter.

HOGAN SKIPS GOP EVENT: State Sen. JB Jennings, who held a huge GOP reception during MACo, said Gov. Larry Hogan did not attend when the restaurant’s owner, Marc McFaul, a supporter of Republican gubernatorial candidate Dan Cox and former President Donald Trump, had a conversation with Hogan’s security detail, which was awaiting his arrival. “Marc went out and told his advance team that he didn’t want him there,” Jennings said. “I think Marc was just kidding and giving ‘em a hard time. The thing ballooned more than it was.” Bruce DePuyt/Maryland Matters.

STATE JOBLESS RATE FALL TO 3.9%: Maryland’s unemployment rate fell to 3.9% in July as the state added 12,000 jobs, marking its lowest point since the beginning of the COVID-19 pandemic. The state has added 78,600 jobs since this time last year, marking a 33% gain. More than half of those positions, about 44,000 jobs, were added in 2022, according to preliminary survey data from the U.S. Department of Labor’s Bureau of Labor and Statistics. Lillian Reed/The Baltimore Sun.

YOUGHIOGHENY RIVER TRAIL PROPOSAL DRAWS OPPOSITION: A proposal to expand a network of biking and hiking trails through western Maryland has triggered intense opposition among hikers, whitewater rafters and other outdoor enthusiasts who might otherwise cheer the idea. And that’s because the project — pushed by two conservative Republican state lawmakers from Garrett County and a group called Garrett Trails — would route the permanent two-way paths through the heart of the scenic Youghiogheny River. Fredrick Kunkle/The Washington Post.

BLAIR UP ONE VOTE IN RECOUNT: After additional ballot-counting and auditing for Montgomery County executive on Saturday, the Montgomery Board of Elections issued a brief statement that the results for early voting have been counted and audited, resulting in a one-vote gain by David Blair. Danielle Gaines/Maryland Matters.

PORTS SAYS NO TO PRESERVING OLD BRIDGE FOR PEDESTRIAN USE: Despite Maryland’s congressional delegation members’ request, Maryland Transportation Secretary James F. Ports Jr. wrote that preserving the old Nice-Middleton Bridge as part of a connection in a future network of trails was “not an option.” The word “not” was underlined. In an addendum, Ports wrote in blue pen, “Hope you all are having a great summer.” Ports’s letter and the disclosure at a recent Maryland Transportation Authority board meeting that demolition was underway appear to be the final blow to a long-running quest by pedestrian and bike advocates. Ian Duncan/The Washington Post.

BIDEN TO RALLY DEMS IN ROCKVILLE: President Joe Biden will headline a rally on Thursday with Maryland Democrats in Rockville as the party prepares to kick-start its campaign efforts heading into this fall’s high-stakes midterm elections. Sam Janesch/The Baltimore Sun.

JUDGE DISMISSES PARENTS COMPLAINT AGAINST MO CO SCHOOL BOARD: A judge on Thursday dismissed a complaint against the Montgomery County school board by parents who alleged that the system’s student gender-identity guidelines violated their state and constitutional rights. Three parents, who filed anonymously in 2020 against the Montgomery County Board of Education, argued that the guidelines curtailed their ability “to direct the care, custody, education, and control of their minor children,” under the Fourteenth Amendment, according to a memorandum opinion. Jasmine Hilton/The Washington Post.

INFO ABOUT FREDERICK VOTER SENT TO STATE PROSECUTOR: Frederick County Election Director Barbara Wagner on Friday confirmed that the county Board of Elections voted unanimously earlier this week to refer information about a voter to the Office of the State Prosecutor. Wagner did not identify the voter or what jurisdiction they voted in. She said the person cast a ballot in this year’s primary. Jill Atelsek/The Frederick News Post.

JUDGE CROSLAND, EARLY CIVIL RIGHTS ADVOCATE, DIES AT 85: Judge David W. Crosland III, an immigration judge with the U.S. Department of Justice who early in his career in the 1960s served with the department’s Civil Rights Division and was part of the team of lawyers that investigated and tried cases involving the Ku Klux Klan in Mississippi, and spent his life tirelessly fighting for immigrants and the homeless, died of cardiac arrest Aug. 1 at his Severna Park home. He was 85. Fred Rasmussen/The Baltimore Sun.