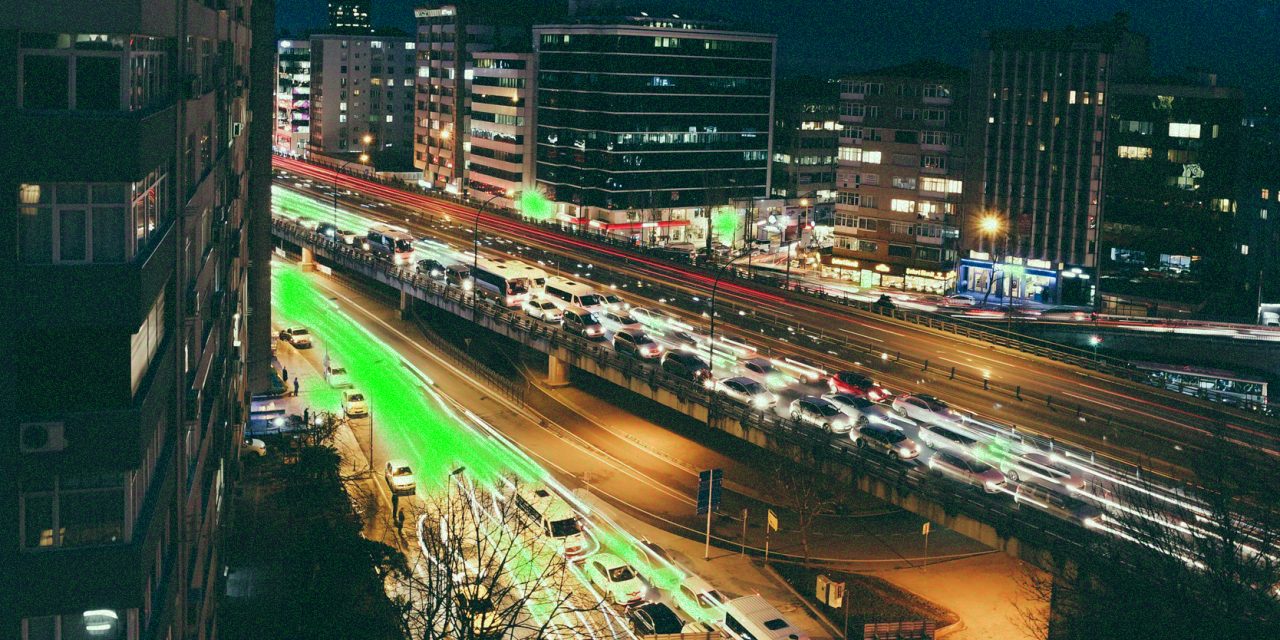 Both Montgomery County and Baltimore City officials are hoping that a new governor will be more sympathetic to their traffic and transit plights. Photo by Burak The Weekender: https://www.pexels.com/photo/city-view-with-car-time-lapsed-60805/

MO CO LOOKS TO NEW TRAFFIC RELIEF PLANS: Montgomery County leaders have never been keen on Gov. Larry Hogan’s plan to add variably-priced toll lanes to the Capital Beltway and I-270. Now, with Hogan set to leave the State House in January — and many elements of the project yet to be nailed down — county officials are increasingly optimistic that Maryland’s next governor will take office with the power to steer congestion relief efforts in a new direction. Bruce DePuyt/Maryland Matters.

BALTIMORE HOPES FOR REVIVAL OF TRANSIT EFFORTS: It’s been years since the political stars were this well aligned for substantially upgrading Baltimore’s transit system. The bipartisan Infrastructure Investment and Jobs Act, which President Joe Biden signed into law last year, is set to provide cities with billions in federal funding over the next five years for major transit projects, and Maryland plans to get in line. And Gov. Larry Hogan — who canceled the long-planned $2.9 billion Red Line in 2015 while proceeding with Washington Metro’s Purple Line — is out in January. Democrat Wes Moore, who supports expanding mass transit, is favored to succeed him. Ethan McLeod/The Baltimore Banner.

OPINION: MARYLAND GOP MARGINALIZES ITSELF: Five months are left in the term of Gov. Larry Hogan (R), a period that looks increasingly like a countdown to the end of the Republican Party’s electoral viability in the Free State. Despite the GOP’s proud history there, it has lately marginalized itself to such an extent that success in this fall’s elections seems far-fetched. The Editorial Board/The Washington Post.

HOGAN CALLS FOR DOJ TRANSPARENCY, STOP TO GOP VIOLENT RHETORIC: Republican Gov. Larry Hogan appeared on ABC’s “This Week,” where he said the Department of Justice needs to be transparent in its investigation of former President Donald Trump, while members of his own party need to stop with the violent rhetoric. Joshua Barlow/WTOP-FM.

STURGEON LOVERS WORRY OVER PROPOSED SALMON FARM: Could Maryland’s first farmed salmon be a threat to the last of its sturgeon? Lovers of the sturgeon, a species as old as dinosaurs that was once thought to have disappeared from the Chesapeake Bay, worry its fate could hinge on what happens with a massive salmon farm planned on the banks of a pristine Eastern Shore creek. Scott Dance/The Baltimore Sun.

WHAT LANDMARK CLIMATE BILL MEANS FOR MARYLAND: A landmark federal climate and health bill that got final approval from Congress on Friday includes everything from a cap on Medicare patients’ costs for insulin to tax credits for manufacturing solar panels and support for offshore wind power. Alison Knezevich, Meredith Cohn and Giacomo Bologna/The Baltimore Sun.

BA CO POLICE GETTING RESULTS FROM BACKLOG OF RAPE KITS: Baltimore County Police are starting to get back test results from a long-delayed project to process the oldest known collection of DNA evidence from rape cases. Following scandals over police using questionable investigative practices and destroying evidence from sexual assault cases more recently, Baltimore County Executive Johnny Olszewski Jr. announced reforms and a new testing effort in 2019 thanks to a grant from the private Hackerman Foundation. Catherine Rentz/ProPublica reprinted in The Baltimore Banner.

STADIUM AUTHORITY NEEDS CAR WASH TO COMPLETE DEAL: The Maryland Stadium Authority is aiming to build a $70 million ballpark in the Western Maryland city, which will gain a professional baseball team in 2024. To obtain the land where the team would play, the stadium authority has bought a laundromat, a Washington County government building, and the old Herald-Mail newspaper building. The fourth and final parcel of land it needs to purchase is the Hagerstown Auto Spa. Hayes Gardner/The Baltimore Sun.