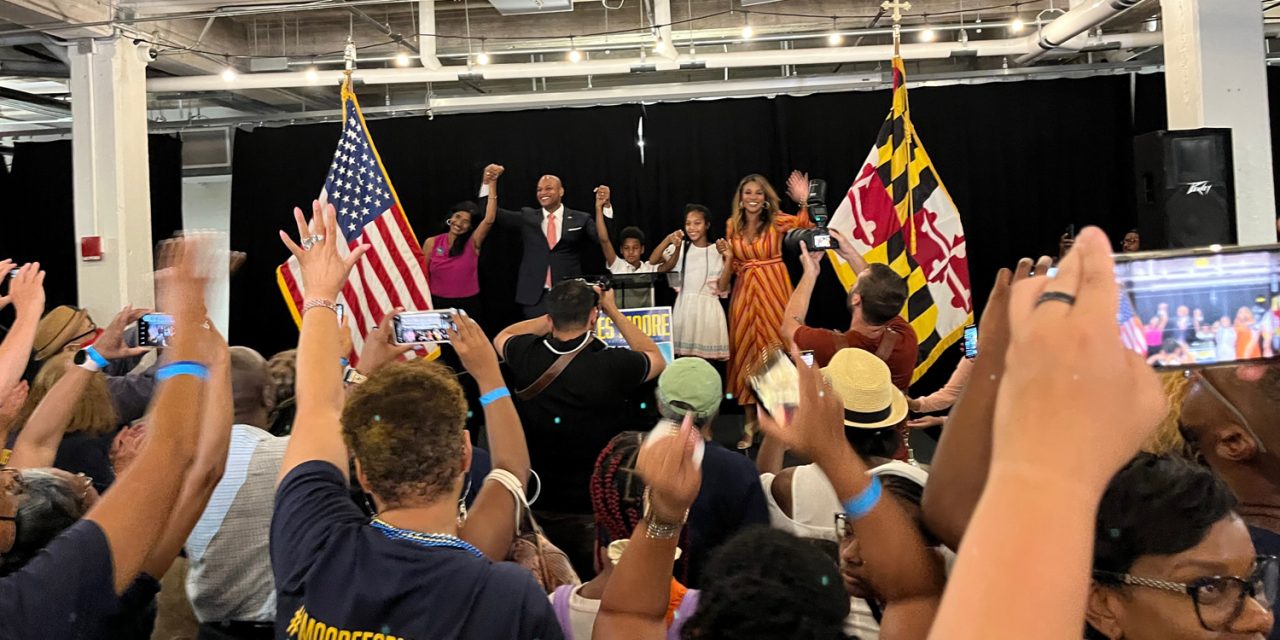 WHO IS DAN COX? Conservative Republican Del. Daniel L. Cox vigorously fought against the certification of President Biden’s 2020 victory and Maryland’s coronavirus mitigation measures. He launched a failed attempt to impeach Republican Gov. Larry Hogan, accusing him of malfeasance in office, theft of “the people’s liberty and property,” and “deprivation of the religious liberties of the people.” As rioters stormed the U.S. Capitol on Jan. 6, 2021, he called Vice President Mike Pence “a traitor” in a tweet he then deleted — later expressing regret for his choice of words. Ovetta Wiggins/The Washington Post. 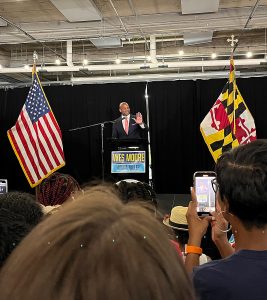 SLOW VOTING ON PRIMARY DAY: Over eight days or early voting, about 172,000 people cast their ballots — about 4.6% of all eligible registered voters. That’s lower than the 226,000 who voted during early voting in 2018. Nikki Charlson, deputy state elections director, said anecdotally that voting on primary day was “slow.” Some of the low turnout could be driven by the more than 500,000 mail-in ballots requested by voters around the state. Bryan Sears/The Daily Record.

WHAT YOU MIGHT HAVE MISSED: MANY RACES TOO CLOSE TO CALL: Maryland’s action-packed primary day ended Tuesday with nominees in some races and left many others too close to call as nearly every consequential state and local race was on the ballot. Here’s a rundown on what you might have missed, including the fact that Baltimore Del. Brooke E. Lierman was named the presumptive Democratic nominee for comptroller. Sam Janesch and Hannah Gaskill/The Baltimore Sun.

LIERMAN TAKES DEM NOMINATION FOR COMPTROLLER: Baltimore Del. Brooke E. Lierman was named the projected Democratic nominee Tuesday night in the race to be Maryland’s next comptroller. According to The Associated Press, Lierman won the party nomination with 64% of the vote. Her opponent, Bowie Mayor Timothy J. Adams, reported 36%. Hannah Gaskill/The Baltimore Sun.

TRONE-PARROTT IN THE 6th; RASKIN, VAN HOLLEN RENOMINATED: Democratic U.S. Rep. David Trone of Potomac will face a re-election challenge from Republican state Del. Neil Parrott of Hagerstown in November. The contest will be a rematch of the 2020 race, when the 6th District was more Democratic than it is now. Democratic U.S. Sen. Chris Van Hollen and Democratic Rep. Jamie Raskin, in the 8th congressional District, were renominated as well  in Tuesday’s primary election. Louis Peck, Christine Zhu and Anne Tallent/Bethesda Beat.

BLAIR HOLDS SMALL LEAD AGAINST ELRICH: After an expensive, often acrimonious campaign that got underway more than 16 months ago, businessman David Blair was clinging to a small lead over incumbent Marc Elrich in the Democratic primary for county executive early Wednesday — in a rematch of their contest four years ago that Elrich won by just 77 votes. Louis Peck/Bethesda Beat.

BATES LEADS FOR DEM NOMINATION IN BALTIMORE CITY: Defense attorney Ivan Bates has a sizable lead in the three-way race to be Baltimore’s next top prosecutor. Although most precincts have reported, there are at least 20,000 mail-in ballots to be counted in the race between incumbent Baltimore State’s Attorney Marilyn Mosby, Bates and former prosecutor Thiru Vignarajah. The winner of the primary will face attorney Roya Hanna, who dropped out of the Democratic race to run as an independent, in November’s general election. Leo Sanderlin and Alex Mann/The Baltimore Sun.

SHOEMAKER LEADS ELLIN FOR CARROLL STATE’S ATTY: With all 50 precincts reporting primary election day and early voting returns in Carroll County, Haven Shoemaker held a large lead over David Ellin in the Carroll state’s attorney race. Shoemaker, a Maryland State delegate and former county commissioner, earned 9,682 votes (58%) to Ellin’s 7,003 (42%). Both candidates are Republican. There are no Democrats in the race, so the winner of the primary will be the county’s next state’s attorney. Molly Fellin Spence/The Carroll County Times.

HOWARD WEALTHIEST COUNTY IN STATE; NO. 6 NATIONWIDE: Howard County is the wealthiest locality in Maryland and the sixth wealthiest nationwide, according to the U.S. News & World Report. The report analyzed median household incomes and ranked the top 15 localities with the highest numbers. Howard County, Maryland’s sixth-largest county with 332,317 residents in the 2020 census, was reported to have a median household income of $124,042. Caitlynn Freeman/Baltimore Sun Media. 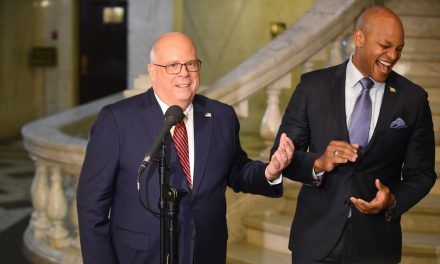