The Jan. 6 Committee investigating the insurrection at the U.S. Capitol says U.S. Rep. Andy Harris, who represents Maryland's 1st Congressional District, was one of a dozen congresspeople to attend a December 2020 meeting at the White House with then outgoing President Donald Trump to discuss Vice President Mike Pence rejecting electoral ballots to overturn the election of Joe Biden as president. Screenshot is of Harris's Facebook page.

JAN. 6 PANEL: REP. HARRIS WITH TRUMP CONGRESSIONAL CONTINGENT TO OVERTURN ELECTION: As former President Donald Trump sought to overturn the 2020 election, nearly a dozen Republican members of Congress — including Maryland’s Andy Harris — gathered with the president in the White House and discussed having Vice President Mike Pence reject the election results, according to the Jan. 6 committee. Jeff Barker/The Baltimore Sun.

COVID VARIANT SURGES IN STATE: A new and easily transmissible COVID-19 virus subvariant is gaining traction in the U.S., and public health experts in Maryland and elsewhere fear a fatigued and divided nation has let its guard down. The rapid spread of infections of BA. 5 caused a statewide surge in sickness that prompted hospitals to resort to emergency standards of care as patients overwhelmed the health care system. Hallie Miller/The Baltimore Banner.

EXPERIENCE VS. ENDORSEMENTS IN GOP’s PRIMARY IN 6th CONGRESSIONAL: Del. Neil Parrott, R-Washington, is one of six Republicans competing for the nomination for the 6th congressional district in Western Maryland, currently held by Democratic incumbent David Trone. But in the GOP primary, Parrott’s experience in Annapolis is up against a young candidate with support from some of the biggest names in Republican politics, indicating the party sees an opportunity to take control of that seat in their broader pursuit of reclaiming control of the House. Dwight Weingarten/The Hagerstown Herald Mail.

OPINION: COX’s BONKERS CLOSING ARGUMENT: In a letter to supporters promoting today’s Trump Tele-Rally, Dan Cox makes his closing argument to his supporters. It is absolutely bonkers. Cox just goes full racist in calling in the “Wuhan Virus” all while again asserting that the Larry Hogan was looking to undermine Donald Trump. In case it isn’t obvious, Dan Cox has a casual relationship with reality. Brian Griffiths/The Duckpin.

FREDERICK EXEC HOPEFULS RAMP UP SPENDING: Three Democrats running for their party’s nomination for Frederick County executive have ramped up spending in recent weeks, according to campaign finance reports the Maryland Board of Elections made public over the weekend. County Councilman Kai Hagen spent more than Councilwoman Jessica Fitzwater and Daryl Boffman, a business consultant and former school board member, according to filings that cover transactions from June 8 to July 3. Jack Hogan/The Frederick News Post.

ST. MARY’S STATE’S ATTY UNDER MICROSCOPE: It takes a village to allow an incident as grotesque as the killing of 16-year-old Peyton Ham by Maryland State Police officer Joseph Azzari to be forgotten as quickly as it has in St. Mary’s County. But Richard Fritz, who has been the state’s attorney — the equivalent of a DA — in this rural southern Maryland county since 1998, is as responsible as anybody for its going away. Dave McKenna/The Defector.

SHELLENBERGER’s RECORD ON SEX ASSAULTS QUESTIONED: Longtime Baltimore County State’s Attorney Scott Shellenberger’s record on handling sexual assault cases is in the spotlight as he seeks a fifth term as the county’s top prosecutor. He faces a federal lawsuit alleging he and others in his office violated another woman’s constitutional rights when she sought to press charges. Darcy Costello and Alison Knezevich/The Baltimore Sun. 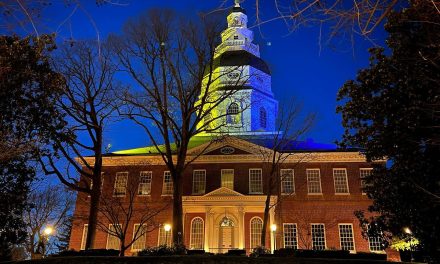