HOGAN ROAD PLAN OK’d WITH CHANGES: Maryland’s Board of Public Works approved the state’s use of private companies to widen highways in the Washington suburbs, but agreed to delay work on the Capital Beltway after running into opposition, Pamela Wood reports for the Sun.

BPW DELAYS ALABAMA CONTRACT: The Maryland Board of Public Works voted Wednesday to delay awarding $625,000 to a Alabama-based company after Comptroller Peter Franchot called for a boycott of the state over its new strict abortion law, Ovetta Wiggins of the Post is reporting.

STATE EXTENDS REAL ID DEADLINE: The Post’s Luz Lazo reports that Maryland is extending the June deadlines for 43,000 drivers who have been told they need to visit the Motor Vehicle Administration and file documentation to ensure their licenses are Real ID compliant. Those drivers now have until July 3 to file the required paperwork at their local MVA or risk having their license recalled, officials said.

STATE RETIREES SEEK CLASS ACTION SUIT OVER DRUG BENEFITS: More than 1,000 state retirees are seeking to be recognized as a class in a lawsuit against the state of Maryland over lost prescription drug benefits – and another 1,000 filings are on their way, Danielle Gaines reports for Maryland Matters.

72 LAWMAKERS ASK HOGAN TO FREE BSO FUNDS: More than 70 Democratic lawmakers – 18 senators and 54 delegates – on Wednesday sent a letter to Gov. Larry Hogan calling on him to release $1.6 million in funding they set aside through legislation for the Baltimore Symphony Orchestra., Luke Broadwater of the Sun reports.

SMALLER CLASS SIZES WORK: In an opinion piece for MarylandReporter.com, Prince George’s County teacher Mark Naydan writes: “Larger classroom sizes are not only more difficult for teachers to manage but they also have been proven to make it more difficult for students to learn. Recently, when U.S. Secretary of Education Betsy DeVos advocated for super-sizing classroom sizes, teachers like me were outraged. It’s clear Secretary DeVos has NEVER worked with students in a classroom before. Otherwise, she would not have said that.”

OPINION: HOGAN’s NEXT MOVES: The editorial board for the Sun opines that it was a smart move for Gov. Hogan to bow out of the race for the presidency. “Mr. Hogan says he wants to stay involved in national Republican politics with a new organization focused on reducing the partisan divide in the country, and we think he has real potential there. To be successful, he needs to do more than champion civility in politics; he needs to move the national conversation toward areas where Republicans and Democrats can compromise for the good of the country.”

CASINOS UPS & DOWNS: Although 2019 started out on a good note, Horseshoe Casino once again saw its year-over-year revenue slide, Brandon Weigel of Baltimore Fish Bowl reports. Overall revenue at the six casinos in Maryland was down 2.7%, or about $4.3 million, from May of last year. MGM National Harbor was once again leading the charge, taking in $59.1 million (a year-over-year decline of 5.1%), followed by Live! Casino and Hotel, which collected $53.5 million (a year-over-year increase of 2.8%). 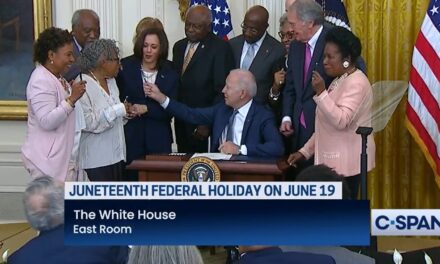