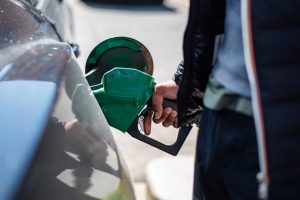 SUPREMES COULD MAKE IT EASIER TO CARRY LOADED GUN IN MARYLAND: With Congress potentially closing in on a bipartisan gun deal after last month’s run of mass shootings, the Supreme Court soon will issue a ruling that could make it easier for people in at least a half-dozen states – including Maryland – to legally carry loaded firearms in public. Ann Marimow and Shayna Jacobs/The Washington Post.

VOTERS WORRY ABOUT INFLATION AS CANDIDATES DISCUSS OTHER CONCERNS: Likely primary election voters who responded to a recent statewide poll ranked inflation, the cost of living or related economic concerns such as gas prices as the topic they most want the next governor to tackle. But candidates for governor have been outlining lofty visions for increased wages and tens of thousands of new jobs. They’ve talked about investments in transportation, education and small businesses. Sam Janesch/The Baltimore Sun.

MARYLAND NOTABLE FOR BENCH DIVERSITY: Maryland has a higher number of judges from diverse backgrounds than most other states. The Brennan Center for Justice released an update about state Supreme Court diversity that shows many states are lacking in racial, gender and experiential diversity among their top judges. But in Maryland, people of color make up 43% of Maryland’s Court of Appeals, which is the state’s highest court, while 57% of the justices are women, and 43% of the justices are women of color, according to the report. Nene Narh-Mensah/Maryland Matters.

10,000 PG VOTERS GET WRONG SAMPLE BALLOTS: Approximately 10,000 voters in Prince George’s County received the wrong sample ballots for July’s primary elections, the county Board of Elections announced Tuesday. Voters received sample ballots with incorrect candidate information for their district at a time when election workers already were concerned about confusion over a delayed primary and new boundary lines that were redrawn during the decennial redistricting process. Daniel Wu/The Washington Post.

FRANCHOT: POLITICAL ‘OUTSIDER?’ For nearly half of his life — since he was 39 years old — Peter Franchot has driven from his home in Takoma Park to work in Maryland’s state capital of Annapolis, helping decide where tax dollars are spent and later serving as the chief collector of those taxes. But even after all those years in Annapolis, Franchot insists that he’s actually something of a political outsider as he runs for governor. Pamela Wood/Baltimore Banner.

OPINION: OH BOY, A COX RALLY: In his best effort to keep pretending that he is Donald Trump, Dan Cox is holding his own precious little rally on Saturday in Carroll County. It doesn’t take long to realize exactly what kind of event this is. There’s the “main attraction” Doug Mastriano, who remember was subpoenaed by the Jan. 6th Commission. Brian Griffiths/The Duckpin.

ARUNDEL COUNCIL OKs POLICE ACCOUNTABILITY BOARD MEMBERS: After months of fraught debate on how to best create a police accountability board in Anne Arundel County, eight board members were approved Monday by the County Council. Dana Munro/The Capital Gazette.

BA CO SCHOOL AUDITOR APPEALS FIRING: The Baltimore County Schools’ chief auditor, who was fired by the school board last month, is appealing that decision to the state board of education. In a letter to the state board, Andrea Barr said her termination was unlawful. In 2019 two board members initiated a campaign of pressure and threats to interfere with the work of her office, she added. John Lee/WYPR-TV.

LAWMAKERS SEEK PROBE INTO B’MORE SCHOOLS: State and federal lawmakers are calling for further investigation after Project Baltimore exposed how Baltimore City students with disabilities may not be getting the education they deserve under the law. This comes on the heels of an alarming Inspector General for Education report exposing widespread grade changing in City Schools. Chris Papst/WBFF-TV News.

ADVISORY PANEL LAMENTS LOSS OF CONTROL OVER CARROLL SEX ED: Earlier this month, as the Carroll County Board of Education adopted an alternative framework for its high school human sexuality curriculum, members of the school system’s Family Life Advisory Committee lamented a loss of local control over what students should and should not be learning in county classrooms. Cameron Goodnight and Molly Fellin Spence/The Carroll County Times.

LABOR GROUP SAYS PG AMAZON WORKERS WERE ILLEGALLY FIRED: An independent labor group is alleging that Amazon illegally fired two employees at a Prince George’s County facility for “standing up for the rights” of their co-workers, the group said in charges filed with the National Labor Relations Board last week. Teo Amus/The Washington Post.

CALIF. MAN PLEADS NOT GUILTY IN KAVANAUGH CASE: A man from California, who investigators said traveled across the country to Montgomery County with a plan to kill a Supreme Court justice, appeared in a federal courtroom in Maryland to plead not guilty on Wednesday. Mike Murillo/WTOP-FM. 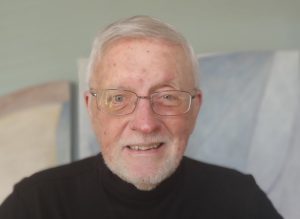 TOM GRAHAM, FORMER EXECUTIVE EDITOR OF PPC, DIES AT 71: Tom Graham, former executive editor of the once vaunted Patuxent Publishing newspapers and a longtime editor of the health section at The Washington Post, died early Wednesday, June 22, at his home in Columbia. He was attended by his wife, Mary Kay Sigaty, a former member of the Howard County Council, and their children, Eileen and Bridget Graham. It was the couple’s 48th wedding anniversary. Tom had just returned from a recent hospitalization for issues related to his five-year bout with cancer. Len Lazarick/MarylandReporter.