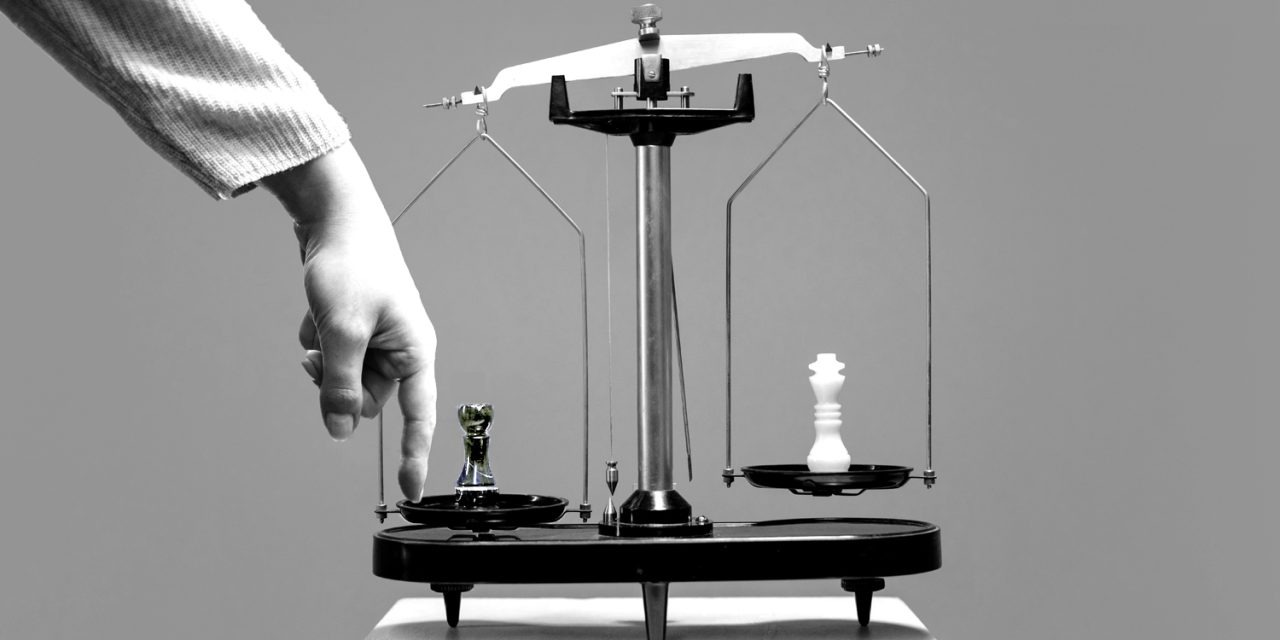 The gubernatorial campaign of Republican Kelly Schulz is warning that the Democratic Party may try to tip the scales of the GOP primary in favor of the more extreme candidate. Images by Cottonbro and Ahmed for Pexels. Illustration by Cynthia Prairie.

SCHULZ CAMP WARNS OF DEM MEDDLING IN GOP PRIMARY: Kelly Schulz’s campaign for the Republican nomination for governor is warning its supporters that Democrats may soon be meddling in their primary. In one letter to supporters, Schulz senior campaign advisor Doug Mayer suggested that the Democratic Party has focused advertisements against more moderate players instead of fringe Republicans who would have no chance during a general election in November. Joel McCord/WYPR-FM.

DOES COX STAND A CHANCE? Sixteen miles north of the Mason-Dixon Line, Dan Cox was celebrating that Pennsylvania state Sen. Doug Mastriano won his state’s Republican gubernatorial nomination. Maryland, Cox said in a tweet, is next. But in a state that elected moderate Republican Gov. Larry Hogan twice and went for Democratic President Joe Biden by huge margins, does an unconventional far-right candidate like Cox stand a chance? Sam Janesch/The Baltimore Sun.

SLIM CHANCE FOR GOP GUBERNATORIAL DEBATE: The four Republicans running for governor live approximately 70 miles apart. But getting them to appear together has proven to be difficult. The four have appeared simultaneously only once — at an online forum on June 8, which also featured Democratic candidates. Given the tortured history, it appears likely that when the July 19 primary rolls around, that event will represent the only time Dan Cox, Robin Ficker, Kelly Schulz and Joe Werner engaged in a true debate. Bruce DePuyt/Maryland Matters.

DECISION NEARS ON NEW FBI HEADQUARTERS: The U.S. General Services Administration is expected to pick the best of three locations for a new FBI headquarters as soon as September, ending nearly two decades of advocacy, confusion and frustration across four presidencies about whether the FBI should move to the suburbs bordering the District of Columbia or stay downtown. GSA staffers told Congress last week during closed-door briefings that all three possible locations selected as options during the Obama administration — Greenbelt and Landover in Maryland and Springfield, Va. — are still viable locations for the future FBI headquarters. Jennifer Shutt/Maryland Matters.

MARYLAND RANKS 6th AMONG STATES FOR COVID RESPONSE: The health systems in Hawaii and Maine have performed best of all the states during the COVID-19 pandemic, according to new rankings that weighed such factors as vaccination rates, capacity in hospital and intensive care units, and death rates. Alabama ranked at the bottom in the scorecard, followed by Oklahoma, Kentucky, Mississippi and Georgia. Maryland clocked in at No. 6. Michael Ollove/Maryland Matters.

MONTGOMERY VOTERS GUIDE: This is an updated list of candidates for local and state offices in Montgomery County as of June 10. Candidates for county executive, county council and local judiciary offices are listed first, followed by the state legislature. Regina Holmes/MarylandReporter.

ENDORSEMENTS FOR MO CO OFFICES: With a contentious race for Montgomery County executive, along with a half-dozen open seats on the County Council due to term limits and an expansion in the membership of that body, there are no shortage of groups and organizations seeking to sway the outcome on July 19. Here is a compilation of primary endorsements by a number of organizations that are well-known locally and have established a presence in recent elections. Louis Peck/Bethesda Beat.

B’MORE’s LACK OF PUBLIC TRANSIT CITED AS EARLY CONCERN FOR FIFA: Early in Baltimore’s years-long bidding process to host matches in the 2026 World Cup, organizers from the international soccer governing body FIFA cited a lack of public transit infrastructure as a lone concern for the city’s capability. Adam Willis/Baltimore Banner.

WA CO ONLINE SCHOOL PROVES BLESSING FOR SOME FAMILIES: For Steven Lease and his family, the Academy of Blended Learning Education program in Funkstown has been a blessing. Run by Washington County Public Schools, the online school known as ABLE, recently completed its first year in operation. Lease, and many parents and students, found it to be a much-needed option in the county. Sherry Greenfield/The Hagerstown Herald Mail.