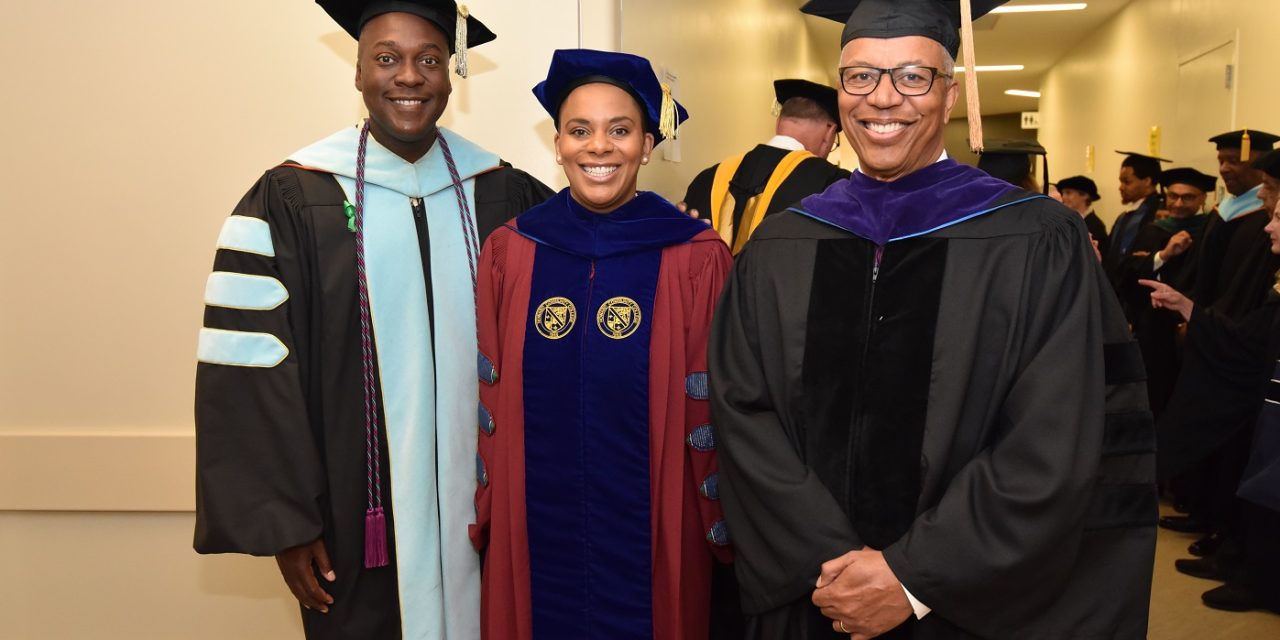 THE DOCTORS ARE IN THE HOUSE: Besides the Naval Academy graduation and many others around the state on Friday, Lt. Gov. Boyd Rutherford, right, was the commencement speaker at the Howard Community College ceremony at UMBC along with Howard County Executive Calvin Ball, left, and HCC's new president, Daria Willis, center. All three have doctorates. Governor's Office photo by Patrick Siebert.

GAS TAX HIKE SET TO GO INTO EFFECT: Memorial Day travel may have been pricey this year for Marylanders, but the Fourth of July travel may be more expensive because of an automatic increase in the state’s gas tax. Legislative leaders appear to be content with accepting the scheduled tax hike for another year despite pushback from some elected officials. Dwight A. Weingarten/The Salisbury Daily Times

POLICY ADVISERS SOUGHT FOR EDUCATION BLUEPRINT PANEL: The board charged with overseeing the implementation of a decade-long plan to reform the state’s education system announced that it is seeking applicants to advise them on key policy areas. The Blueprint for Maryland’s Future, which took years to pass, is a multibillion-dollar effort to bring new programs to public schools that will expand early childhood education, increase pay and career opportunities for teachers, invest in college and career preparedness for students and provide more support to high-poverty schools. Elizabeth Shwe/Maryland Matters. 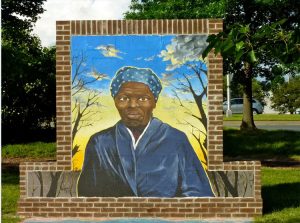 NEW MO CO SCHOOL NAMED FOR TUBMAN: Montgomery County school officials named its new elementary school in Gaithersburg after Harriet Tubman, making it one of the first schools — and the only one in modern times — in Tubman’s home state to have her namesake, according to a registry of schools from the Maryland Department of Education. Nicole Asbury/The Washington Post.

ED BOARD ACTS ON COMPLAINT AGAINST PG SCHOOL OFFICIAL: The Maryland State Board of Education voted last week to issue a notice of charges against the head of the Prince George’s County Board of Education, whose colleagues have sought to remove her from office. Danielle Gaines/Maryland Matters.

JUDGE DELAYS TRIAL FOR FREDERICK MAN CHARGED IN INSURRECTION: A federal judge has postponed for a trial for a Maryland man charged with storming the U.S. Capitol and breaking a window to enter the building during last year’s riot. The bench trial for Nicholas Rodean of Frederick was scheduled to start June 3. On Friday, U.S. District Judge Trevor McFadden rescheduled it for July 11. The Associated Press.

CARJACKINGS SURGE IN B’MORE, ELSEWHERE: There is a surge in carjackings in Baltimore, and across the country. So far, the city has recorded a more than 50% increase in carjackings, with more than 200 cases this year. Carjackings also are up in Baltimore County, where the police department has a specialized unit focused on the issue, by six to 38 so far this year. Jessica Anderson/The Baltimore Sun.

PRIMARY DEBATES: Josh Kurtz of Maryland Matters moderates the debate of Democratic comptroller candidates Tim Adams and Brooke Lierman Tuesday, May 31, 7 p.m..  Register here. And here’s the flyer. The League of Women Voters is the lead sponsor along with MarylandReporter.com, MarylandMatters.org, Maryland Nonprofits, Maryland Latinos Unidos and the University of Baltimore’s Schaefer Center for Public Policy, the online host.

CANDIDATE FOR GOVERNOR PROFILE: ASHWANI JAIN: A millennial, childhood cancer survivor and son of immigrants, Maryland has a unique gubernatorial candidate in 32-year-old Ashwani Jain (D). “This [campaign] goes to … people of color who feel like this country doesn’t value their lives, women who feel disgusted that men can still decide what you do with your body, people with disabilities who feel talked down to continuously and young people who also feel and are told they’re don’t have enough experience to lead on issues,” Jain said in a recent interview. Hannah Gaskill/Maryland Matters. 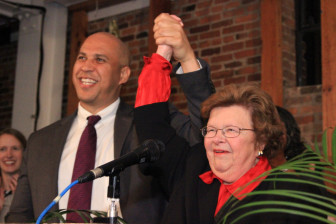 POLITICAL NOTES: BOOKER HEADLINES DEM LOVEFEST: The Maryland Democratic Party’s annual gala at the Camelot catering hall in Upper Marlboro last week drew 1,000 people and a fiery speech by keynote speaker New Jersey Sen. Cory Booker, who jokingly made note of the large Democratic field for governor, saying, “I saw all the people who are running for governor and I thought, the ballot’s gonna be longer than a CVS receipt.” Josh Kurtz, Hannah Gaskill and Louis Peck/Maryland Matters.

WES MOORE TESTS POSITIVE FOR COVID; REMAINS ASYMPTOMATIC: The author, entrepreneur and political candidate Wes Moore announced Monday that he has tested positive for the COVID-19 virus. Moore, 43, who is seeking the Democratic party’s nomination for Maryland governor, revealed on Twitter that he is infected but asymptomatic. Mary Carole McCauley/The Baltimore Sun.

GUN DEBATE HITS ARUNDEL EXEC RACE: After the nation was rattled this month by two mass shootings at a grocery story and an elementary school, the contentious debate about how to counteract gun violence is now making its way into the Anne Arundel County executive’s race. Dana Munro/The Capital Gazette.

‘NO MOW MAY’ LANDS BA CO MAN ON WRONG SIDE OF CODE: Jack Trimper of Baltimore County was participating in ‘No Mow May’ when he found himself on the other side of county codes. And a year-old state law didn’t help him. House Bill 322, passed in 2021, prevents homeowners and condominium associations from imposing “unreasonable limitations on low-impact landscaping,” including rain gardens and pollinator gardens. Christine Condon/The Baltimore Sun.

EARLY DISMISSAL FOR B’MORE SCHOOLS: Baltimore City Schools announced early dismissal Tuesday for the two dozen schools whose buildings lack air conditioning. Temperatures both Tuesday and Wednesday are expected to reach the mid-90s. Baltimore’s school buildings are the oldest in the state and in need of significant upgrades or replacement. Christina Tkacik/The Baltimore Sun.

FREDERICK RESIDENTS CALL FOR ACTION OVER MASS KILLINGS: More than 100 people gathered Monday in the parking lot outside the former Frederick Towne Mall to remember the 21 lives lost last week in the mass shooting at Robb Elementary School in Uvalde, Texas. Speaking from the bed of a pickup truck, people called on congressional leaders to enact gun reform and stop accepting financial contributions from the NRA. They also called on Frederick County officials to take action to prevent a similar mass shooting from happening locally. Jack Hogan/The Frederick News Post.

LOVE & THE CONSTITUTION: “Love & The Constitution” is a documentary from MSNBC Films that provides an insider’s view into the life of Maryland U.S. Rep. Jamie Raskin and an intimate look at both a nation and congressman in crisis. It follows Raskin over three years as he fights to defend democracy during Donald Trump’s presidency and in the second impeachment trial and navigates his personal tragedy amid the loss of his son.