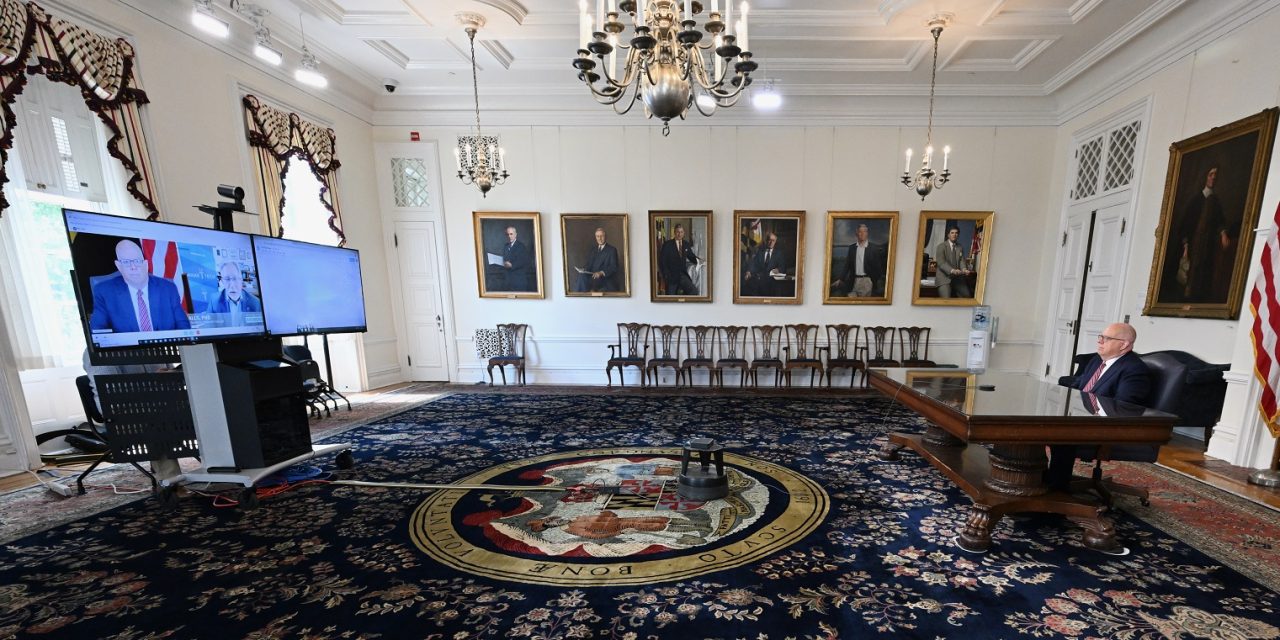 COMMITTEE ISSUES REPORT ON MCGRATH, CALLS FOR CIVIL LEGAL ACTION: A legislative committee investigating the tenure of Roy McGrath as head of the Maryland Environmental Service issued a withering report Thursday, suggesting McGrath flouted state personnel rules, received tens of thousands of dollars in questionable reimbursements, and mischaracterized the details of a lucrative bonus arrangement he negotiated as he was leaving the agency. Josh Kurtz/Maryland Matters

BALTIMORE COUNCIL MEMBERS CALL FOR SHORT-TERM CRIME CRISIS PLAN: A group of Baltimore City Council members is calling on the Baltimore Police Department to draft and submit a short-term crime plan to ease violence in the city as well as making other demands ahead of budget discussions next month, saying the situation requires urgency. Emily Opilo/Baltimore Sun

WALDSTREICHER’S OPPONENT ALONE ON THE CAMPAIGN TRAIL: In Montgomery County’s most hotly contested state legislative race, state Sen. Jeff Waldstreicher’s primary challenger says he’s starting to feel a bit lonely on the campaign trail after showing up for events where the incumbent did not (citing child care issues). “There are major differences between my views and the incumbent’s views,” said Socol, frustrated after Waldstreicher missed the second forum of the race. “Rather than have an honest discussion about those differences with voters, the incumbent I think is just banking on his name recognition.”

MEDIA REQUEST GETS COURT FILINGS IN MOSBY CASE UNSEALED: Newly unsealed filings in the case against Baltimore State’s Attorney Marilyn Mosby show a protracted dispute over discovery materials, including recorded phone calls between Mosby and the company that manages her city retirement account. The filings are now available to the public because The Baltimore Sun, The Daily Record and The Baltimore Banner filed a motion to unseal records in Mosby’s criminal case. Madeleine O’Neill/The Daily Record

SHEEP GRAZE BENEATH SOLAR PANELS: With many solar arrays ending up on farmland, a movement is fast taking hold to make sure that they will benefit the environment, agriculture and wildlife, and not just create a sea of silicon. Allowing sheep to graze among solar panels has become one attractive antidote. AD CRABLE/BAY JOURNAL IN MARYLAND REPORTER

COMMENTARY: WELLER’S OUSTER LEAVES BEHIND UNFINISHED PORT COVINGTON: A clock is ticking for taxpayers in Baltimore City as Port Covington nears completion with no tenants and a new development company after Marc Weller was forced out of the developing area once touted as “Dubai on the Patapsco.” Marc Reutter/Baltimore Brew.