DEL. REZNIK: AUDIT OF MEDICAL EXAMINER OFFICE LACKING: A performance audit of the Office of the Chief Medical Examiner likely does not provide a full picture of problems within the agency, according to one state lawmaker. The audit made public Tuesday by the Office of Legislative Audits “did not disclose any findings that warrant mention.” Del. Kirill Reznik, D-Montgomery County, said it may fall short of painting a complete picture of the agency responsible for autopsies in the state. Bryan Sears/The Daily Record.

MOORE POLL SAYS HE IS GAINING ON FRANCHOT: A recent poll conducted for Wes Moore’s gubernatorial campaign shows the former nonprofit CEO and best-selling author gaining on Comptroller Peter Franchot, the longtime frontrunner in the Democratic primary who has been stalled with roughly the same percentage of the vote for the last several months. But 42% of the Democratic electorate remained undecided in the Moore campaign’s poll — confirming the views of many political professionals that the Democratic race remains unpredictable and could take several more twists and turns between now and the July 19 primary. Josh Kurtz/Maryland Matters.

FORMER SEN. LARRY YOUNG’s LEG AMPUTATED: Talk show host and former Maryland state legislator Larry Young has just brushed back death for the third time. He developed an infection in his foot that had been exacerbated by his Type 2 diabetes and had to have his leg amputated below the knee. Mary Carole McCauley/The Baltimore Sun.

OPINION: ENDORSEMENTS BY PROXY? Wicomico County Executive candidate Julie Giordano is trying a different tactic in her primary campaign. In a mailer shared with The Duckpin from a reader, Giordano lists her endorsements from Dan Cox and Gordana Schifanelli by also listing two of their endorsements. Brian Griffiths/The Duckpin.

B’MORE SET TO PROTECT REPRODUCTIVE HEALTH: Baltimore Mayor Brandon Scott is expected to work with the City Council to establish a fund to support organizations that protect reproductive rights and health. Councilman Zeke Cohen and fellow lawmakers made the ask in the form of a resolution approved last night by the council in the wake of widespread concern as the U.S. Supreme Court is poised to strike down the Roe V. Wade decision that guarantees the right to an abortion. Fern Shen/Baltimore Brew.

TRONE SEEKS FED BUCKS FOR 4 FREDERICK PROJECTS: Four Frederick County projects — including renovations to Frederick’s soup kitchen and equipment for a crisis stabilization center in the county — could receive federal funding in the next fiscal year. The four projects were included in U.S. Rep. David Trone’s appropriations requests for the federal 2023 fiscal year, which begins in October. Ryan Marshall/The Frederick News Post.

OPINION: A CLEAR CASE FOR THE DEATH PENALTY: On Friday, 21 people were shot in three separate incidents in Milwaukee after a Bucks’ playoff game. On Saturday, police say a hate-filled teen-age racist massacred 10 citizens in Buffalo, New York. On Sunday, six people were injured and one killed in a mass shooting at a church in Laguna Woods, California. These outrages call unmistakably for the death penalty, particularly for the perpetrator of the New York shootings. Richard E. Vatz and Jeffrey A. Schaler/The Baltimore Sun.

JUDGE WEIGHS TIMING OF LACKS’ FAMILY LAWSUIT: Timing is critical to whether a lawsuit over the use of cells taken from Henrietta Lacks over 70 years ago will be able to continue in federal court. The biotech company facing the lawsuit, Thermo Fisher Scientific Inc., argued before a judge Tuesday that Lacks’ family should have brought their claims years ago, when they first learned that pharmaceutical companies were profiting off the medical discoveries gleaned from Lacks’ cells, which were taken without her knowledge or consent in 1951. Madeleine O’Neill/The Daily Record. 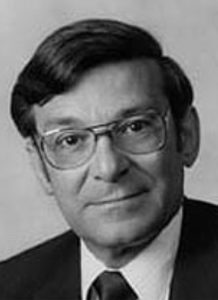 SIDNEY KRAMER, 3rd MO CO EXEC, DIES AT 96: Sidney Kramer, a businessman and political figure who won election in 1986 to become the third person to serve as Montgomery County executive, died May 16 at his home in Rockville. He was 96. Martin Weil, Rebecca Tan and Meagan Flynn/ The Washington Post.