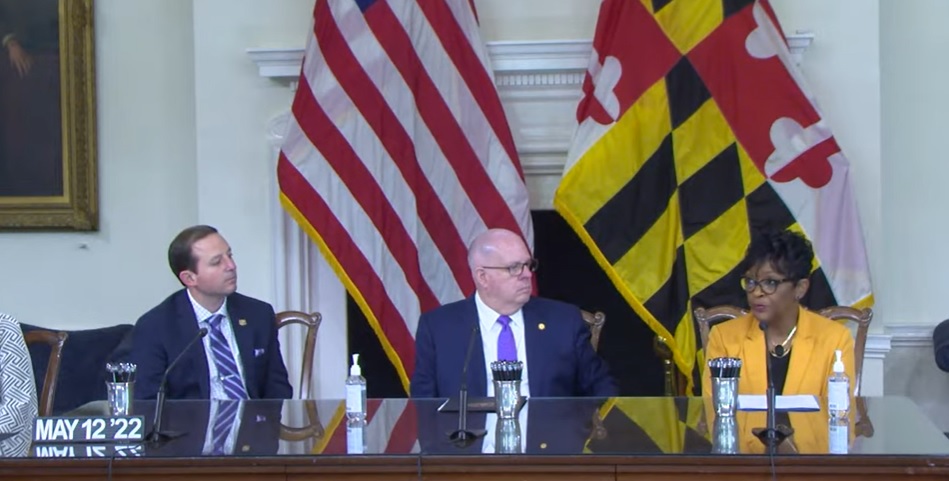 CONGRESSIONAL FUNDRAISING LARGEST IN TWO CONTESTED DISTRICTS: Candidates in competitive congressional races in Maryland are raising millions ahead of the July 19 primary, while Democratic incumbents in what are considered safe seats are using their fundraising power to support the party and its candidates elsewhere, Federal Election Commission filings show. Tatyana Monney/Capital News Service in The Daily Record

PUGH BREAKS PUBLIC SILENCE: Former Mayor Catherine Pugh has broken her silence since being released from jail, making her first public appearance at the 2022 AFRO High Tea in Baltimore at Martin’s West. She will step in as interim host of former Sen. Larry Young’s morning show on WOLB 1010 AM, and already has topics like Baltimore’s Black economy and digital equity at the top of her list. “You can talk about me- you can do whatever you want. But you can’t take God’s gifts that were given to me away from me,” Pugh said. Alexis Taylor/The Afro

SCOTT RESPONDS TO HOGAN AGAIN ON CRIME: Mayor Brandon Scott said the city is not going to change its crime-fighting strategy in the wake of a rise in non-fatal shootings that includes two mass shootings that left one person dead and eight wounded on Tuesday. “This is what got Baltimore to this place, every time there is a violent act, we switched, we switched we switched,” Scott told reporters. Robert Lang/WBAL-AM