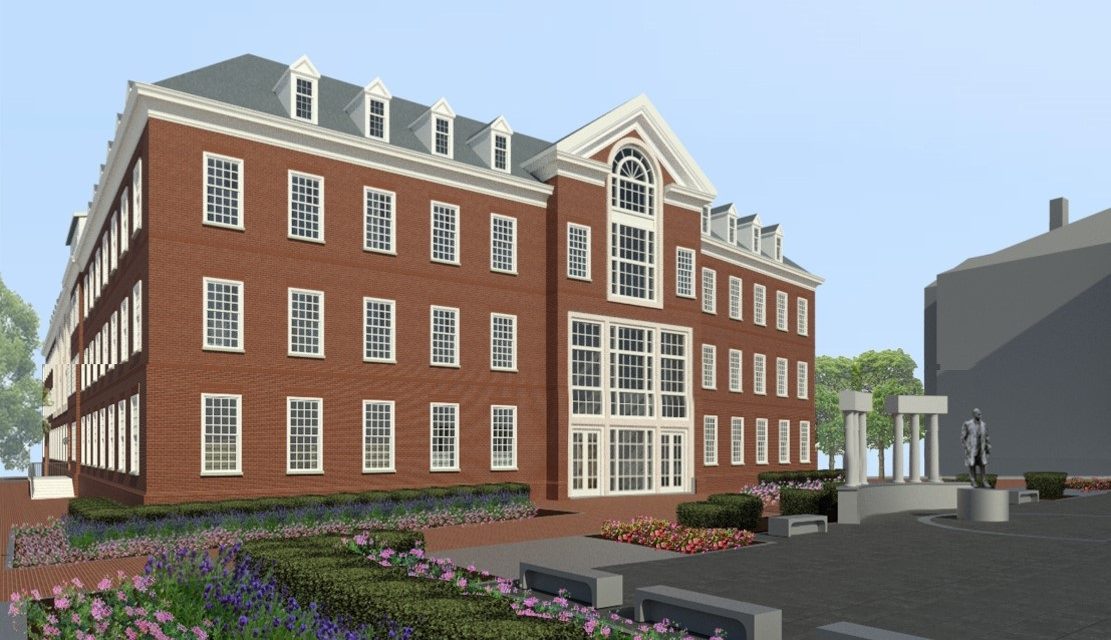 This is a rendering of the new Legislative Services Building that will replace the one on Lawyer's Mall across from the State House. The old DLS building is about to be torn down. The Maryland Stadium Authority is managing the project. Stadium Authority rendering

HOGAN KEEPS STANCE ON DENYING ABORTION TRAINING FUNDING: Despite pleas from some Maryland Democratic lawmakers and officials, Gov. Larry Hogan does not plan an early release of $3.5 million in funds set aside for training additional clinicians to perform abortions in Maryland before doing so is required next year. Christine Condon/Baltimore Sun

FED PROSECUTORS KEEP PUGH REDUCTION SECRET FOR NEARLY TWO YEARS: The seemingly tough sentence against former mayor Catherine Pugh for wire fraud and tax evasion was subsequently weakened thanks to a settlement agreement, inked outside of public view by prosecutors and Andrew C. White, one of Pugh’s attorneys at Silverman Thompson, and kept out of court records for 19 months. Mark Reutter and Fern Shen/Baltimore Brew

CONSENT DECREE AGREED TO IN CASE OF SPECIAL EDUCATION DEATH: The estate of Bowen Levy and the Anne Arundel County Board of Education entered into a consent decree Wednesday after a student died after choking on a disposable glove at school. Under the decree, the system will pay $2.5 million, implement a special safety protocol geared toward children with a specific form of autism and provide special education staffing data to the family. Rachael Pacella/Capital Gazette

MASSIVE LEAD HAZARD PROBLEM REMAINS IN BMORE: There are an estimated 85,087 occupied housing units in Baltimore with “dangerous lead hazards” — and the total price tag for lead abatement work on those units could be between $2.5 billion and $4.2 billion, according to a recent report from the Abell Foundation. Bennett Leckrone/Maryland Matters

CARROLL FORMS POLICE ACCOUNTABILITY BOARD: Carroll County commissioners voted 3-1 Thursday to adopt a resolution creating a police accountability board required by state law. The resolution specifies that members shall not have a criminal charge pending or have been convicted of a crime in federal or state court. Madison Bateman/Carroll County Times

TEACHERS UNION RESCINDS ENDORSEMENT AFTER SEXUAL HARRASSMENT CHARGES: The Montgomery County’s teachers union is rescinding its endorsement of Brandy Brooks, an at-large candidate for the County Council. Brooks has been accused of sexual harrassment from a former staffer but is staying in the race. Steve Bohnel/Bethesda Beat