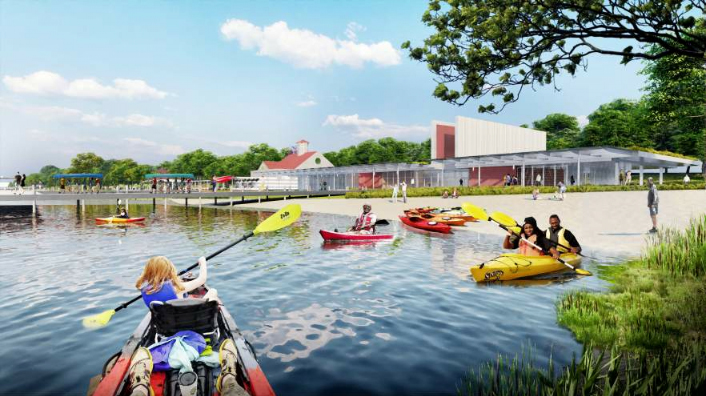 SCHOOL BOARD RACES ATTRACT FIRST-TIME CANDIDATES: Maryland’s nonpartisan school board races this fall have attracted first-time candidates, but few incumbents, as the nation’s culture wars spill into the public education arena. More than 50 candidates from Baltimore City and Baltimore, Carroll, Harford and Howard counties filed before the April 15 deadline to run for about 20 open school board seats. Lillian Reed and Sabrina LeBoeuf/The Baltimore Sun.

IN HARFORD JUDGE’s ORDER, A SIGN OF GROWING PAINS: A Harford County judge on Thursday ordered the Sheriff’s Office to turn evidence over to the Attorney General’s Office immediately and found that the attorney general’s office — not local law enforcement — leads investigations of deaths involving police officers in Maryland. The ruling amounted to a powerful affirmation of the legislature’s intent to increase transparency and to restore public trust in law enforcement. But the challenge highlighted the growing pains associated with trying to achieve significant change, observers said. Alex Mann/The Baltimore Sun.

FBI MOVE GETTING BACK ON TRACK: The final selection process for a new location for the headquarters of the Federal Bureau of Investigation is back on track after years of delays. Now, the Biden administration has a Sept. 11 deadline for selecting one of the three proposed sites, two in Maryland and one in Virginia. The new headquarters would house an estimated 7,500 employees. Ashkan Motamedi/Capital News Service.

LAWMAKERS PUSH FOR EXPANDED MEDICAID FOR TRANSGENDER CARE: In light of recent federal policy changes, Sen. Mary L. Washington (D-Baltimore City) and Del. Anne R. Kaiser (D-Montgomery) are urging the Department of Health to redesign its Medicaid policy surrounding health care for transgender Marylanders, saying that the state is at risk of being sued for violating nondiscrimination provisions under the Affordable Care Act. Hannah Gaskill/Maryland Matters.

COVID VAXX FOR KIDS UNDER 5 EXPECTED IN JUNE: Children under 5 could be getting their COVID-19 vaccines in June, when the FDA is set to make a decision on authorizing Moderna and Pfizer vaccines. Dr. Leana Wen, emergency physician and former Baltimore city health commissioner, said her two children will be first in line when the FDA gives the green light. Sarah Kim/WYPR-FM.

DEM RACE FOR GOVERNOR REMAINS A QUANDARY: There are decades of governmental experience and public service among them. Connections they’ve established with voters and relationships with powerful allies have deep roots. Millions in campaign donations are flowing their way. Maryland’s 10-man field is set in the race for the Democratic nomination for governor. But in such a crowded pack of viable candidates, the race is anything but settled less than three months before the July 19 primary. Sam Janesh and Bryn Stole/The Baltimore Sun.

MOORE STILL ON HOT SEAT OVER REPRESENTATION: Fox45 News has been digging into gubernatorial candidate Wes Moore’s background, finding some inaccuracies in how he’s allowed himself to be presented. Shelley Orman/WBFF-TV.

ELRICH FIGHTS TO DEFEND RECORD: Marc Elrich, 72, has had a 35-year political career. Yet, to many of his supporters, the Montgomery County executive has never been a traditional politician. His authenticity helped Elrich build a devoted army of supporters even as it made him a divisive figure. As he seeks a second term, attacked from multiple sides on unfulfilled campaign promises and his post-pandemic plans, Elrich is struggling to defend a record he says is misunderstood. Rebecca Tan/The Washington Post.

GREEN PARTY CANDIDATE INTENDS TO RUN FOR MO CO EXEC: Devin Battley, 71, of Derwood , a political newcomer, motorcycle enthusiast and president of a property owners’ association in an office park near Gaithersburg has filed his intent to run for Montgomery County executive as a member of the Green Party. Steve Bohnel/Bethesda Beat.

AN ATTENDEE SPEAKS ON B’MORE COUNCIL CHAOS: Krisha Syrkes, a federal employee from Virginia who has been trying to buy a home in Baltimore through the Boston-based Neighborhood Assistance Corp. of America, gives a fuller picture of events leading up to a Baltimore city committee hearing that was apparently meant to garner support for the Dollar Home legislation, but ended up as something else. Fern Shen/Baltimore Brew.

MIDDLE BRANCH PROJECT HOPES TO RIGHT MYRIAD WRONGS: A lofty, 20-year plan to restore the Middle Branch in Baltimore city and turn it into a stunning recreation spot would undo decades of neglect, waste and racism. State, local and federal officials have made some efforts to undo damage inflicted inflicted on the waterway and its residents. But major obstacles remain. Emily Opilo/The Baltimore Sun.

CITIZEN SCIENTISTS TO MAP MO CO HOT SPOTS: What’s the hottest summertime spot in Montgomery County? A group of citizen scientists will soon find out. Montgomery County is undertaking a project to map out various temperatures of its neighborhoods as a part of a national effort to keep track of heat inequities and find solutions for the county’s urban heat islands. Elizabeth Shwe/Maryland Matters.