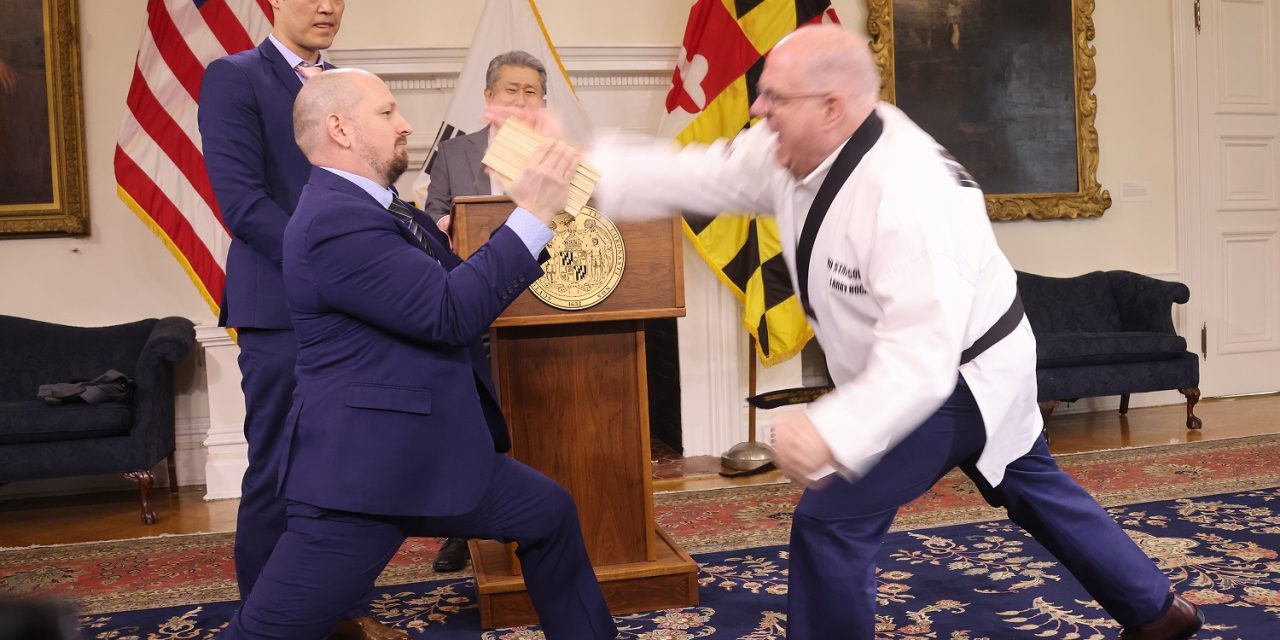 MARYLAND STADIUM PLAN CENTERS ON $400M OF AREA UPGRADES: Maryland’s incentive package to keep the Washington Commanders in Landover would spend $400 million in the area around FedEx Field, but it forbids building a stadium for the team. Erin Cox, Laura Vozzella and Julie Zauzmer Weil/The Washington Post.

FINE-TUNING POLICE REFORM BILLS PROVES DIFFICULT: One year after lawmakers passed sweeping police reform bills in Maryland, attempts to fine-tune those reforms have largely withered this General Assembly session. Lawmakers have revisited some of these policies, but not without charged debate. Hannah Gaskill/Maryland Matters.

WINNERS & LOSERS IN NEW CONGRESSIONAL MAP: There were clear losers and obvious winners when Republican Gov. Larry Hogan on Monday signed the second congressional map that the General Assembly passed. But there were some less obvious winners and losers as well. Included in the winners’ column is U.S. Rep. Andy Harris and state Del. Neil Parrott, both Republicans. Staff/Maryland Matters.

WEIGHING POLITICAL ENDORSEMENTS: For months, the leading candidates for governor in both parties have been working to line up endorsements from groups and individuals. Once an endorsement is sewn up, the candidates promote it to raise their profile, money and excitement among boosters. From the state’s largest labor unions down to former council members from small towns, political candidates are not shy about touting their backers. But some endorsements matter more than others, political observers say. Pamela Wood/The Baltimore Banner.

MIKULSKI ENDORSES O’MALLEY FOR ATTY GEN: Barbara A. Mikulski, a legend in Maryland Democratic politics and the state’s first female senator, endorsed former judge Katie Curran O’Malley in the competitive primary race to be attorney general. Mikulski said in a statement that she has known O’Malley for decades and believes “she is uniquely qualified” to become the state’s first female attorney general. Erin Cox/The Washington Post.

BILL WOULD MONITOR SYNTHETIC TURF WASTE: No federal or state laws regulate the tracking or disposal of synthetic turf fields. Del. Mary Lehman (D-Prince George’s) has sponsored bills throughout her tenure that would identify synthetic fields as hazardous waste to be disposed of properly. She has sponsored turf bills in 2019, 2020 and 2021 without success. This year, a bill has gained traction. Rosanne Skirble/Maryland Matters. 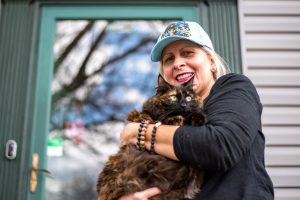 Ginny Boveington, outside her house in Crofton with cat Cleo, is the administrator for the 200-member Facebook group Maryland Tortie Cat Club and a strong proponent of the bill to outlaw declawing cats. (Joe Ryan/Capital News Service)

CAT LOVERS URGE HOGAN TO SIGN DECLAW BAN: Feline advocates are celebrating their legislative victory on a bill to outlaw declawing cats and urging Republican Gov. Larry Hogan to sign it. The bill (SB67) to outlaw declawing except for specific medical reasons, won final approval in the Senate on Monday, and is now on Hogan’s desk. Logan Hill of Capital News Service/Maryland Reporter.

MOSBY GETS TRIAL DELAYED, MORE LEGAL SUPPORT: In February, after her indictment charges, Baltimore City State’s Attorney Marilyn Mosby requested a speedy trial. On Friday, court documents showed she wanted it postponed to September, and the new date has been granted. Staff/WBAL-Radio.

EX-POLICE SGT TESTIFIES TO HIS ILLEGAL ACTIONS IN B’MORE: Money. Cocaine. A gun. Former Baltimore Police Sgt. Keith Gladstone admitted Tuesday to stealing all of that, and more, during his testimony as a witness for the U.S. government in a case against one of his previous subordinates. Leo Sanderlin/The Baltimore Sun.

OLSZEWSKI WARNED ABOUT COUNTY PENSION FUND: A Baltimore County Councilman is sounding the alarm about the health of the county’s pension plan for its retirees. Democratic Councilman Tom Quirk said County Executive Johnny Olszewski needs to address it in the budget he is presenting to the council next week. John Lee/WYPR-FM