HOGAN’S SPENDING BIG ON CRIME, URGES PASSAGE OF BILLS: Maryland Gov. Larry Hogan on Thursday berated the Democratic-controlled General Assembly for not passing his emergency crime measures as violence continues to surge in Baltimore and lawmakers move closer to the end of their 90-day session. Ovetta Wiggins/Washington Post

MOSBYS: CAMPAIGN CONTRIBUTION CAME FROM WIDOW, NOT DEAD GRANDFATHER: Nick and Marilyn Mosby say that Marilyn’s octogenarian grandmother wrote the checks that The Brew disclosed yesterday were listed in campaign reports as coming from Marilyn’s dead grandfather. Since they entered elective office, the Mosbys have recorded more than $8,000 in donations attributable to Marilyn Mosby’s grandparents. Mark Reutter/Baltimore Brew

COMMENTARY: BLACK PEOPLE HIT HARDEST BY WAR ON DRUGS: As the Maryland General Assembly considers legalizing recreational cannabis, we need a policy that explicitly repairs the harm that has been done to Black people as a result of the war on drugs. Dayvon Love/The Afro

JUDGES GETTING A RAISE: Maryland’s 320 judges will receive a $10,000 salary increase for each of the next four years beginning July 1 under a joint General Assembly resolution enacted this month. Steve Lash/The Daily Record

SENATE PRESIDENT ON GAS TAX, CRIME: Maryland Senate President Bill Ferguson on Thursday gave a radio interview on a number of different topics including the 30-day gas tax holiday and crime. C4 and Bryan Nehman/WBAL AM 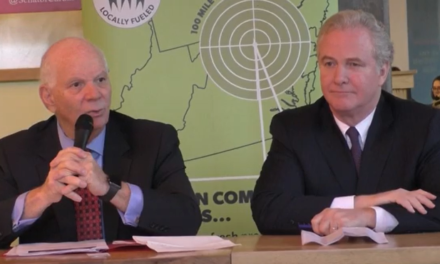