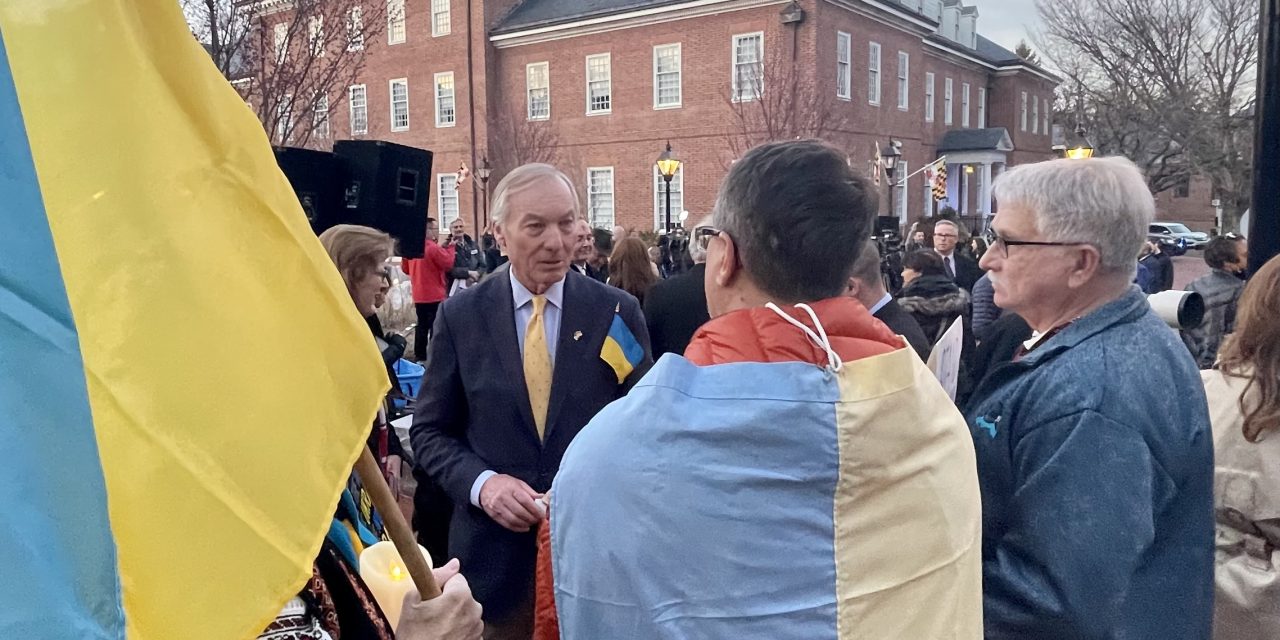 ANNAPOLIS — Maryland Comptroller Peter Franchot is urging legislative leaders to pass a state income tax credit for contributions to humanitarian aid for Ukranians, as over 1 million refugees flee the country amid Russian attacks.

The tax credit would be a way to incentivize further support from Marylanders for the crisis in Eastern Europe, Franchot said .

“Given our state’s historic surplus, we are in a sound financial position to provide an income tax credit to incentivize contributions from individuals and businesses toward humanitarian aid to the people of Ukraine,” Franchot said in a letter Thursday to House Speaker Adrienne Jones, D-Baltimore County, and Senate President Bill Ferguson, D-Baltimore.

At a news conference Friday, Ferguson said he had not yet read the letter but was open to exploring all ideas to help support Ukrainians. Most charitable donations are already deductible from income, he said.

“We are looking at how to make Maryland a more tax-competitive place this year,” Ferguson said. “We are in very intense conversations about what potential policies we can do, including support for Ukraine.

“We are having a very comprehensive look at our tax code this year to see with a (budget) surplus, can we be financially sustainable and reasonable, while also becoming more competitive with our tax brackets.”

Franchot had not received a response from Ferguson or Jones by Friday, according to his office.

Throughout the week, Maryland’s leaders have drawn attention to the Ukrainian crisis. Gov. Larry Hogan, R, hosted a “Ukraine Solidarity” candlelight vigil Wednesday in front of the State House.

“Here in Maryland, we stand on the side of peace and freedom,” Hogan said at the event. “This truly has united the people of Maryland, of America and the world.”

At the beginning of February, the system had $197 million in Russian assets. It held $32 million by Thursday, officials said.

“We want to make sure that Maryland is not contributing to an international crisis,” Sen. Sarah Elfreth, D-Anne Arundel, who co-chairs the joint committee, said at the meeting.

Senior citizens in charge at the State House