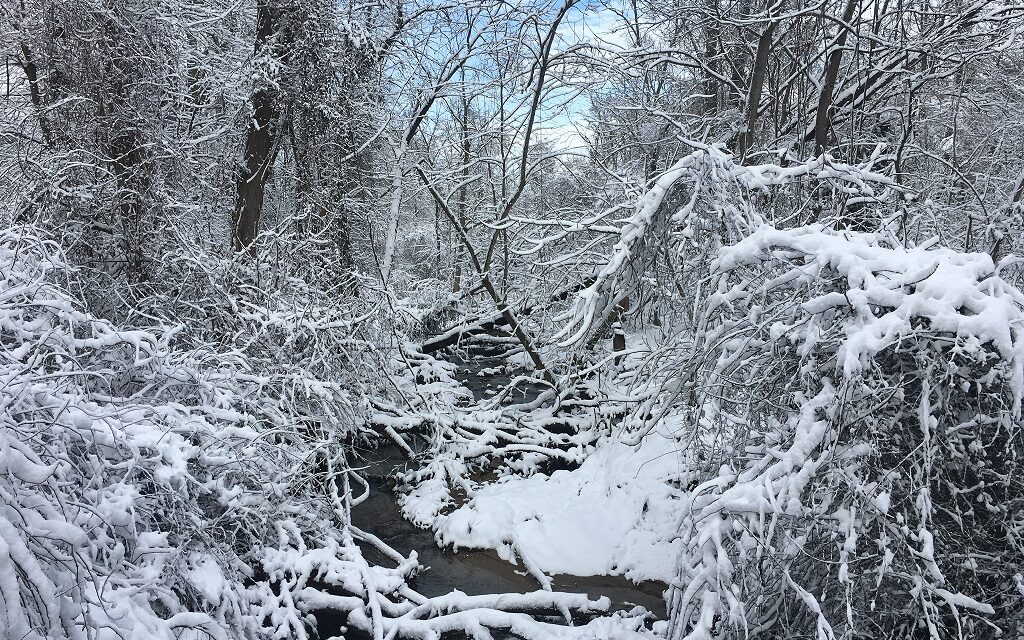 A stream in Columbia's Owen Brown village after the first major snowfall in two years. MarylandReporter.com photo by Len Lazarick 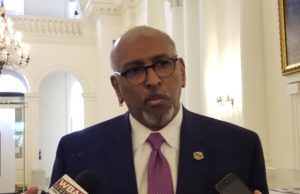 STUDY: STATE’s EARLY COVID MEASURES IMPACTED ECONOMY: COVID-19 mitigation measures taken in the first 13 months of the pandemic weighed heavily on Maryland’s economy and workforce, a new report by the independent, nonpartisan think tank Georgia Center for Opportunity. It ranked Maryland No. 11 in its analysis, “Assessing Each State’s Response to the Pandemic: Understanding the Impact on Employment and Work.” David Fidlin/The Center Square for Maryland Reporter.

BA CO, HARFORD TAKE MORE STEPS TO FIGHT COVID: Baltimore County’s mask mandate is now in effect through the end of January. The County Council during its Monday meeting approved a resolution by a 6-1 margin that County Executive Johnny Olszewski Jr. announced last week reinstating a state of emergency during the coronavirus pandemic, giving the administration authority to require face coverings indoors and allowing them to quickly procure supplies. Taylor DeVille/The Baltimore Sun.

MARYLAND HITS NEW HIGH WITH COVID HOSPITALIZATIONS: At the start of 2022, 22 months into the pandemic, more Marylanders are hospitalized for COVID-19 than ever before. State health officials logged 2,746 COVID-19 hospitalizations Monday, an increase of nearly 200 people from the day before, according to the latest figures. Hallie Miller and Meredith Cohn/The Baltimore Sun.

HOSPITALS TURN TO LEGISLATURE FOR WORKFORCE HELP: Maryland’s hospitals and health care providers, overburdened by the impact of the pandemic, are looking to legislators for solutions and support in the 2022 General Assembly session, especially hoping to find answers to an ongoing workforce shortage, which is affecting a broad range of industries nationwide but has especially affected health care providers as it coincides with the other pressures of the pandemic. Johanna Alonso/The Daily Record.

FOUR SUE SUSPENDED PG OFFICER, COUNTY: The Baltimore law firm of Murphy, Falcon & Murphy have filed a lawsuit on behalf of four plaintiffs against suspended Cpl. Michael A. Owen Jr. and Prince George’s County, seeking more than $75,000 each in compensation for “physical, emotional, mental, and financial injuries” as well as punitive damages. In addition to the incidents involving them, the suit catalogues other incidents in which Owen has been accused of excessive force during his decade on the force. Steve Thompson/The Washington Post.