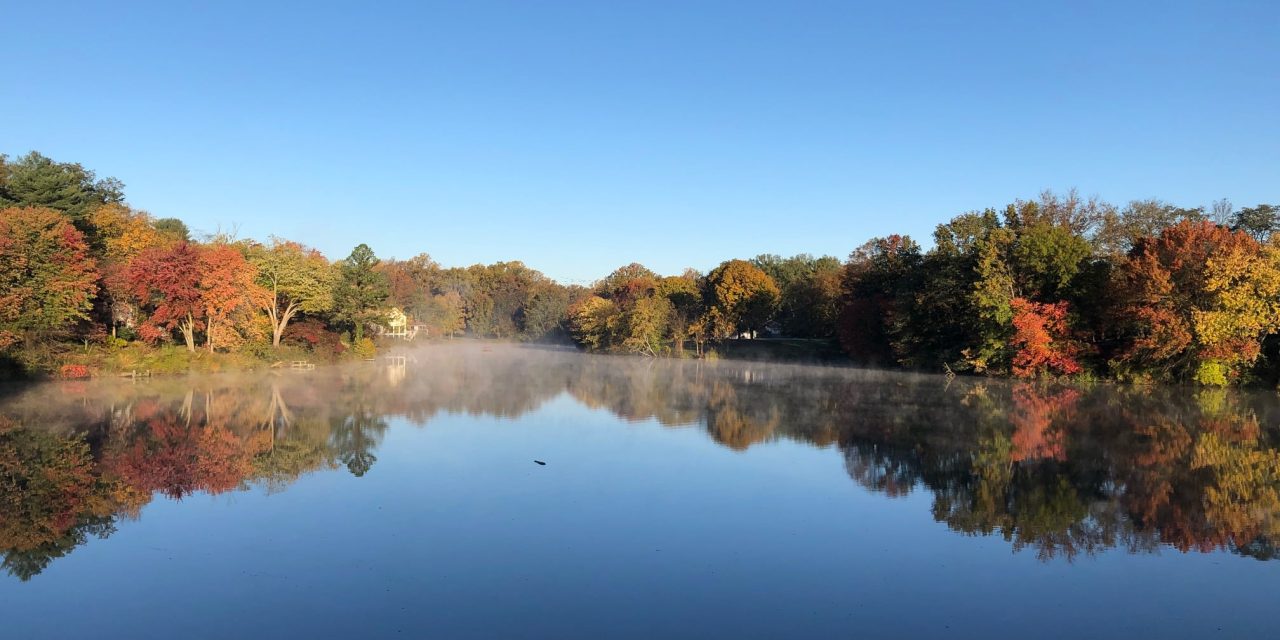 Early morning fog on Wilde Lake in Columbia. Photo by Jay Hierholzer from his Facebook page.

GOV HOPEFUL SCHULZ SAYS NO TO VAXX MANDATES: State Commerce Secretary and GOP gubernatorial candidate Kelly Schulz Monday reiterated her opposition to government sanctioned COVID-19 vaccine mandates, Bryan Renbaum of Maryland Reporter writes. “I have been double-vaccinated. And I look forward to very soon getting my booster shot. Same with my husband — to make sure that he and I remain safe, and that our family remains safe,” Schulz said. Her opposition to mandates seemingly conforms with standard Republican orthodoxy.

INFRASTRUCTURE WORK IN STATE’s FUTURE: Kevin Kinnally of Conduit Street breaks down what President Biden’s infrastructure package could mean for Maryland, including $4.1 billion for highway aid and $409 million for bridge replacement and repairs.

O’MALLEY FORMS CAMPAIGN COMMITTEE: Recently retired Baltimore Judge Catherine “Katie” Curran O’Malley formed a campaign committee Monday, a first step toward a possible run for attorney general. O’Malley, 59, is a Democrat who spent two decades as a Baltimore District Court judge and worked as a Baltimore County prosecutor before that, Pamela Wood of the Sun reports.

PG LEGISLATIVE DISTRICT 23 CHANGING IN NUMEROUS WAYS: The political fallout continues from former state Sen. Douglas J.J. Peters’ decision to resign and take a seat on the University System of Maryland Board of Regents. Peters’ appointed replacement for the Prince George’s County District 23 seat, Ronald Watson Jr., who had been a delegate, has begun to assert his authority as leader of the district’s legislative delegation. It appears that the district, which has been split between two House subdistricts, will become unified, thus electing three House members and scrambling the political calculus in innumerable ways, Josh Kurtz of Maryland Matters reports.

VAXX CLINICS START FOR KIDS 5-11: The Prince George’s County Health Department will oversee the clinics at 37 elementary schools and 15 high schools for more than a month. About 300 people pre-registered for Monday’s clinic in Glenarden, reports William Ford for the Washington Informer. Children who receive the first dose at one of the elementary or high schools may return three weeks later to get the second and final dose.

OPINION: TRANSPARENCY IN HARFORD HEALTH OFFICER FIRING NEEDED: In a column for the Aegis, Dr. David Bishai, who was fired by the Harford County Council as county health officer, opines that “My abrupt termination amid a smoke screen to cover political motivation might be permissible treatment for an at-will employee of the state, but it is at odds with transparent governance. … I want the residents to know that I for one would welcome an open inquiry into my conduct of the Health Department, and I wish the Board of Health agreed to be more transparent.”

LAWYERS’ PRO BONO WORK DROPS: The percentage of Maryland lawyers who reported doing some pro bono work fell slightly last year, according to a report that captures data from the first three months of the coronavirus pandemic, Madeleine O’Neill of the Daily Record reports. Overall, Maryland lawyers provided more than 1 million hours of pro bono services between July 2019 and June 2020. But the proportion of lawyers who provided those services fell to just below 40%, down from 41% in the previous reporting period and about 45% in the three previous years.

ARUNDEL TEACHERS UNION FILE GRIEVANCE: The Teachers Association of Anne Arundel County has sent a grievance to the Board of Education alleging contract violations, including an increase to the amount of nonprofessional work teachers are doing, such as monitoring recess. The union’s contract states that except for in emergencies, individually assigned, nonprofessional duties cannot exceed 20 minutes per day during the student day, Rachael Pacella of the Capital Gazette reports.