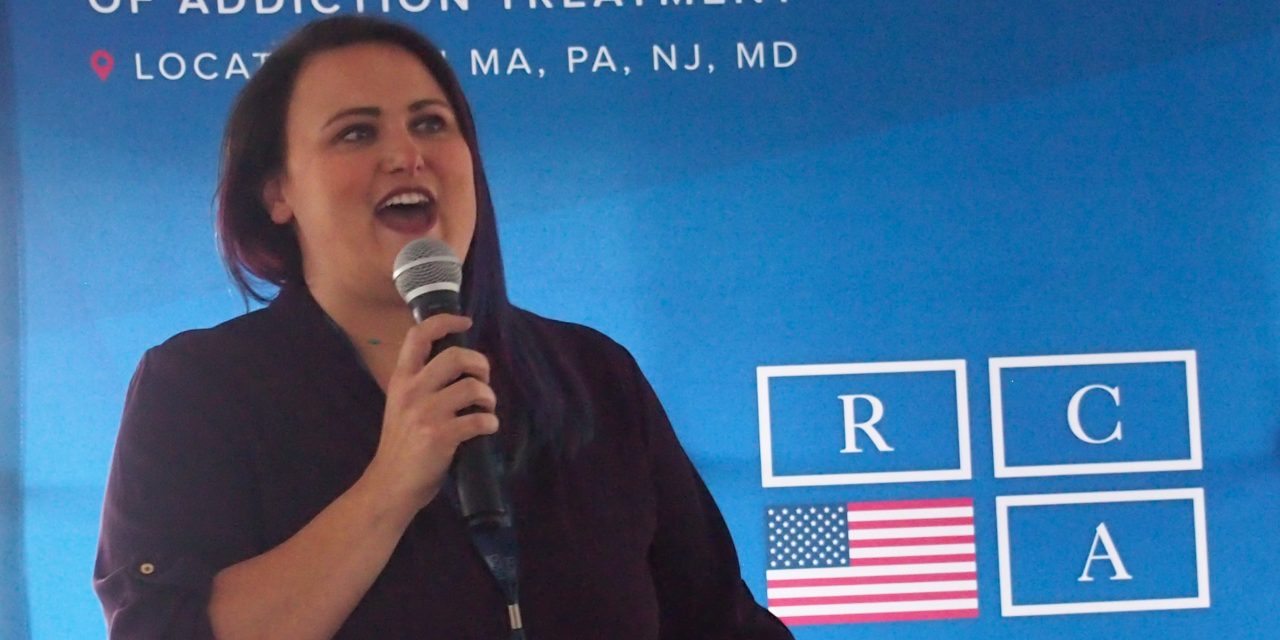 ANNAPOLIS, Md. — At two Maryland substance use disorder treatment facilities, patients can use music, yoga and even a virtual reality lesson plan to practice mindfulness and decrease stress.

When a patient dons a proprietary wireless and light headset and noise-canceling headphones, they are immersed in a new world.

A 3D recording of program narrator Dr. Neda Gould stands in a virtual doctor’s office and introduces herself, giving an overview of the program’s six lessons as the user looks in every direction through the headset.

Gould, who is a clinical psychologist and Johns Hopkins Mindfulness Program director, soon fades away with the office as the program transports the user to a beautiful lakeside landscape, left only with Gould’s voice and gentle 3D-rendered waves.

As Gould talks about what stress does to the brain and body, the virtual sky darkens, and lightning strikes across the lake.

When she talks more about relieving stress and calming techniques, the clouds part, and the sun paints streaks on faraway trees, hills and mountains behind.

There are no movement controls, games or tasks in this program, just mindfulness coaching, calming views and sounds, in 3D. 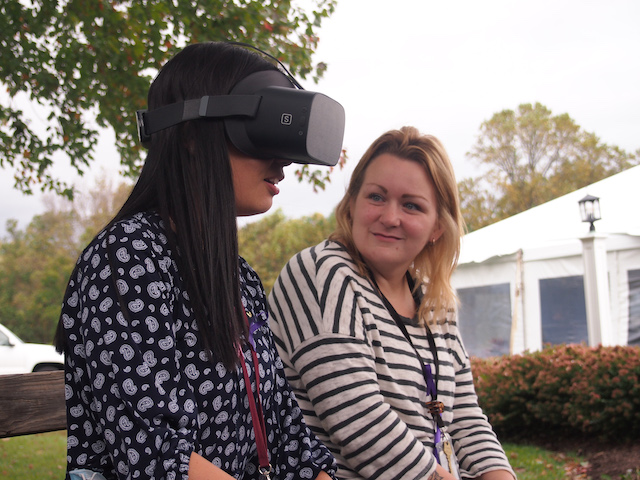 The software for the program, CenteredVR, was co-developed by VR mental healthcare company BehaVR and Johns Hopkins HealthCare Solutions.

CenteredVR “helps rewire the brain” and “enables people to conquer chronic stress and relearn more appropriate, healthy responses to stress,” according to the BehaVR website.

The app is not available for download on headsets other than the ones at recovery center locations, according to a Johns Hopkins representative.

At Recovery Centers of America’s Capital Region in Waldorf and Bracebridge Hall in Earleville, substance abuse admittees who also experience anxiety can be referred to the six-session VR program, which has been available since the beginning of October.

Even though Bracebridge Hall sits on over 500 acres of fields and forest, Bracebridge Interim CEO Corey Richey said, not all patients who enter the center’s 30-day treatment program want to be there physically.

VR provides a welcome escape from the stress of arriving for treatment and helps patients control impulses, she said. Patients at either facility may be suffering with an addiction to alcohol, narcotics, opioids or stimulants, among other substances.

The goal, Richey said, is to learn mindfulness tricks so that when the patient completes the program and goes home, they can lean on the lessons when they’re on their own.

The VR mindfulness program helps prevent relapse and can help calm the stress or anxiety of beginning treatment, according to Recovery Centers of America Vice President of Clinical Services Kerry King in a press release.

Gould, who teaches mindfulness at Johns Hopkins and has expertise working with anxiety disorders, said she was unaware of comparable VR mindfulness programs in Maryland.

“Ours is different because it’s a several week course instead of popping the headset on for immediate relief,” she said, stressing the difference between learning mindfulness habits to be used later and taking a one-time relaxing walk.

Eventually, Gould’s research will compare the VR program to teaching mindfulness in person and through a screen, she said.

“We’re just starting to see if this is impactful and in what ways and how this modality is more effective than any other modality,” Gould said.

Both Vanderbilt University and University of Colorado researchers have connected with recovery centers to test VR treatment for stress or substance use disorder in the last few years.

In 2018, Vanderbilt announced a VR application for treating substance use disorder by letting patients practice saying “no” in a safe environment, improving the mental outlook of 29 of 30 patients who originally tried the program, according to a news release.

Harmony Foundation, a recovery center in Estes Park, Colorado, reported in 2020 that it was using a mindfulness VR program developed by the National Mental Health Innovation Center at the University of Colorado.

The Maryland program, launched in collaboration with Johns Hopkins, will collect data for one year about which patients are most helped by VR mindfulness training so an automatic referral system can be crafted, according to Heather Frye, Bracebridge Hall director of Therapeutic Services.

Bracebridge Hall has access to five headsets, and all 13 therapists are trained on how to operate them, Frye told Capital News Service.

VR lessons are used in conjunction with yoga and music therapy sessions, as well as visits with an in-person therapist, Frye said.

A young man admitted to the center may be less interested in yoga, Frye said, but might try the VR program because it’s like a video game.

“The point is to enhance existing sessions,” she said. “We’re not going to just throw them in and not talk about it.”

Patients aren’t expected to take on addiction by themselves, so it makes sense that the center isn’t taking on addiction treatment by itself, either, South said.

There are limitations to the use of VR treatment, however, South said. It may not be best for patients who dislike small spaces or are prone to motion sickness.

The month-old VR program was announced as part of Bracebridge Hall’s fifth anniversary festivities on Oct. 26.