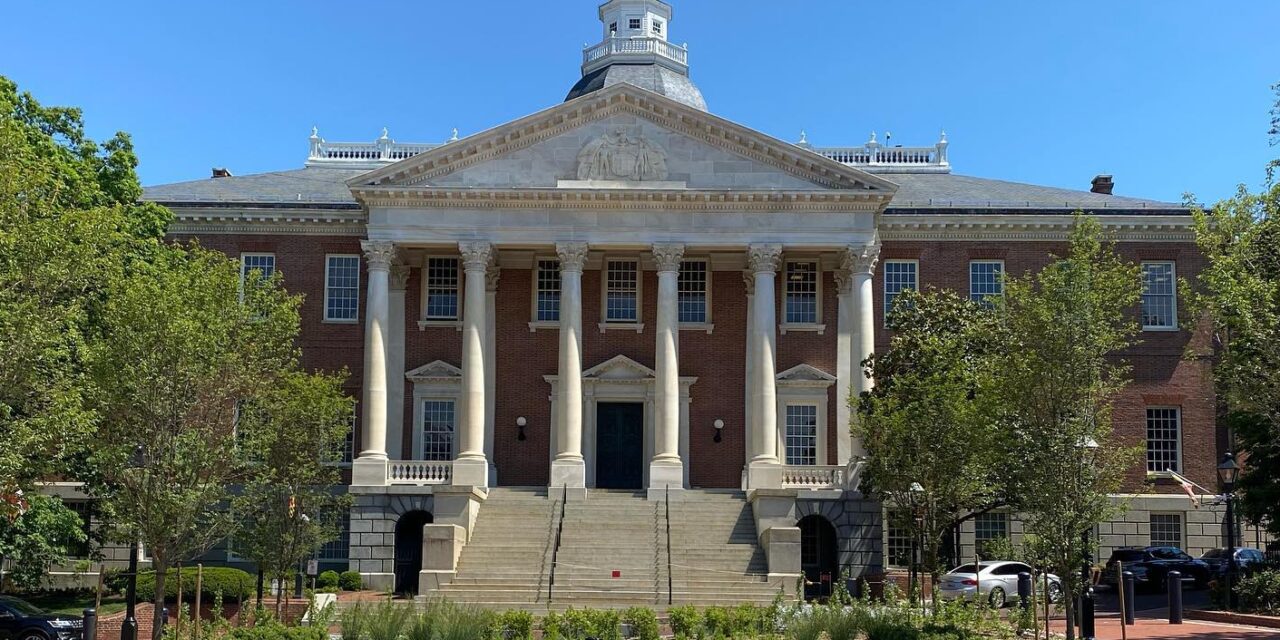 ANNAPOLIS, Md. — Maryland has ended its 2021 fiscal year with $2.5 billion in unassigned funds that Comptroller Peter Franchot, D, hopes to reinvest in those still struggling from the effects of the coronavirus pandemic.

The extra revenue is anticipated to continue with nearly $1 billion increases to general fund revenue estimates for 2022 and 2023.

This excess this year is largely unexpected and stems from pandemic-related changes in personal spending and company profits, the Bureau of Revenue Estimates reported Wednesday in its closeout statement.

The 2021 report — covering July 2020 through June — was the first to cover a pandemic economy from start to finish, and estimates were made in the heat of the crisis.

Since some of the federal stimulus checks sit stagnant in personal savings accounts as savings rates hit record highs, “we have not yet seen the full COVID-19 economic story play out.”

“These are unprecedented times with unprecedented fiscal and monetary policy responses,” Schaufele wrote. “Much like the virus, these norms are likely to change again.”

But the jobs still not filled tended to be lower wage positions, he said, with less impact on personal income tax revenue, since those with higher salaries pay higher percentages to the state.

Pay raises and bonuses constituted major wage gains that will likely carry forward, according to the report.

Franchot called this effect “the tale of two Marylands” in a news release Wednesday.

One one hand, “those without a job see their unemployment benefits expiring,” Franchot wrote. “Renters are facing homelessness since rental relief funds are not being disbursed quickly enough and the eviction moratorium has been lifted.”

On the other hand, the other two-thirds of Marylanders are able to thrive in spite of less-than-ideal conditions.

Schaufele said that the pandemic recession has seen an increase, and even an acceleration, of personal income, not a decrease over all.

Another factor driving the surprise surplus is corporate income tax on company profits. This tax contributed $321 million, which is 39% more than last fiscal year and 28% more than anticipated.

Businesses cut costs and employees. They may not have to pay for leases on workplaces when all workers are remote. On top of that, consumer spending boomed as federal fiscal stimulus checks hit local economies, the report states.

“The unequal impact of the pandemic,” Schaufele wrote, “means firms in the least affected sectors have done very well.”

At Thursday’s virtual forecast revising meeting, Schaufele recommended increasing the 2022 general fund revenue estimate to $21.2 billion and that of 2023 to $22.2 billion.

Schaufele at the meeting noted that changes to the pandemic as COVID-19 evolves, as well as possible surges in cases as schools continue in person, could be significant risks to the workforce, but higher vaccination rates could offset those risks.

The federal fiscal stimulus checks created the equivalent of a professional services industry, such as lawyers and doctors, to the Maryland economy, Schaufele said.

Inflation rates topped 4% in April and 5% in June, Schaufele said, ramping up with supply chain and durables shortages.

The inflation hike is mostly temporary in nature, he said. Prices may subside as those issues resolve, but wage growth will continue to pressure inflation.

Franchot recommended placing most of the state’s surplus in a rainy day fund and delivering funds to those who may need it most.

“The state’s surplus is a once-in-a-generation opportunity to invest in programs that lift all Marylanders and help stabilize housing and other critical expenses for our lower- and middle-income families,” Franchot wrote in a statement.

Franchot said the stimulus checks did exactly what they were intended to do, but “this sugar high from federal dollars will eventually wear off.”

Next year’s census may give more power to outer suburbs in Congress, General Assembly