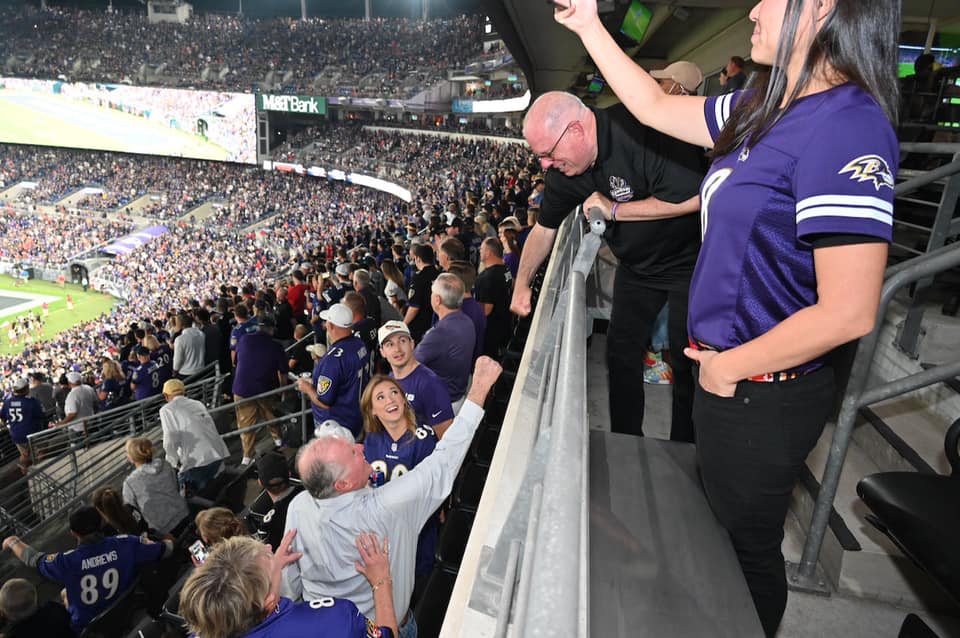 Dozens of photos on Gov. Larry Hogan’s Facebook page from Sunday night’s Ravens game provoked a torrent of negative comments about the lack of masks and distancing. Other photos from the event showed Hogan wearing a mask while inside. The Ravens beat the Kansas City Chiefs 36-35. Governor’s Office photo from Facebook.

STATE GAINS 11,900 JOBS IN AUGUST: Maryland’s economy gained 11,900 jobs in August and the state’s unemployment rate decreased from 6.0% to 5.9%, according to preliminary data released by the U.S. Department of Labor’s Bureau of Labor Statistics on Friday morning, reports Bryan Renbaum of MarylandReporter.

REPORT: ARPA FUNDS KEPT 729,000 MARYLANDERS FROM POVERTY: Shauneen Miranda of Capital News Service reports that the American Rescue Plan and other emergency measures kept an estimated 729,000 Marylanders out of poverty this year, according to a recent congressional report. But the cutoff of extended unemployment and other benefits could trigger a reverse effect.

MOTORISTS OVERPAID WITH CASHLESS TOLLS, AUDIT FINDS: Maryland legislative auditors found that glitches in the cashless tolling infrastructure implemented at all of the state’s bridges, tunnels and express lanes overbilled motorists thousands of dollars and, in some cases, failed to identify the issues and reimburse customers promptly, Alex Mann of the Sun reports.

DEL. DUMAIS APPLIES FOR JUDGESHIP: Del. Kathleen M. Dumais (D-Montgomery), a senior lawmaker and vice chair of the House Economic Matters Committee, has applied to become a judge on the Montgomery County District Court — potentially opening up a plum legislative position in the weeks ahead, Josh Kurtz reports for Maryland Matters.

UM MESSAGE TO FOOTBALL TEAM WARNS OF GIVING INSIDER INFO: The message from the University of Maryland to its football players was topped by the words “SPORTS WAGERING” in oversized, bold lettering. But the preseason memo, obtained by The Baltimore Sun as part of a public records request, didn’t just caution athletes against point shaving and “impermissible gambling,” which includes participating in fantasy leagues and March Madness and Super Bowl pools, Jeff Barker reports for the Sun. It also warned against disseminating “insider information” about “plays, strategies, injuries.”

OPINION: DON’T RELEASE MALVO: In an opinion piece for the Washington Post, Towson U. Professor Richard Vatz argues that Lee Boyd Malvo, one of the two “Beltway snipers” convicted of killing 10 people in 2002 — six of them in Maryland — should not be released from prison.

GOP SENATE HOPEFUL GIVES CAMPAIGN $50,000: Entrepreneur, public speaker and author James Tarantin, a Republican from Montgomery County, announced that he has deposited an initial $50,000 into his U.S. Senate campaign, according to the Baltimore News Journal.

MO CO COVID RATE DECLINES: Montgomery County’s COVID-19 test positivity rate is continuing to decline, while consistently having more than 100 new cases per day, Bethesda Beat reports. As of Sunday, the county’s Department of Health and Human Services reported a seven-day average positivity rate of 2.4%. Last week, it was 2.6%.

CHRISTA BEVERLY, RUSHERN BAKER’s WIFE, DIES: Christa Beverly, a longtime civil rights lawyer and the wife of former Prince George’s County Executive Rushern Baker III, died Saturday, he said. She was 61, Martin Weil of the Post reports. “Today I lost the love of my life, my best friend, and the source of all my strength,” Baker said in a tweet. 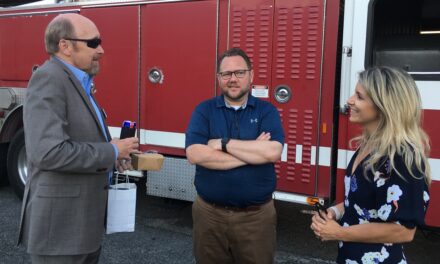