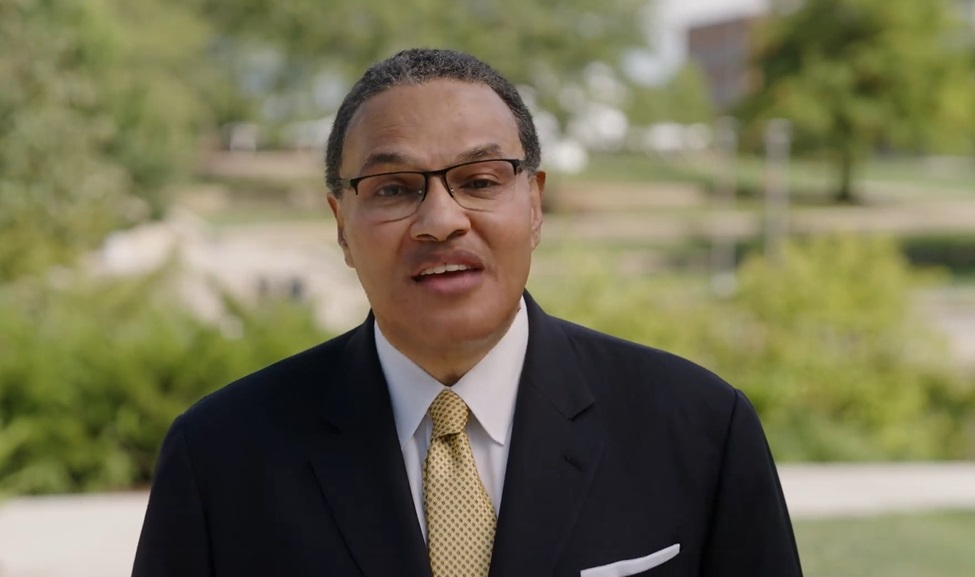 HRABOWSKI TO RETIRE FROM UMBC IN 2022: Freeman A. Hrabowski III, who molded a young, undistinguished university into a national model for producing top-notch minority scientists and engineers, will retire from the presidency of University of Maryland, Baltimore County in June 2022, Liz Bowie of the Sun reports.

MO CO EXEC ELRICH: FULL FDA APPROVAL KILLS ONE ANTI-VAXX EXCUSE: Montgomery County Executive Marc Elrich Wednesday implored those who are hesitant about getting vaccinated to do so now that the FDA has given full approval to the Pfizer-BioNTech COVID-19 vaccine, writes Bryan Renbaum for MarylandReporter. “If your excuse was you did not want to take an experimental vaccine, that excuse is gone,” Elrich said at a virtual news conference.

MO CO MANDATES VAXX OR TEST: Montgomery County announced Wednesday that it is requiring county employees to get vaccinated against the coronavirus or get tested regularly, the latest area government to impose such a mandate for their workers amid a surge of new cases mostly infecting the unvaccinated, Jenna Portnoy and Rebecca Tan report for the Post.

MOST STATE SENATORS URGE BOE TO MANDATE MASKS: Maryland Senate leaders are urging the State Board of Education to impose a mask mandate in schools as kids prepare to return to the classroom during a surge in COVID-19 cases, Madeleine O’Neall reports for the USAToday Network. In a letter issued Wednesday, Senate President Bill Ferguson asked the state board to issue a “temporary emergency regulation mandating that all children, faculty and staff wear masks in every Maryland elementary and secondary school … in any county with a substantial or high rate of COVID-19 transmission.”

HOW COVID SURGES DIFFER: Sanya Kamidi of the Sun reports that while coronavirus cases are on the rise again, Maryland’s latest surge differs from previous waves, and writes about how this wave compares with surges in coronavirus cases last year.

YOUTHS LAG IN COVID SHOTS: Although adolescents have been eligible for a COVID-19 shot for months, they continue to have the lowest rate of vaccination in Maryland and across the country, a status unlikely to change anytime soon, even after the most-used vaccine from Pfizer/BioNTech got an official stamp of approval this week, Hallie Miller and Meredith Cohn of the Sun report.

CONVERSATIONS WITH CANDIDATES FOR GOVERNOR: WES MOORE: Wes Moore likes to say he comes “from a long line of preachers and teachers.” But over a coffee recently in Ocean City, one particular preacher in his lineage came to mind: his grandfather. Danielle Gaines of Maryland Matters writes that Moore’s grandfather was the first on his mother’s side to be born in the U.S. But his great-grandfather, a vocal minister, was run out of the country by threats from the Ku Klux Klan, resettling his family in Jamaica.

MO CO ELIMINATES SCHOOL OFFICERS: For the first time in 19 years, students at Montgomery County public high schools will not see police officers stationed in their school hallways on Monday when classes begin, the result of a vigorous, years-long debate over racial equity and student safety in Maryland’s largest school system, reports Rebecca Tan for the Post.

MO CO TEACHER PUT ON LEAVE FOR MASK REFUSAL: A Maryland teacher who did not comply with a school system mandate to wear a mask was placed on leave Wednesday, as thousands of educators prepare to welcome students back for a new school year in suburban Montgomery County, Donna St. George of the Post reports.

CRAFT BREW ADVOCATE SAYS HARFORD RULES COULD SEND BIZ ELSEWHERE: The head of the nonprofit that promotes the craft brewing industry in Maryland says Harford County’s proposed rules for future farm breweries would be among the most restrictive in the state and will likely drive those businesses elsewhere, James Whitlow reports for the Sun.