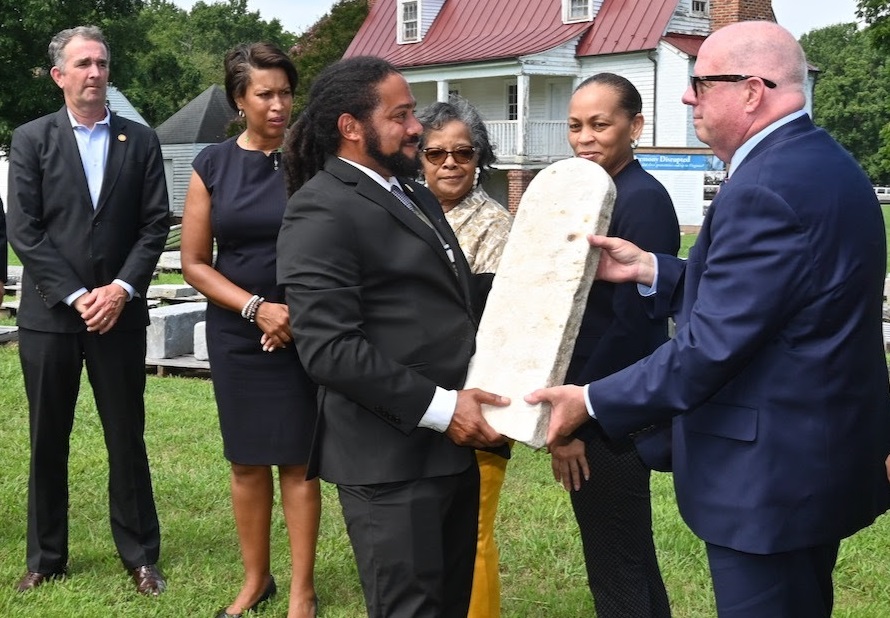 COVID ON CURRICULUM AS KIDS GET BACK TO SCHOOL? Bryan Renbaum of MarylandReporter writes: Will the mRNA technology used by Pfizer and Moderna to make coronavirus vaccines be taught in science class or will teachers address the myths surrounding Covid-19, the Delta variant, masks and the vaccines? Comptroller Peter Franchot says it should be in the curriculum. Students should learn that vaccinations are an important weapon in defeating the pandemic, he told MarylandReporter.com at the Maryland Association of Counties annual conference in Ocean City last week.

MANDATE POSSIBLE WITH FULL FDA VACCINE APPROVAL: With the U.S. Food and Drug Administration’s full approval of the first COVID-19 vaccine Monday, the federal regulatory agency has set the stage for more immunization mandates in Maryland school systems, workplaces and businesses, Hallie Miller and Meredith Cohn of the Sun report.

GARRETT VAXX RATE FRUSTRATES OFFICIALS: Garrett County, home to about 29,000 people in the westernmost corner of Maryland, has the lowest vaccination rate in the state. Just over 38% of residents are fully vaccinated against COVID-19, a number that hasn’t changed much over the last several weeks, frustrating health care officials, reports Rachel Baye for WYPR-FM..

MD, DC, VA WORK TOGETHER TO RE-PLACE BLACK CEMETERY HEADSTONES: The broken remnants of headstones representing 55 lives — some famous, some forgotten — lay on rough wooden pallets Monday as the leaders of Virginia, Maryland and D.C. spoke of atonement. “It’s a disgraceful, heartbreaking chapter in our history,” said Maryland Gov. Larry Hogan, who joined with Virginia Gov. Ralph Northam and D.C. Mayor Muriel Bowser to officially launch a joint effort to honor the families of a historic African American cemetery once located in D.C. — the headstones of which were sold for scrap six decades ago. Gregory Schneider reports on efforts to re-place the headstones for the Post.

GREENBELT TO VOTE ON REPARATIONS FOR DISCRIMINATION: Greenbelt, the city forged out of Franklin D. Roosevelt’s New Deal in the 1930s, was supposed to serve as a demonstration of successful suburban living. But when the first homes opened to the public, one group was excluded: Black people. In November, almost a century after Greenbelt’s inception, the city will vote on the issue of reparations, a form of compensation for historical wrongs and loss caused by slavery, segregation, stolen land housing discrimination, Karina Elwood of the Post reports.

REPUBLICAN DELEGATE FILES FINANCE COMPLAINT AGAINST STEELE: A potential candidate for the Republican nominee for Maryland governor finds himself the subject of a campaign finance complaint before he has decided to formally enter the race. The complaint, filed by Del. Lauren Arikan, R-Baltimore and Harford counties, alleges that former Lt. Gov. Michael Steele is illegally using an independent expenditure committee to support his candidacy, reports Bryan Sears for the Daily Record.

CONVERSATIONS WITH CANDIDATES FOR GOVERNOR: JOHN KING: In Maryland Matters series on gubernatorial candidates, Danielle Gaines speaks with John King, who began his career in education as a high school social studies teacher in Puerto Rico and Boston, and as a middle school principal. He remembers telling his high school civics students: “‘If you have good ideas, and you think that you can make a difference and contribute, you should think about running for office,’” he said. And now he is.

KLACIK SUES CONSERVATIVE COMMENTATOR: Kimberly Klacik, a former Republican congressional candidate in Maryland, is suing conservative commentator Candace Owens for $20 million in damages over an Instagram video Owens made in June in which she alleged Klacik had committed campaign fraud, money laundering, illegally used drugs and was a “madame” of a strip club, according to court documents, Rose Wagner of the Sun reports.

FOR ANNAPOLIS CANDIDATES, DO THEY VOTE? Some of the 17 candidates who are seeking public office in the 2021 elections in Annapolis will be casting their first or second ballot in a city election, either because they’re new to the city or have only recently become eligible to vote. Others are devoted voters. Brooks DuBose of the Capital Gazette gleans their voting histories from the voting records.