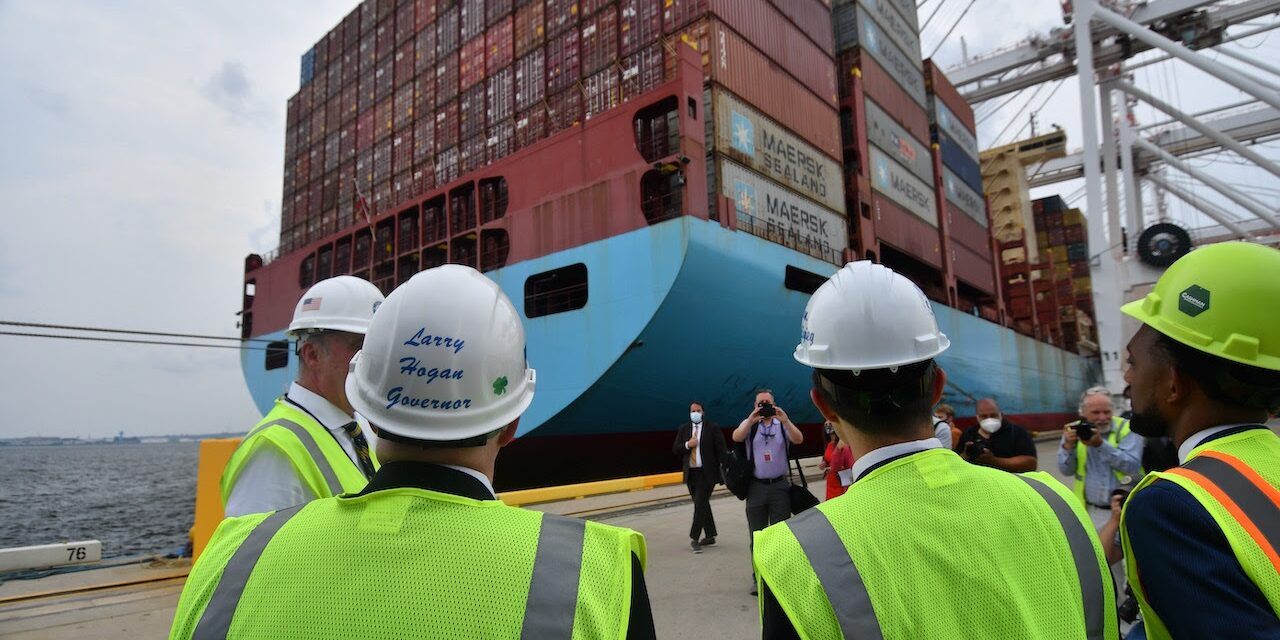 FRANCHOT UNLOADS ABOUT UNEMPLOYMENT ISSUES: Comptroller Peter Franchot Thursday pressed a high-ranking Department of Labor official for answers as to why more than 15 months into the coronavirus pandemic hundreds of unemployment insurance claimants are still unable to get a claims representative on the phone at the state’s call centers, Bryan Renbaum reports for Maryland Reporter.

STATE’S LARGEST PRISON DRAMATICALLY UNDERSTAFFED: Officers at the Eastern Correctional Institution say they have been understaffed for years, fostering an unsafe environment that resulted in two or three inmates attacking an officer last weekend, Elizabeth Shwe reports for Maryland Matters. A union president said that there is a ratio of 96 inmates to one officer and more than 100 vacancies.

JUDGE CALLS POLICE STORY INCONSISTENT WITH VIDEO OF SHOOTING: A federal judge refused to dismiss a lawsuit filed by the family of a man killed by Baltimore County Police in 2015, saying that the man posed no immediate threat and needed their help, Phillip Jackson reports for the Sun.

FEDERAL UNIONS AREN’T SURE ABOUT VACCINE MANDATE: Unions representing hundreds of thousands of federal workers — including many in Maryland — said Thursday that they back nationwide vaccination efforts to slow COVID-19, but would need more time to consider the implementation of President Biden’s new plan to compel government employees and contractors to get the shots, Jeff Barker reports for the Sun.

NURSING HOMES WITH LOWER VACCINATION RATES CALLED OUT: Some nursing homes in Allegany and Garrett counties made the state’s list for the fewest employees to get a COVID-19 vaccination, Teresa McMinn reports for the Cumberland Times-News. The Maryland Department of Health recently announced the “top 10 and bottom 10” nursing home facilities in the state ranked by percentage of staff with at least one vaccine dose.

SOME UMD STUDENTS ABLE TO GET OUT OF LEASES: The Maryland Economic Development Corporation provided assistance to about 300 of the 1,000 students in Maryland’s public universities who wanted to cancel their housing contracts due to the COVID-19 pandemic, Elizabeth Shwe reports for Maryland Matters.  A new report submitted to state lawmakers this week said that the quasi-governmental agency would not pursue collections against other students as long as it remained financially able to do so.

SHADE FILES FOR SENATE: Jake Shade, the two-term president of the Allegany County Board of Commissioners, has filed for the District 1 Maryland State Senate seat being vacated by Sen. George Edwards, the staff of the Garrett County Republican reports. Shade, 28 and a Cumberland native, said he wanted to continue Edwards’ legacy of being “an effective conservative for Western Maryland.”

UK STUDY ABROAD CANCELLED: University of Maryland canceled study abroad programs in the United Kingdom for the fall semester after a federal “do not travel” advisory was issued last week, Amanda Hernández reports for The Diamondback student newspaper.