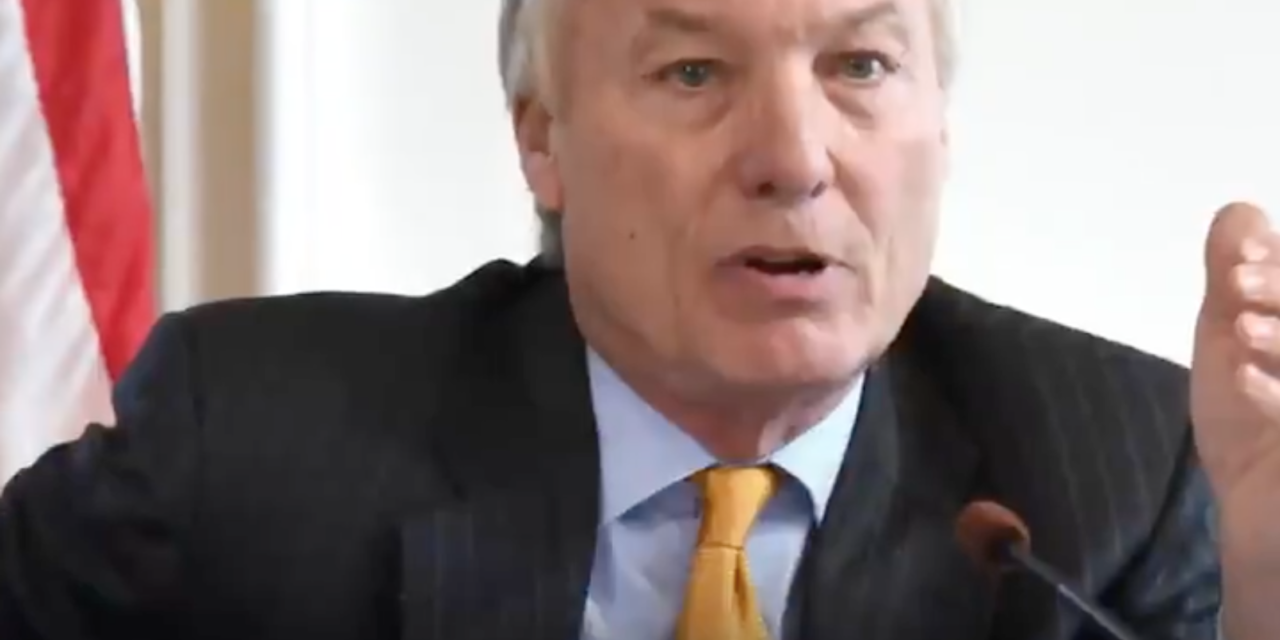 Comptroller Peter Franchot Thursday pressed a high-ranking Department of Labor official for answers as to why more than 15 months into the coronavirus pandemic hundreds of unemployment insurance claimants are still unable to get a claims representative on the phone at the state’s call centers.

In fact, the problem is so bad, Franchot told Deputy Labor Secretary David McGlone, that frustrated claimants have given up on trying to contact the Department of Labor and are instead reaching out to the comptroller’s office for assistance with a matter that is not part of that agency’s purview.

“My office, even though we are not your office-daily receives emails from Marylanders desperately seeking assistance with their unemployment claims. I am not talking about a small number. I am talking about hundreds of them,” Franchot said at a pandemic spending workgroup meeting. “Most of these folks know that our office has nothing do with unemployment. But they say they simply cannot reach anyone from the Department of Labor to discuss their issues.”

Franchot proceeded to read aloud several letters from claimants across the state who relayed struggles that ranged from housing insecurity to mass debt accumulation.

“These are the most in need individuals all over our state. There are low-wage workers who have been without any of kind of employment because of this unbelievable pandemic.”

Franchot said problems with service at the call centers was understandable at the beginning of the pandemic but that now it is simply inexcusable.

“I am concerned that the department seems to struggle to answer the phones and emails even now in a timely manner.”

Franchot noted that in an effort to resolve staffing issues at the call centers the department entered into emergency contracts with eight staffing companies, which cost the state more than $185 million.

McGlone concurred with the description of the estimate.

“I agree. That’s the ballpark.”

Franchot referenced one of the companies that received an emergency contract, Accenture, which received more than $100 million from the state to hire more than 1,200 full-time temporary call center employees to assist with the claims process.

But when Franchot pressed McGlone for specifics about the nature of Accenture’s work with the call centers, the deputy’s answer was less than forthcoming.

Franchot asked McGlone about the average wait time to get a claims representative on the phone – that is if you got someone on the phone. (MarylandReporter.com interviewed several people in the past year and said they couldn’t even reach people on the phone.)

McGlone went on to explain that that wait time was simply just to get into the “queue,” to be eligible to be transferred to a representative.

When Franchot asked about the claims adjudication process and the state contract with the staffing company Alorica to increase the department’s number of adjudicators, McGlone said that 292 temporary employees had been hired for that purpose.

But Franchot was not impressed.

“Apparently some of these individuals were interviewed by Fox 45 and they complained that they were not trained properly.”

Franchot then pivoted to questions about training and McGlone gave a less than detailed answer.

“I know that there was at least a 40 hour training session that all of these staff would go through. I think in some cases it may be longer. But I could certainly get details on training for you.”

Franchot later revisited the issue of training and McGlone again gave a less a than detailed answer.

“I will have to get you more information on the level of detail within the training.”

Following the meeting, Franchot told MarylandReporter.com that he was disappointed with McGlone’s testimony.

“It was a painful experience to see a 20-year veteran of the Department of Labor have to say over and over again: ‘I’ll get back to you.'”