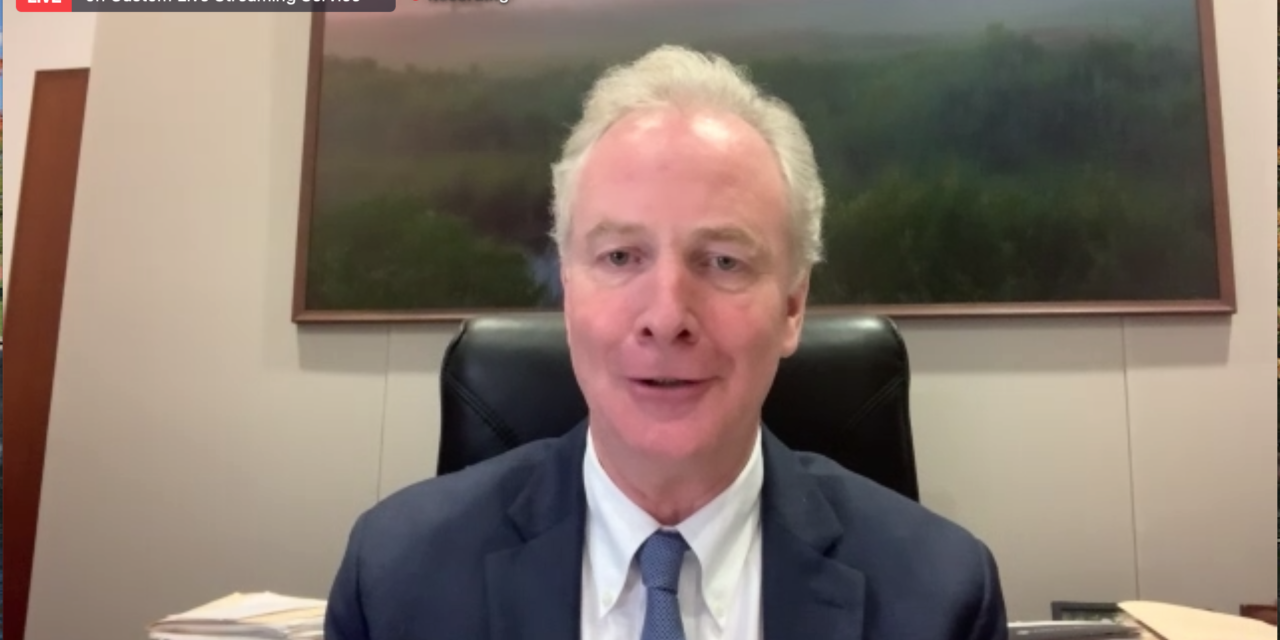 U.S. Sen. Chris Van Hollen, D-Md., said Thursday that Democrats may not get any Republican support to pass legislation that would extend or possibly even make permanent the monthly expanded child tax credit payments that are set to expire at the end of the year.

The payments are set to arrive in bank accounts and mailboxes throughout the nation starting today.  They are part of the American Rescue Plan Act, which President Joe Biden signed into law in March.

But extending the payments beyond that date would require further legislative action and Democrats hope to make that provision a key part of the Biden’s administration’s American Families Plan.

“We do not have Republican support in the Senate for moving that forward,” Van Hollen said in response to a question from MarylandReporter.com at a virtual roundtable discussion forum that featured policy analysts and Maryland parents. “That passed originally just a few months ago as part of the American Rescue Plan. We did not have any Senate Republicans supporting the American Rescue Plan. Not one. So it does not look like we will get their support to extend this.”

However, Van Hollen noted optimistically that Democrats, who have a 51-50 majority in the Senate due to Vice President Kamala Harris and her ability to cast a tie-breaking vote-can pass the expanded tax credit extension without any GOP support if they opt to use the budget reconciliation process.

Still, Van Hollen said the legislation “has a long way to go” before it is finalized and that he hopes that in the end some Republicans ultimately decide to support it.

“Those raises in income can be linked to better test scores, higher graduation rates from high school, less drug use, and higher lifetime earnings and employment as adults. This is truly an investment in the kind of the country that we want to be.”

“We all benefit when families are doing better. There are millions of dollars coming to Marylanders through this tax credit that will help our economy recover.”

“The child tax credit is such a blessing…just to note that money is coming in from the child tax credit is a sigh of relief. It is not a major relief. It is not an: ‘I can sleep well for the rest of the year…’But at least it is an: “I can sleep well for this month.’ My kids will have a roof over their heads for the next month. Our bills will be paid for another month. It is definitely a blessing to have extra income coming in.”