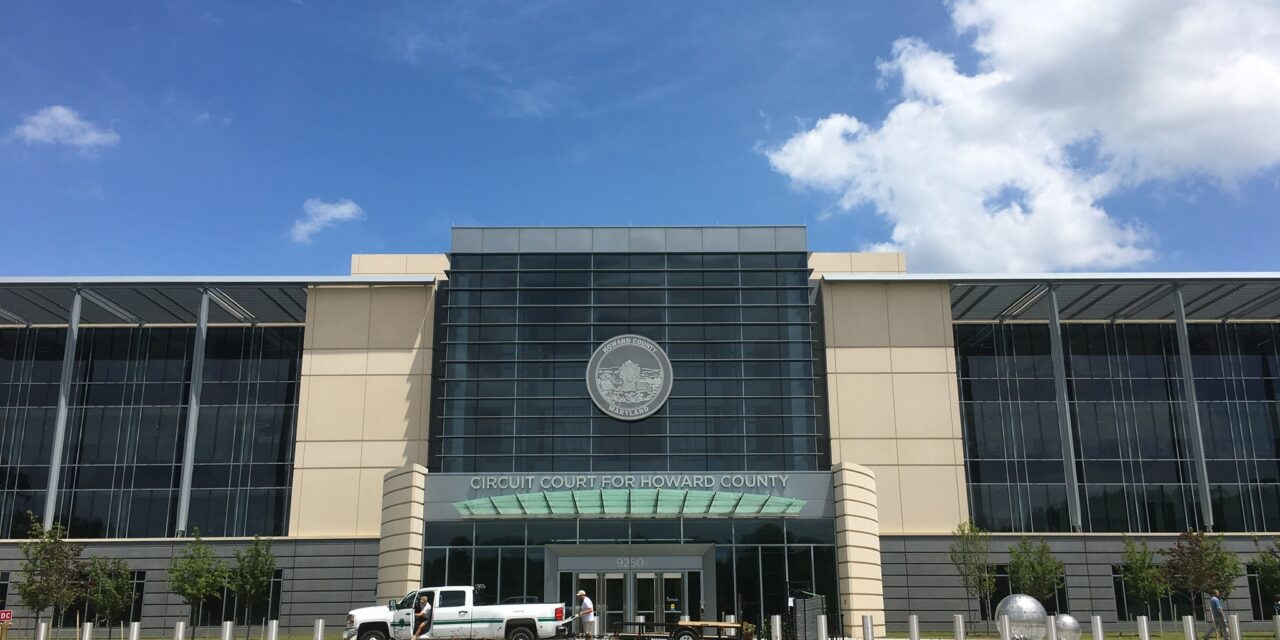 Howard County justice moved into the 21st century from the 1850s Tuesday with the official opening of a new $120 million-plus courthouse built with a public-private partnership.

There were congratulations all-around as the Leeds Gold 238,000-square-foot building arrived on time and on budget, replacing the landmark courthouse first built when it held hearings on runaway slaves.

The new building is large enough to house all the court functions, including the clerks, prosecutors, library, and sheriffs, with extra courtrooms to spare.

Gelfman herself described the drawn-out search for an appropriate site. It wound just north of Route 108 and east of Route 29 on the southern edge of Ellicott City in what was once a huge Bendix Field Engineering building later bought by the county.

Then County Executive Allan Kittleman signed the contract for the new building. The only County Council member who opposed it was Calvin Ball.

Ball wound up presiding over its construction as the new county executive after he defeated Kittleman in 2018.

Residents and lawyers used to the free surface parking lot at the old building on the Ellicott City hilltop might be surprised to find that there is paid parking in the six-story garage next to the courthouse.

The courthouse features a four-story atrium with open balconies. The shiny new edifice is a bland modern design colored in various tones of white, gray, and black.

The atrium also contains a four-story wall sculpture and a quote attributed to the Rev. Martin Luther King Jr. While King often used those words, he was actually quoting the Old Testament prophet Amos (Amos 5:24).

“Let justice roll down as waters, and righteousness as a mighty stream.” 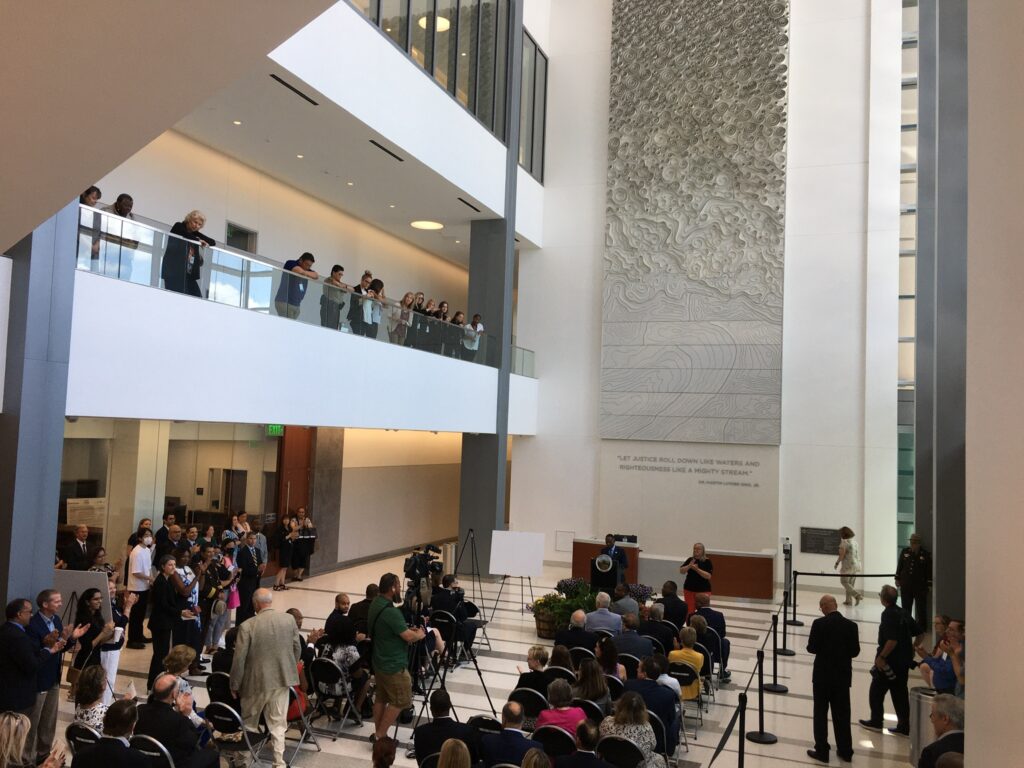 Opening ceremonies for the new Howard County Courthouse were held in the four-story atrium, MarylandReporter.com photo by Len Lazarick