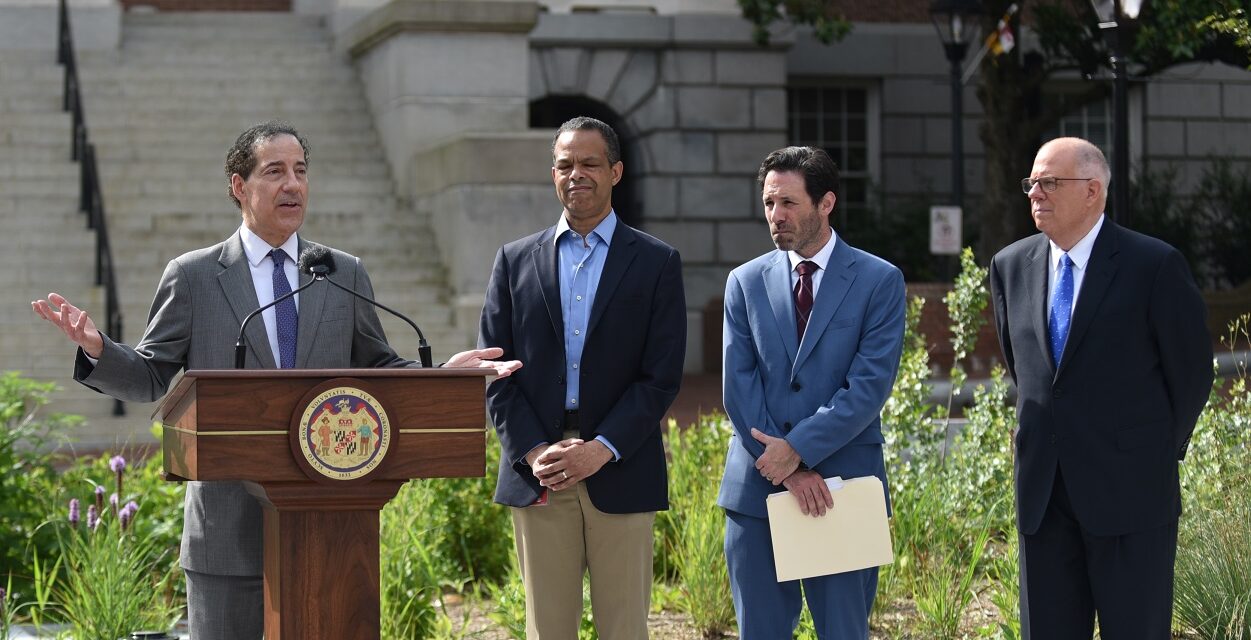 STATE’s LEAST VACCINATED COUNTIES ARE POOREST, MOST ‘PRO-TRUMP:’ The three counties in Maryland with the highest percentage of residents who are fully vaccinated against the coronavirus are among the wealthiest in the state and were won by then-candidate-and-now-President Joe Biden in the 2020 election, writes Bryan Renbaum in Maryland Reporter. Conversely, the three counties with the lowest percentage of fully vaccinated residents are for the most part among the poorest in the state and were won by then-President Donald Trump. But are politics and wealth factors in the vaccination rates?

500,000+ JOBLESS CLAIMS ‘POTENTIALLY FRAUDULENT:’ Maryland labor officials said Monday that they have found 508,000 “potentially fraudulent” unemployment claims in the past six weeks, the latest response from the Hogan administration as it fends off criticism over the governor’s decision to cut enhanced federal jobless benefits in coming days, Ovetta Wiggins reports for the Post.

SUBCOMMITTEES TO HOLD HEARING ON ROAD WIDENING PLAN: Two legislative subcommittees will hold a joint hearing next week to review a Maryland Department of Transportation contract for “predevelopment” work on the Interstate 270/Capital Beltway widening project, Bruce DePuyt of Maryland Matters reports. The hearing comes in the wake of the Maryland Transportation Authority’s approval of a $54 million contract with Accelerate Maryland Partners, a consortium led by the Australian firms Transurban and Macquarie Capital.

ARUNDEL COUNCIL WANTS BAY TRAFFIC STUDY RESTARTED: After back-to-back weekends of traffic flowing from the Chesapeake Bay Bridge onto Anne Arundel County roadways, the County Council wants an almost completed federal study on how to alleviate the backups to start over, Ada Romano of the Capital Gazette reports. The council passed a resolution on Monday in opposition to the completion of the $5 million study conducted to find a solution to the traffic congestion on the Chesapeake Bay Bridge.

ENVIRONMENTALISTS, FAITH LEADERS FIND COMMON GROUND: Environmental activists in Maryland are increasingly depending on congregations across all faiths and denominations to spread the gospel about the need to protect God’s natural creations. That message was brought home last week when the Maryland Democratic Party used Greater Mt. Nebo Church in Bowie as the venue for its first forum in a new and ongoing series of discussions on the climate crisis in the state — with faith leaders speaking about the “moral imperative” of the environmental work they are trying to do, Josh Kurtz reports for Maryland Matters.

FORT MEADE TO GET $26M IN NIXED BORDER WALL FUNDS: Fort George G. Meade is set to receive $26 million after President Biden redirected funds that were being sent toward building a wall on the country’s southern border, Heather Mongilio of the Capital Gazette reports.

JON BARON JOINS RACE FOR GOV: Jon Baron, a former nonprofit executive and former federal official from Montgomery County, officially launched a campaign for governor of Maryland as a Democrat after several months of publicly weighing a run to replace outgoing term-limited Republican Gov. Larry Hogan in 2022, Bryn Stole reports in the Sun.

HOGAN MARKS 3 COMPANIES’ RISE TO FORTUNE 500 LIST: Gov. Larry Hogan joined executives from Sinclair Broadcast Group, McCormick & Co. and T. Rowe Price Group on Monday to mark the three Baltimore area companies’ rise to the Fortune 500 this year. It is the first time since 2012 that a Baltimore-area firm earned a spot on the prestigious list, which was released June 2, Lorraine Mirabella of the Sun reports.

HOGAN CONFIDENT INFRASTRUCTURE PLAN WON’T RELY ON TAX HIKES: Gov. Larry Hogan told CNBC’s Becky Quick during the channel’s Squawk Box program Monday that he is optimistic that Congress will pass a federal infrastructure plan, and that the plan won’t rely heavily on tax hikes, reports Rachel Baye for WYPR-FM. Speaking as co-chair of the political group No Labels, Hogan said a compromise plan is on its way. “All governors on both sides of the aisle really believe this is a top priority, and we’re pleased we’re finally making progress,” Hogan said.

FORMER SEN. BARBARA HOFFMAN DIES AT 81: Former state Sen. Barbara A. Hoffman (D-Baltimore City), whose diminutive stature belied her status as a political trailblazer and legislative powerhouse, died Sunday after a long battle with cancer. She was 81, Josh Kurtz writes in Maryland Matters.