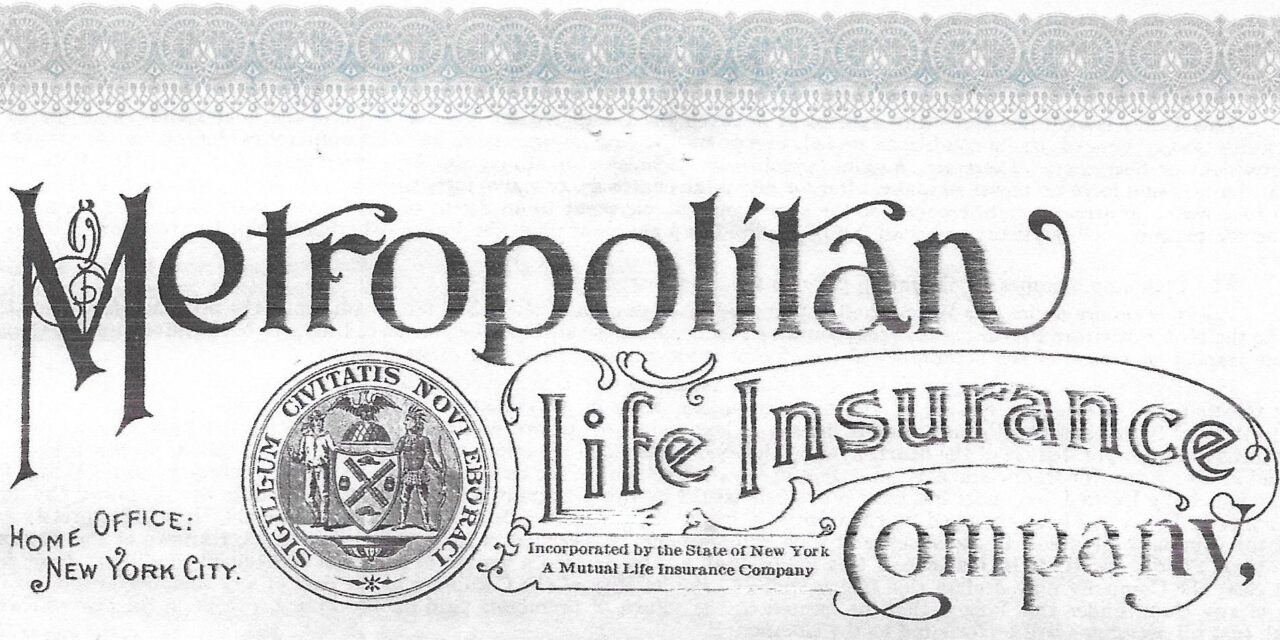 Leonard W. Lazarick Sr. survived his childhood. He survived many attempts by the Japanese army to kill him in the Philippines and Okinawa (three Purple Hearts). He survived cancerous bladder polyps he thought would kill him in his 70s, but eventually at age 97 on Nov. 29, 2020, COVID-19 did him in.

What happened to that life insurance policy? The last recorded interaction with Metropolitan Life Insurance was a letter in 1979.

After several phone calls, it turns out MetLife had handed over the policy to the Unclaimed Property Division of the State of New Jersey in 2005. Not only was the policy worth $363.61, there was stock worth twice that when MetLife became a public company.

Why New Jersey? My father was born in Camden, but he had lived in Pennsylvania for his last 75 years, where he died. The last address MetLife had put on the policy was on Boxwood Lane in Cinnaminson, N.J., where his oldest sister lived and where his father Thomas Lazarick, who bought the policy, lived briefly in his final days in 1972.

There was a lot of back and forth online – the call-center for the Unclaimed Property Division was offline due to the pandemic, so you couldn’t actually talk to a person. Finally, a phone call to MetLife got me to Cathy Smith in Florida who emailed me their record of the policy for Leonard Lazarick at the address where he never lived in Cinnaminson, N.J. Case solved, check issued for $1,200.43.

Like many states, Maryland has a similar agency for unclaimed assets, run by Comptroller Peter Franchot.

According to Franchot’s office, the agency has more than 1.1 million accounts with a value of more than $1.9 billion in unclaimed property. Individuals and businesses can a search the online Unclaimed Property database.

This year’s 140-page Unclaimed Property newspaper insert that is required by law will run in more than 25 newspapers for a total of 400,000 copies distributed throughout the state. It lists 69,310 accounts worth more than $59.3 million.

In years past, Franchot has tried to eliminate the newspaper insert, now that most residents can go search online. But the Maryland-Delaware-D.C. Press Association successfully lobbied the legislature to keep the insert, so Franchot gave up trying to stop publishing it. Instead, he uses it to promote himself and his office. (Disclosure: I am currently vice president of the press association, but the lobbying on the insert preceded my tenure on the board.)

Since 2007, the Maryland Comptroller’s Office has returned more than $909 million in unclaimed property to its rightful owners.

For full details of what sort of bank accounts, stock and insurance policies the state is holding and how to claim them, check out this press release from Franchot that came out Wednesday.