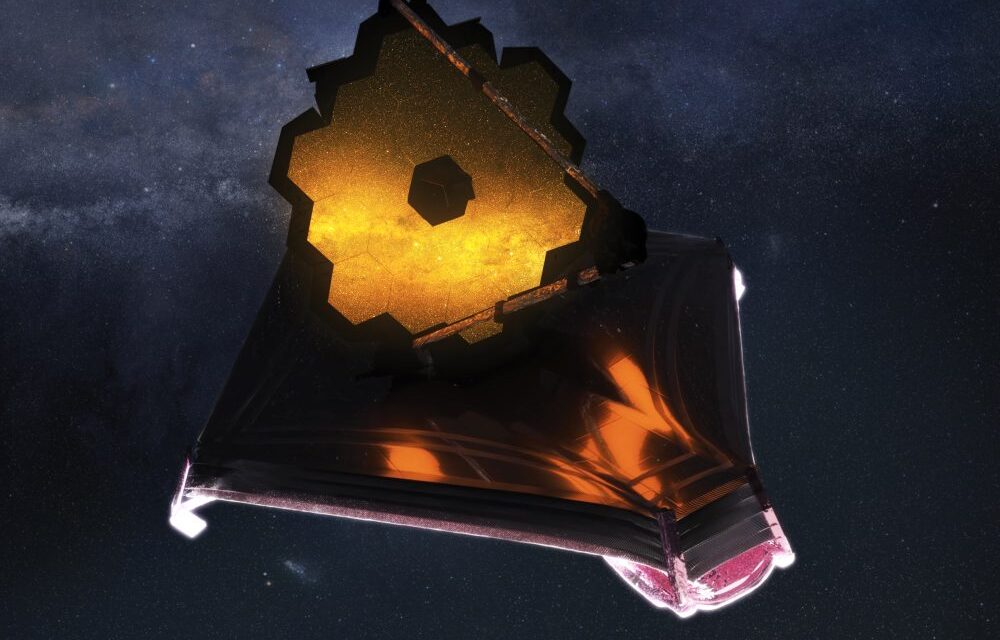 NASA's Goddard Space Flight Center in Maryland is expecting to launch the James Webb Space Telescope on Oct. 31. This is how it will look once it is deployed. (Adriana Manrique Gutierrez, NASA animator)

NASA’s Goddard Space Flight Center in Maryland is planning to put a new deep-space telescope into operation in October. The James Webb Space Telescope will replace the Hubble Telescope and have greater capabilities to see farther into the universe than was previously possible.

Goddard began the telescope project in 1996 and originally aimed to launch it into space in 2007. But the complex instrument ran into design and technical issues, prolonging final development by over a decade.

With the delays, costs also soared. Originally a $500 million telescope, the Webb is now estimated to be close to $10 billion, according to a January 2020 Government Accountability Office report.

Construction concluded in 2016 and the telescope and its components have been undergoing testing. The Webb is finally set to launch on Oct. 31, according to NASA.

Delays are inevitable with projects of such scale, but there are no more holdups expected, Dr. Daniel Weisz, associate professor of astronomy at the University of California Berkeley, told Capital News Service.

“That’s basically how any major space mission goes,” Weisz said. “And the milestones now are really all positive, the odds of it being delayed from this year are really, really low.”

The telescope will be launched on a heavy-lift space launch vehicle, called an Ariane 5 rocket, from the European Space Agency’s Guiana Space Center in French Guiana. Weisz said the components of the telescope will start shipping to South America in August.

The Webb’s main mission is to expand on the discoveries of the Hubble. Launched into low-Earth orbit in 1990, the Hubble has helped scientists understand more about the formation of the Earth, other planets and the solar system. It also has peered closely at planets found in other solar systems. The telescope also has contributed to astronomers’ knowledge of the formation and evolution of stars.

The new telescope – named after James Webb, the NASA administrator who oversaw the early years of planning the Apollo manned moon missions – is going to provide the world’s astronomers more deep-space knowledge than ever before.

NASA is deploying the Webb far beyond Earth and the moon – and in the opposite direction from the sun – in a place that will allow the telescope to be parked with a clear view of the universe. The Earth, moon and the Webb will all orbit the sun together.

“You can put James Webb way out there and the technical part is that there is a gravitational stability that it can orbit, but really it’s way out there and it’s much more efficient that way,” Weisz explained. “It can observe all the time, the Earth blocks Hubble for large parts of the day where James Webb is going to be operating 24/7.”

Dr. Begoña Vila, an instrument systems engineer for the James Webb Space Telescope at Goddard, said the telescope will serve as “an observatory for scientists around the whole world.”

“In fact, the observations from all the submissions for the General Observers Program have just been selected, including examples of all the awesome science James Webb Space Telescope will give us,” Vila said.

The Webb telescope will be able to see back in time 13.5 billion years to discover new information on the first stars and galaxies ever formed.

The Webb’s infrared technology also will allow astronomers to view the faintest details in space history, according to Vila.

Closer to home, the telescope will be used to observe planets, moons, and other terrestrial objects within our own solar system.

Since the universe is constantly expanding, the light emitted from objects in space is moving further away from Earth. This also means that astronomers must observe light through dense clouds of dust. Webb will be able to penetrate that dust.

There are many different materials on the telescope that will allow it to function in the unforgiving space environment.

“Many of those materials have been chosen because they behave well and are stable at the very cold temperatures James Webb operates, around 40 K (-388 F),” Vila said.

Just getting the complex telescope into space will be an impressive feat, Vila said.

The fully-deployed Webb is the size of a tennis court, much larger than Hubble. But it weighs less.

The new telescope has to be folded to fit into the spacecraft and then unfolded once in space. Vila admitted that the procedure makes him and other scientists nervous.

“The ability to launch into space a telescope of this size that needs to be folded to fit inside the launch vehicle and deployed once on orbit will be a great achievement and demonstration for future missions,” Vila said. 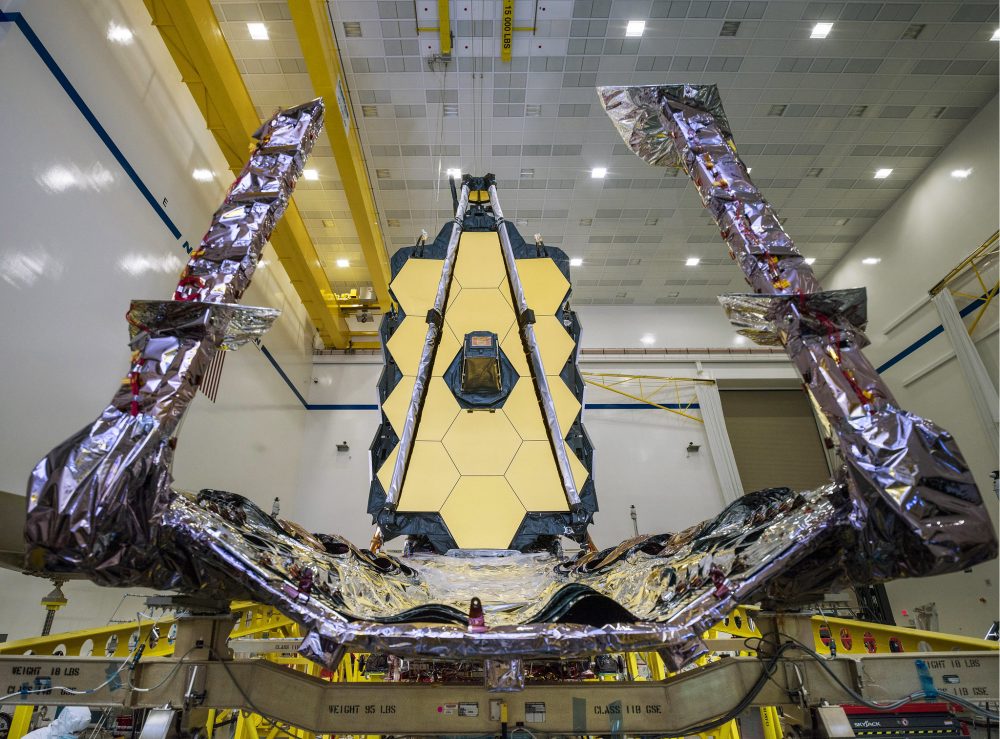 Weisz said he hoped the public could appreciate the years of effort that scientists have put into the telescope and the payoffs that are coming.

“We are talking about one telescope that’s doing all these things that Hubble scratched the surface, and now we have this whole bigger, modern machine that’s going to take that little bit that Hubble did and blow it way up,” Weisz said.

Goddard has been working with many international space organizations in order to finish the Webb project, including the European Space Agency and the Canadian Space Agency.

The primary contractor throughout the project has been Northrop Grumman Aerospace Systems. The Space Telescope Science Institute will operate as mission control for the Webb telescope after launch.

NewsMatch opens with $3 million+ in matching grants for nonprofit newsrooms across U.S.