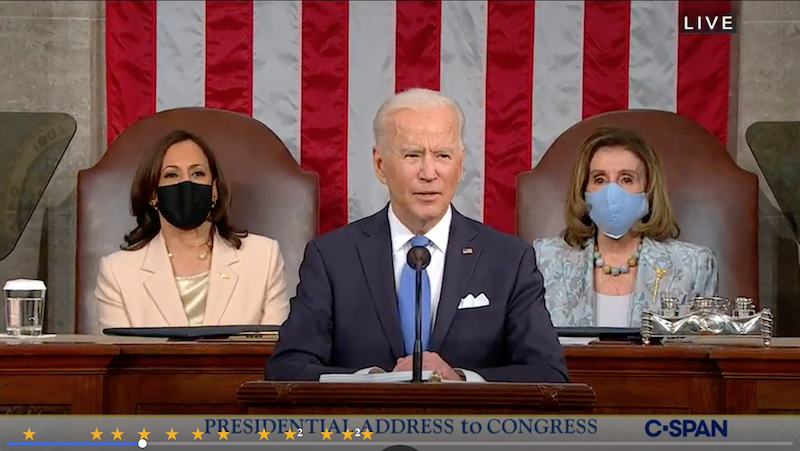 Biden introduced a proposal in an address to a joint session of Congress on Wednesday evening. “Let’s make that provision permanent so their premiums don’t go back up,” the president said.

Below is an edited excerpt of an interview DeMarco did with MarylandReporter.com on Thursday. DeMarco, who is one of the most well-known health care lobbyists in Annapolis, discussed Biden’s health care and prescription drugs proposals and reflected on similar-themed legislation that the Maryland General Assembly passed during the 2021 legislative session.

Why is Biden’s proposal so significant?

DeMarco: The American Rescue Plan was great in expanding subsidies to people and in making more people eligible for the ACA. But it is only for two years. And what the president said last night is that those changes should be made permanent. This is a game-changer. This is a big-big plus for the Affordable Care Act and for millions of Americans who not yet benefited from the ACA, which has expanded health care to 2o million Americans and 400,000 Marylanders.

How specifically would the proposal benefit Marylanders?

DeMarco: In Maryland, the big picture is that the uninsured rate went from 13% before the ACA to 6% now. Four hundred thousand people are covered now by either Medicaid or private insurance through the ACA. But that still leaves 300,000-plus individuals who are uninsured for various reasons. Some of them do not even know that they are eligible for health care.

In addition to that, there are those folks in Maryland and across the country for whom the subsidies from the 2010 ACA were not enough to help them afford health care. What President Biden proposed to make permanent last night, which is now in place for two years will provide additional subsidies to folks to get them enrolled.

The President also talked about lowering prescription drug costs in last night’s speech? What would that mean for Marylanders and what is the state doing to contain costs?

DeMarco: We are thrilled that President Biden has made Medicare negotiation with prescription drug companies a priority. It is shameful that every other industrialized nation and the VA (Veterans Affairs Administration) all negotiate with the drug companies to keep prices low but Medicare cannot-the biggest buyer of drugs. It makes no sense.

It has been about two-and-a-half weeks since the General Assembly’s 2021 legislative session adjourned Sine Die. Looking back, what were some the high and low points of the session?

DeMarco: The high point for us was that it was one of the best sessions for public health and health care that I remember. Despite the pandemic. Despite so much going on on so many levels. Senate President Bill Ferguson and House Speaker Adrienne Jones made health care, dealing with health inequities, and addressing the pandemic top priorities. And that is why we got passed the Health Equity Resources Communities Act. That is a great new law, which will pour millions of dollars into reducing health disparities.

We passed a law that will give more subsidies to young people and get more people to enroll. As well as a great new law that says when you file for unemployment you get connected to health care. Those three together were just tremendous victories, in addition to the override of the governor’s veto of the funding for the prescription drug board. The low point was not being able to see people in-person. Zoom and phone calls are nice. But they are not anywhere near the same as in-person interaction.

What are your goals for the next legislative session?

DeMarco: Let me just say we have got a lot to implement. I would be satisfied if over the next year-and-a-half we implemented well the laws that are in place. The prescription drug board is required to present a plan on how to make prescription drugs more affordable for state and local governments to the Legislative Policy Committee. We are going to be working closely with them. They have a stakeholder council being created. The Health Equity Resource Communities has to be implemented by the Maryland Community Health Resource Commission. I see our organization focused like a laser over the next couple of years on implementing the great laws that have been passed.

Bill expands maintenance of efforts to other county services