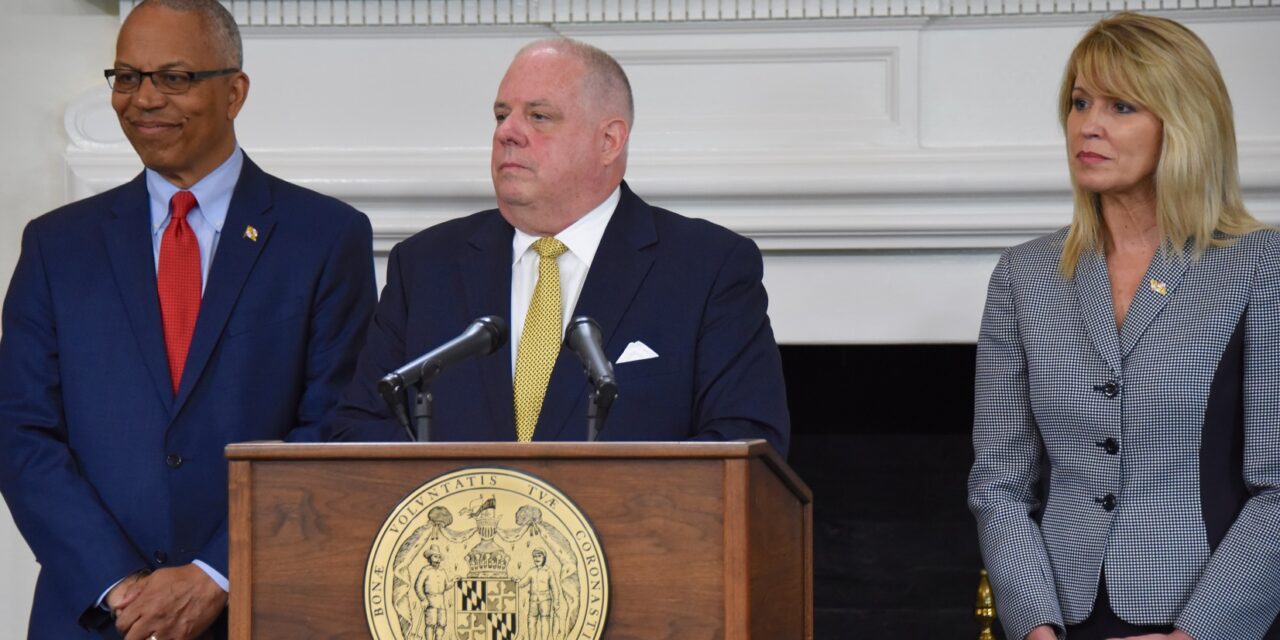 RUTHERFORD OUT, SCHULZ IN GOP RACE FOR GOVERNOR: Maryland Lt. Gov. Boyd Rutherford (R) has decided not to seek the state’s top job in 2022, creating a wide-open GOP primary. Hogan, who is term-limited, is set to leave office in 2023. Hours after Rutherford’s announcement, Hogan Commerce secretary Kelly Schulz released a campaign video saying she would seek the Republican nomination. Schulz, 52, served as labor secretary when Hogan took office in 2015, after a term representing Frederick County in the House of Delegates. Erin Cox in the Post.

GLASSMAN FOR COMPTROLLER? But in what appears to be part of a broader coordinated effort among leading Maryland Republicans, Harford County Executive Barry Glassman, who considered a gubernatorial bid, is expected to announce on Thursday that he is running for comptroller, multiple sources told Bruce DePuyt of Maryland Matters. He has scheduled a kickoff event at 11:30 a.m. at the Level Volunteer Fire Company in Havre de Grace.

BAKER RERUN: After an unsuccessful bid for the Maryland gubernatorial seat in 2018, former Prince George’s County Executive Rushern L. Baker III is contemplating running for a second time, William Ford of Washington Informer is reporting. Baker, 62, said Monday that no official announcement has been made, but said the coronavirus pandemic highlighted disparities in education, the economy and health care as part of his reason to assess running in the 2022 gubernatorial election.

FORMER MD. MEDICAL EXAMINER TESTIFIES FOR CHAUVIN: David Fowler, a former chief medical examiner for the state of Maryland, said he would not have categorized George Floyd’s death a homicide, as an autopsy declared, saying there were too many conflicting factors to accurately determine the manner of death. Fowler, among others, has been sued by the family of Anton Black, a young Black man who died under police restraints in Caroline County. The examiner found that death an accident. Holly Bailey and Mark Berman report from Minneapolis in the Washington Post.

MORE SESSION WRAP-UP: The Maryland Association of Counties and its Conduit Street blog has end-of-session wrap-ups on multiple issues, particularly some that as it says, “needs more work.” The issues include health and human services, public safety and corrections, and government liability and courts. Some of these issues never got much coverage.

WHO KNEW? STATE PARKS WEEK: This is Maryland’s first State Parks Week, reports Conduit Street. (The LG has been visiting them.) The first state park, aimed at preserving shrinking forests, was Patapsco Valley State Park in Howard County in 1910.

O’MALLEY TOUTED FOR BIDEN APPOINTMENT: Former Gov. Martin J. O’Malley is being touted for a top job at the U.S. Environmental Protection Agency, a leading environmental publication reported Tuesday, according to Maryland Matters. But two other specialty news websites this week suggested O’Malley may be under consideration to become U.S. ambassador to the Vatican.

BUDGET IN BALT. COUNTY: Baltimore County Executive Johnny Olszewski is proposing increased spending on schools, reports WYPR’s John Lee, and the County Council is ready to give it a hard look.

MOSBY ON NOT PROSECUTING MINOR CRIMES: Baltimore City State’s Attorney Marilyn Mosby told City Council members Wednesday more about her office’s now permanent policy to no longer prosecute minor crimes like drug possession and prostitution, WJZ reports including video of Mosby’s testimony. “There is no public safety value, and never really was any public safety value, in prosecuting these low-level offenses,” Mosby said. “It is wholly counterproductive to continue to prioritize low-level offenses over violent crime,” she told council members.

SHOTS IN GAITHERSBURG: Dan Schere of Bethesda Beat reports that Gaithersburg police said officers at an apartment complex on Wednesday heard a gunshot from a balcony “in the vicinity” while they responded to a traffic call. The shot set off a heavy response from multiple departments, because of the possibility that the gunshot was aimed at the officers. However, Gaithersburg Police Chief Mark Sroka said during a press conference it was not clear if the officers were “fired upon.”

QUESTIONABLE PURCHASES: A top official at Baltimore County’s Department of Economic and Workforce Development, William “Chris” McCollum, made $29,670 in unauthorized expenditures when he headed the county’s Ag Center, according to a report released today by Inspector General Kelly Madigan. Mark Reutter of Baltimore Brew reports. Another $8,925 in problematic purchases were made by a lower-ranked employee who had access to county-issued procurement cards (“P-cards”).