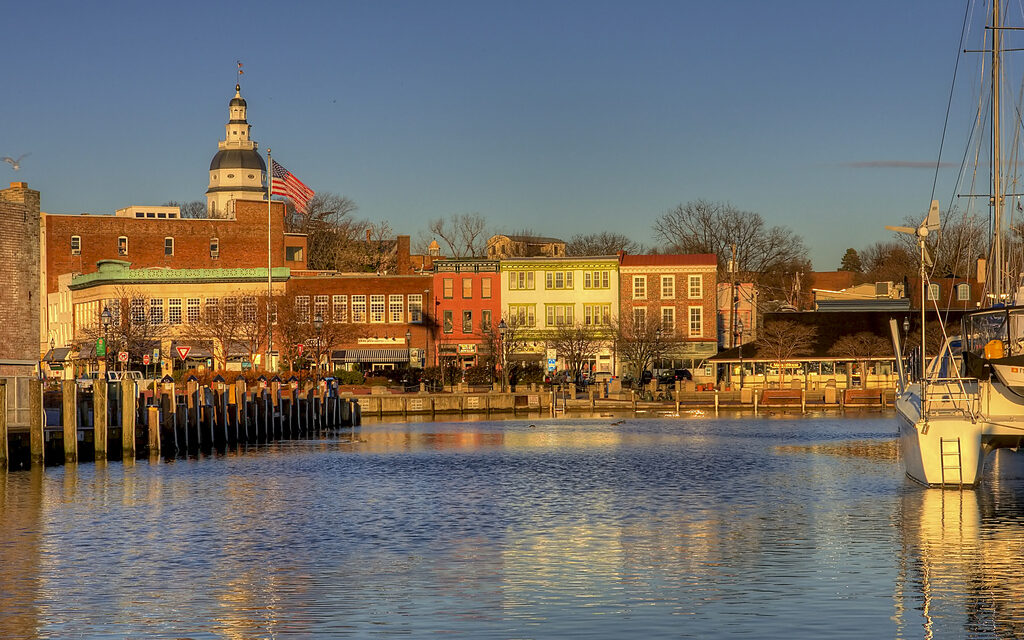 VACCINE ROLLOUT WILL HAPPEN BY END OF APRIL: Due to improved COVID-19 vaccine infrastructure and an expected increase in vaccine supply from the federal government within the next few weeks, Maryland will be able to move into the second phase of its vaccine distribution plan starting early next week, Bryan Renbaum writes for Maryland Reporter. Hogan outlined a timeline of phases that will culminate with all Marylanders ages 16 and older on April 27.

STATE BUDGET GAINS INITIAL APPROVAL: The House of Delegates gave initial approval to a state budget plan that was bolstered by a dramatic influx in federal stimulus funding and state revenues that were recently projected at about $900 million more than previous estimates, Danielle Gaines reports for Maryland Matters. The House spent more than two hours Thursday night, spending a lot of time debating social issues like private school vouchers and access to abortion before voting on the $50 billion budget plan.

CHURCH DEFIES BALTIMORE CITY ORDER: An evangelical church in Baltimore has continued holding services and even livestreamed them after Baltimore closed it for COVID violations, Christine Condon reports for the Sun. Greater Grace World Outreach Church in Northeast Baltimore’s Frankfort neighborhood featured a nine-person band, some of whom were wearing masks, at a Wednesday service and the pastor argued against mask wearing and other restrictions in places of worship.

SCOTT ON FIRST 100 DAYS AS BMORE MAYOR: Baltimore Mayor Brandon Scott reflected on his first 100 days in office in a prerecorded speech Thursday night, Tre Ward reports for WBAL. Scott remembered victims of violence in the city and said the coronavirus restrictions had been done out of love for the people of the city.

VOTING BY DISTRICT HERALDED FOR EQUITY: Maryland House Speaker Adrienne Jones celebrated legislation that would prevent county commissioners from being elected by “at-large” voters instead of voters of a specific district, Bruce DePuyt reports for Maryland Matters. And advocates say she was right to do so, because historically at-large voting has made it hard for racial minority candidates to win.

LEGAL HELP FOR RENTERS APPROVED: A proposal that would give low-income tenants the right to counsel against retaliatory evictions passed out of the Maryland House of Delegates Thursday, Bennett Leckrone reports for Maryland Matters. House Republicans, some of them landlords themselves, had fierce objections to the bill and said it would be unfair to landlords.

CONOWINGO DAM RELICENSED FOR 50 YRS: “A federal commission has granted the Conowingo Dam’s operator a new 50-year license to continue producing hydropower in a case activists say will have a profound impact on states’ ability to regulate water pollution nationwide,” Julia Rentsch reports for the Salisbury Daily Times.

HBCU LEGISLATION WELCOME AFTER LONG WAIT: Sixteen years was a “very very long time to wait,” the president of Morgan State University told Sean Yoes of AFRO about legislation that will finally settle a lawsuit between the State of Maryland and its Historically Black Colleges and Universities with a $577 million settlement for the state’s historically inadequate and inequitable funding.

LEGISLATURE POISED TO THROW OUT STATE SONG: Maryland’s state song with Confederate themes is close to being abolished from the list of state symbols, Pamela Wood reports for the Sun. The House legislation already passed and now companion legislation in the Senate, sponsored by Montgomery County Sen. Cheryl Kagan, a Democrat, is advancing, with a final vote as early as Friday.

CHAMBER OF COMMERCE BILL WOULD ALLOW GROUP INSURANCE BUY: The House Health and Government Operations Committee held a hearing on a bill that would allow chambers of commerce to offer group health insurance plans to its member businesses, the staff of the Garrett County Republican reports. Del. Wendell Beitzel, R-Garrett, sponsored it.