Hogan: State not yet ready to lift capacity restrictions on bars and restaurants 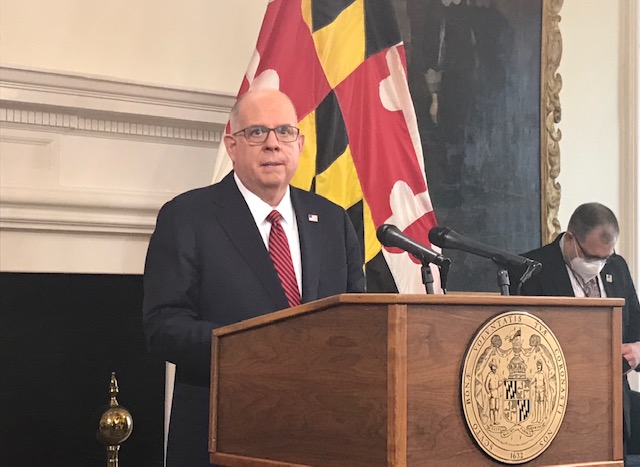 Gov. Larry Hogan said Tuesday that even though Maryland’s coronavirus positivity rates have steadily declined for weeks and vaccines have become more readily available it may still be some time before the state lifts capacity restrictions on public establishments such as bars and restaurants.

State law limits the maximum indoor dining capacity at bars and restaurants to 50%. And some jurisdictions have even decided to limit indoor dining capacity below that figure. Earlier this month Hogan lifted the dining curfew that required bars and restaurants to close by 10 p.m., and some jurisdictions such as Frederick County, have decided to allow both food alcohol to be served past that time.

“Those are things we are taking a very close look at. We have 100% of our businesses open at this point. But we still do have some capacity restrictions. I don’t see us lifting any masking orders any time soon because we are worried about the variants,” Hogan said in response to a question from MarylandReporter.com at a news conference at the State House in Annapolis.

Hogan added: “Our metrics could not be going any better. And we are down to the October levels. We got past the holiday surge and this has been consistent now for six to eight weeks…Everything is going down. We want it to keep going that way….What we don’t want to do is have everybody get complacent…There’s kindling out there. There’s embers. And we don’t want it to flame up again.”

But Restaurant Association of Maryland President and CEO Marshall Weston told MarylandReporter.com in an interview on Monday that he does believe it is time for the state to start easing dining capacity restrictions. Weston estimated that 30% to 35% of the state’s restaurants have already closed or are on verge of closing. Weston said Maryland’s restaurants are in need of further fiscal stimulus from both the state and the federal government if they are to survive the pandemic.

At Tuesday’s news conference, Hogan announced an executive order that requires all Marylanders over the age of 5 to wear face coverings “in any area of a school setting where interaction with others is likely,” such as classrooms and hallways. Hogan has urged local officials to begin returning students to the classroom by March. 1.

Hogan relayed information from federal officials that said the COVID-19 vaccine that biotech giant Johnson & Johnson is developing and is in part being completed at a facility in east Baltimore-could be made available to the state as early as next week if the FDA decides to grant emergency approval. Hogan said a FEMA-supported mass vaccination site will open in southern Maryland by March 11. The mass vaccination site an M&T stadium in Baltimore is scheduled to open on Thursday, Feb. 25.

There are 377,628 confirmed cases of COVID-19 in Maryland as of Tuesday morning, according to the Department of Health, and 7,580 people in Maryland have died from the virus. The state’s positivity rate is at 3.9%, which is within CDC recommended guidelines for containment. Maryland has conducted almost 7.7 million COVID-19 tests. 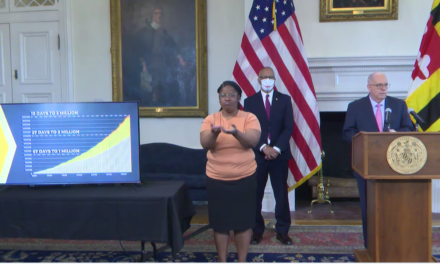 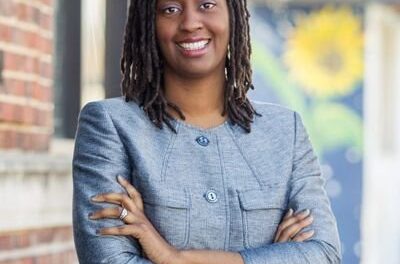