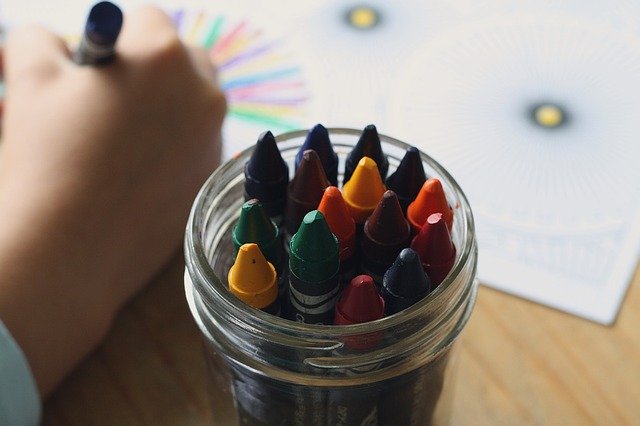 Image by Aline Ponce from Pixabay

Isabella Wise had a child when she was just 15 years old — and it changed her life.

She dropped out of high school to support her often-sick daughter, and battled postpartum depression.

“My life became chaos, between gang violence and foster care, I did not get my GED until I was 21,” Wise, a Montgomery County resident, said during a state legislative hearing on Jan. 27.

Wise’s story is familiar to many Marylanders — hundreds of students who are parents attend high schools across the state.

And now, state legislators are working to make sure that those instances — of violence, depression, and occasionally, poverty — become far less frequent.

A triad of bills in Maryland’s state Legislature aims to support parenting-students, tracking data and implementing new policies to keep them in school, ensure their children’s health — and get their diploma.

“We want to ensure that parenting students have the same rights to the same education as their non-parenting peers,” said Diana Philip, executive director of NARAL Pro Choice Maryland.

These efforts would target a significant group of Marylanders.

In the 2017-18 school year, 2,645 children were born to mothers younger than 19 in Maryland, according to Power to Decide, a nonprofit group that advocates preventing unplanned pregnancies.

For mothers that age, education prospects tend to be grim.

According to Maryland public school data, only 40 percent of teen mothers graduate — with the complications of childcare and supporting a family making a secondary education difficult, if not impossible.

“The school system in Maryland is making dropping out of school a very easy decision for over half of our pregnant and parenting students,” said Maggie McCaughey, a social worker and advocate for the legislation.

So, the three bills aim to make that decision harder.

Cross-filed in the Maryland House and Senate, each one addresses a different area of concern for pregnant or parenting students.

The main legislation, identical bills HB401 and SB438, stipulates that the Maryland Department of Education implements a sweeping statewide policy to support those students.

For lead sponsor in the House, Del. Michele Guyton, D-Baltimore County, the policies are common sense.

HB401 outlines a number of requirements for public schools throughout the state.

For one, it requires that schools offer a space for breastfeeding — which must include a sink, tabletop space, and outlet for a breast pump.

And, crucially, that space can’t be a bathroom or closet.

“Schools are going to have to figure out how it can work,” Philip said.

The bill also requires schools to provide better counseling and assistance for teen mothers in school.

When Wise had a daughter in middle school, her counselor advised her to drop out.

And with few options, as well as a child to care for, she listened.

But that’s not something that has to happen anymore, she said.

So, lawmakers are also asking schools to help out — having each school appoint a liaison from their staff for transportation and counseling services.

“We’re not looking for schools to build childcare centers on site,” Philip said.

Furthermore, school districts will be asked to support training for staff in order to guide pregnant and parenting students — something Wise said she would have benefitted from.

“It would have only taken one caring adult to care for me when I was in school and say, ‘Hey, everything’s going to be OK,’” Wise told lawmakers.

In 2017, Maryland passed a bill outlining excused absences for students with children.

It declared that missing school due to parenting needs was a lawful absence and that mothers should be allowed at least 10 days of time off after the birth of their child.

And though that law was a significant step for parenting students, there’s still work to be done in order to quantify its effectiveness, Philip said.

That’s why lawmakers have introduced two other bills that focus on data tracking.

In 2018, there was a significant discrepancy between the number of students having children, and those dropping out of school.

Nearly 2,700 children were born to women under 19, yet only 49 students cited pregnancy or parenting as a reason for leaving school in the 2017-2018 academic year, according to Maryland public school data.

So, additional legislation would require the state to track students.

For privacy reasons, only students could report the data — making Maryland the second state to have such information on file.

“After we’ve had the wonderful policy put in place… then we want to actually be able to determine how well these policies have been working,” Guyton said.

Wise earned her GED diploma, and now works for an organization focused on empowering teens in the Greater Washington area— educating almost 100 girls about pregnancy and sexually transmitted infection prevention.

And she hopes that this legislation will give other students who have children similar opportunities to succeed.

“I feel like prevention is cheaper than intervention. We should have parents have childcare in school,” Wise said.

Bill would put an armed officer in every school