An ice sculpture of the State House at the Red Red Wine bar in Annapolis in January 2017. A lobbying firm paid for the sculpture. MarylandReporter.com file photo

BILL WOULD BLOCK NEW ICE DETENTION CENTERS: The General Assembly is considering legislation that would essentially put an end to privately run immigration detention centers in the state. But currently, there do not appear to be any in the state, writes Bryan Renbaum of Maryland Reporter.

PANDEMIC RELIEF BILL ALTERED: A pandemic financial aid plan that includes a mix of direct payments, tax breaks and help for businesses is heading toward final approval in the General Assembly, with negotiations among delegates, senators and Hogan administration officials ongoing to smooth its path, Pamela Wood of the Sun reports.

COMPENSATION FOR WRONGLY IMPRISONED: The General Assembly is poised to create a state-mandated system to compensate people who are wrongly convicted and imprisoned, removing barriers to getting paid that exonerees have faced for decades. The Senate unanimously approved the legislation on Wednesday, and the House is expected to move quickly on the measure as well, Ovetta Wiggins of the Post reports.

PRISON PROBLEMS: The COVID-pandemic has exposed major systemic problems in Maryland’s prisons that have been ignored for years, former judge Phil Caroom writes in a commentary for Maryland Reporter. He says several pieces of legislation offer some solutions.

HEARINGS TODAY ON POLICE BILLS: On Thursday, the Senate Judicial Proceedings committee will hold a hearing on two bills. One of them would repeal the Law Enforcement Bill of Rights and another called “Anton’s Law” that looks to make misconduct investigation records available to the public, Ray Strickland of WMAR-TV reports. “The need for accountability is at its highest,” said David Rocah, senior staff attorney at the ACLU of Maryland.

KIRWAN VETO OVERRIDE EXPECTED: The veto of a multi-billion dollar education bill in Maryland may be overridden this week, along with tax increases to fund it, as the state legislature is expected to take up the three related bills by Friday, Patrick Hauff of Capital News Service writes in a story that appears in Maryland Reporter. The Senate is expected to override Gov. Larry Hogan’s veto of the Blueprint for Maryland’s Future education bill during its Friday session. It was overridden first by the House of Delegates Monday.

D.C. AREA LEADERS ASK FEDS TO HELP WITH FED WORKER VAXX: Maryland Gov. Larry Hogan, the mayor of Washington, D.C., and the governor of Virginia sent a letter to federal leaders Wednesday that urges them to help distribute vaccines to essential federal workers across the region, McKenna Oxenden of the Sun reports. The local leaders said that with more than 281,000 people who work for the federal government living in the National Capital Region, it would be difficult to prioritize getting the essential workers vaccinated because the leaders are focused on vaccinating other residents.

COUNTY ‘COMPLIANCE’ WITH STATE VAXX RULES MATTERS: While Maryland has said it’s allocating the COVID-19 vaccines to counties based on population, state health officials notified counties this week that the state can distribute doses based on how well the counties “comply” with state directives and how efficiently they can get shot into arms, Hallie Miller and Alex Mann of the Sun report.

OVERCOMING VACCINE HESITANCY: When officials in Prince George’s County began preparing for the arrival of COVID-19 vaccines late last year, they knew that many residents would hold back. In the weeks since vaccines started to become available, health care workers, first responders, teachers and others have been among those displaying what officials now refer to as “vaccine hesitancy,” writes Danielle Gaines for Maryland Matters.

2 HOSPITALS OFFER BOARD MEMBERS VACCINES: Amid a distribution crisis that has left Marylanders struggling to access the COVID-19 vaccine, two regional Maryland hospital systems have offered vaccinations to their board members — a move that abides by the state’s prioritization standards, according to health and government officials, Johanna Alonso of the Daily Record reports.

WA CO HITS 2 COVID MILESTONES: Washington County just hit two milestones in COVID-19 vaccinations, but health experts say there is a long way to go, Mike Lewis reports for the Hagerstown Herald-Mail. Meritus Health has administered at least the first dose of the vaccine to about 10.4% of Washington County’s total population, and to about 25% of those age 65 and older, according to Carrie Adams, the organization’s chief quality and transformation officer.

PG TEACHERS UNION DEMAND CLASSROOM SAFETY MEASURES: The teachers’ union in Prince George’s County said key safety measures must be met before teachers and students return to their classrooms, Dick Uliano of WTOP-FM reports. In an open letter to its members dated Feb. 8, the Prince George’s County Educators’ Association said the school system has not yet addressed its request for investment in facilities upgrades, specifically adequate air-filtration systems in every room where there are students and teachers.

POLICE REFORM COMING TO PRINCE GEORGE’S: Prince George’s County Executive Angela Alsobrooks announced nearly four dozen recommendations for the police department to implement such as mental health programs, officer training to prevent racial profiling and not hire officers with a history of misconduct or disciplinary problems. Three policies would require new recruits to engage in community service, improve access and operations of body-worn cameras and incorporate comprehensive leadership and other forms of training, William Ford of the Washington Informer reports.

FREDERICK PRINCIPALS OUTLINE HYBRID ED PLANS: Frederick County Board of Education members heard from six county public schools principals on Wednesday — just six days before in-person learning is set to begin — about how planning for the hybrid model was going at their individual schools, Katryna Perera of the Frederick News-Post reports. The principals answered questions from the board and provided details about various topics including cleaning protocols, personnel protective equipment, arrival and dismissal strategies and meal time plans.

EX STUDENT SCHOOL BOARD MEMBERS FILE AMICUS BRIEF: More than 100 former student school board members in Maryland weighed in Tuesday on a lawsuit by two Howard County parents that aims to strip the student member’s right to vote on board matters, saying it is an “egregious attack” on student representation, Jacob Calvin Meyer reports in the Howard County Times. 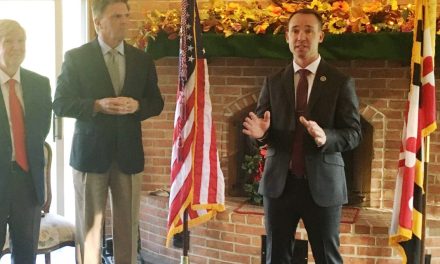 State Roundup: As Republicans call for unity, Ehrlich to act as ’emissary’ for Cox, other candidates; victims of clergy abuse frustrated by Frosh ‘foot-dragging’ 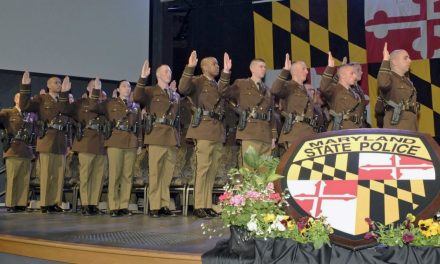