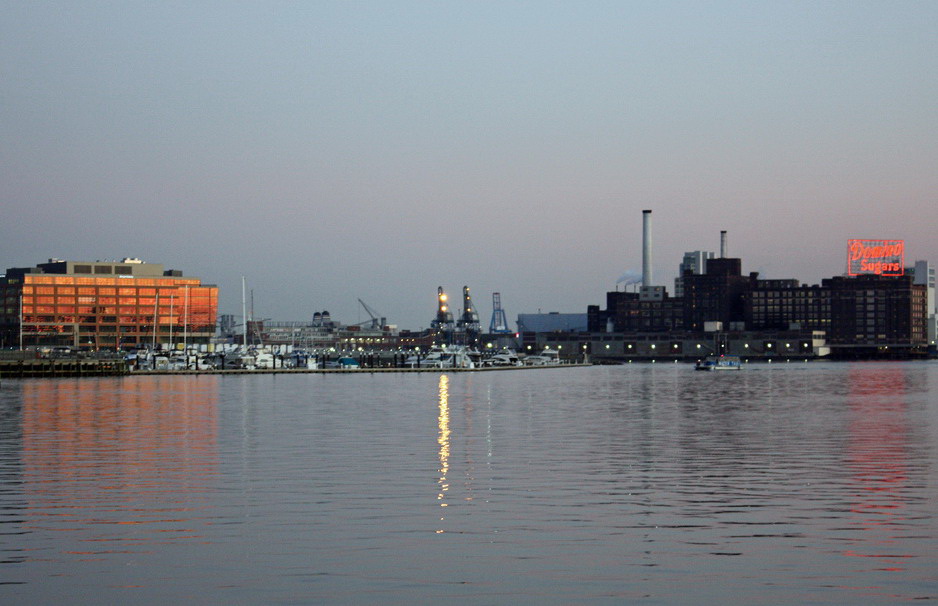 The 70-year-old Domino Sugars sign on Baltimore's Inner Harbor will be coming down to be replaced by a an LED version. MarylandReporter.com photo. https://www.baltimoresun.com/business/bs-pr-bz-domino-sign-replacement-20210203-4cmuf2u3ffa2xbw7535vca6qd4-story.html

STATE OF STATE: HOGAN UPBEAT BUT CAUTIOUS AS COVID DOMINATES TALK: Gov. Larry Hogan painted a picture of hope in his 19-minute virtual State of the State address on Wednesday evening and said he is confident that Maryland will ultimately triumph over the hardships associated with the coronavirus pandemic, Bryan Renbaum reports for Maryland Reporter.

HOGAN COVID RELIEF ACT GOES TO HOUSE PANEL: After advancing with amendments in the state Senate Wednesday, Gov. Larry Hogan’s $1 billion RELIEF Act of 2021 faces scrutiny in the House during Thursday’s Ways and Means Committee meeting, Darryl Kinsey of the Capital News Service reports. The bill has been characterized as a strong starting point in helping Maryland residents still struggling under economic losses during the ongoing COVID-19 pandemic.

BILL WOULD STRIP GOVs OF SOME PAROLE DECISIONS: Maryland governors would be stripped of the final say in parole decisions for inmates sentenced to life with the possibility of parole after having served at least 17 years in prison under legislation being considered by the Senate Judicial Proceedings Committee, Steve Lash of the Daily Record reports.

FELDMAN BILL WOULD ALLOW ADULTS TO USE CANNABIS: Senate Finance Committee Vice Chair Brian Feldman (D-Montgomery) has filed legislation to legalize adult-use cannabis and pump funding into communities that have been adversely impacted by its current criminalization, writes Hannah Gaskill for Maryland Matters.

OPINION: CITIZENS SHOULD DRAW CONGRESSIONAL DISTRICTS: Howard Gorrell, the first complainant challenging the constitutionality of Maryland’s congressional districts for the 2010 decade, writes in an op-ed for Maryland Reporter that while Gov. Hogan signed an executive order creating a citizen redistricting commission, it lacks the authority to draw binding maps. However, its recommendations will put redistricting in the public eye.

MO CO KICKS OFF VACCINE EQUITY PLAN: As Montgomery County continues to vaccinate its older population against COVID-19, officials have turned their attention to others lagging behind — minorities whose communities are affected the most. A new county vaccination equity plan will set aside a portion of vaccines for minority communities disproportionately affected by the coronavirus, Briana Adhikusuma of Bethesda Beat reports.

KILLING THE CHESAPEAKE:  The USA Today Network in a multi-part series takes a deep dive into the Chesapeake Bay and how the Susquehanna River affects it and the people who love the Bay.

MO CO PURSUES POLICE REFORM: After the killing of George Floyd last year and ensuing protests, local officials and lawmakers in the wealthy, left-leaning suburb of Montgomery County promised change in policing, adding funding for mobile crisis units to de-escalate confrontations with mentally ill residents and passing a “use-of-force” law that, among other things, requires officers to act when they see colleagues using what appears to be excessive force. More proposals are on the table. But various roadblocks loom ahead, Rebecca Tan and Dan Morse report in the Post.