Hogan: ‘Mass vaccination sites’ to be set up throughout Maryland 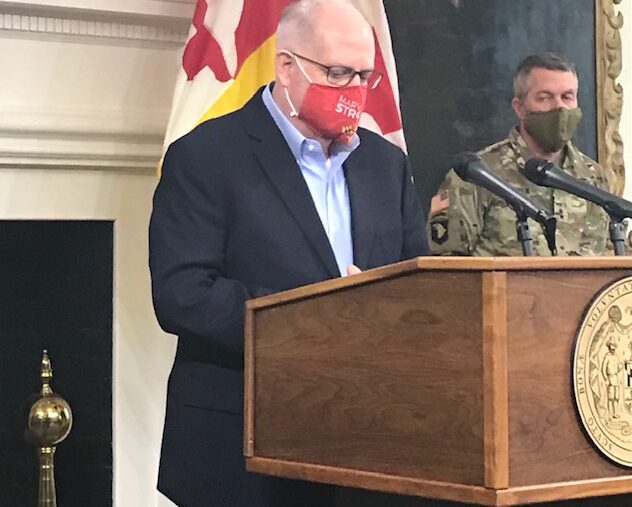 To speed up and increase the efficiency of the state’s rollout of its supply of coronavirus vaccines “mass vaccination sites” will be set up throughout Maryland, Gov. Larry Hogan said Tuesday.

“With the anticipation that the federal government will be able to address these supply chain issues and that they will increase deliveries to the states-we have directed the Maryland Department of Health and the Maryland National Guard to work with county leaders, with hospitals and with private partners to establish mass vaccination sites at at least six central locations statewide,” Hogan said at a news conference at the State House in Annapolis.

Hogan said that the “hundreds” of the state’s guard members that had been deployed to Washington, D.C. to assist with security for last week’s inauguration ceremony for President Joe Biden will be “immediately” redeployed back to Maryland to help “plan, build, and launch” the vaccination sites.

Hogan said that Six Flags amusement park in Prince George’s County is in the process of being converted into a vaccination site and that it will open by Friday, Feb 6. at the latest. Vaccination sites will also be set up in Baltimore at the Convention Center’s field hospital on Feb. 6 and at M&T Stadium when possible, Hogan said.

Hogan said that each vaccination site will be available to all Marylanders regardless of which part of the state they live in. An appointment must be made in advance in order to get vaccinated, Hogan said.

Hogan said that beginning February 1, the state will expand vaccine eligibility to include “severely immunocompromised” Marylanders, such as those who have cancer and diabetes. The state is currently in Phase 1C its vaccination plan which covers Marylanders between ages 65-74 as well as some essential workers.

At Tuesday’s news conference, MarylandReporter.com asked Hogan if he expects the state to receive vaccines at a faster pace under the Biden administration than were received under the Trump administration. Hogan said while he is “hopeful” that the change in leadership will speed up supply he is not certain that that will be the case.

“We heard a week or two ago that there were 55,000,000 more doses that were sitting in Michigan that they said the Trump administration hadn’t acquired that they could immediately get out. That turned out not to be true…Today I think there is some report about maybe a 16% increase. So instead of getting 10,000 a day, we get another thousand a day. We’re doing 18,000 a day. So that’s not going to make that much of a difference to us at all.”

There are 344,620 confirmed cases of COVID-19 in Maryland as of Tuesday morning, according to the Department of Health, and 6,788 people in Maryland have died from the virus. The state’s positivity rate is at 6.64%, which is about two percentage points above CDC recommended guidelines for containment. Maryland has conducted nearly 6.8 million COVID-19 tests. 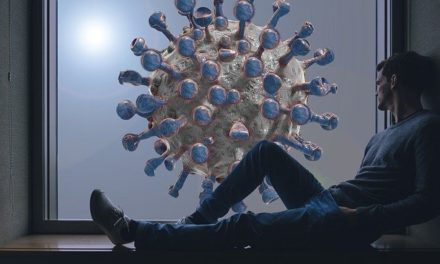