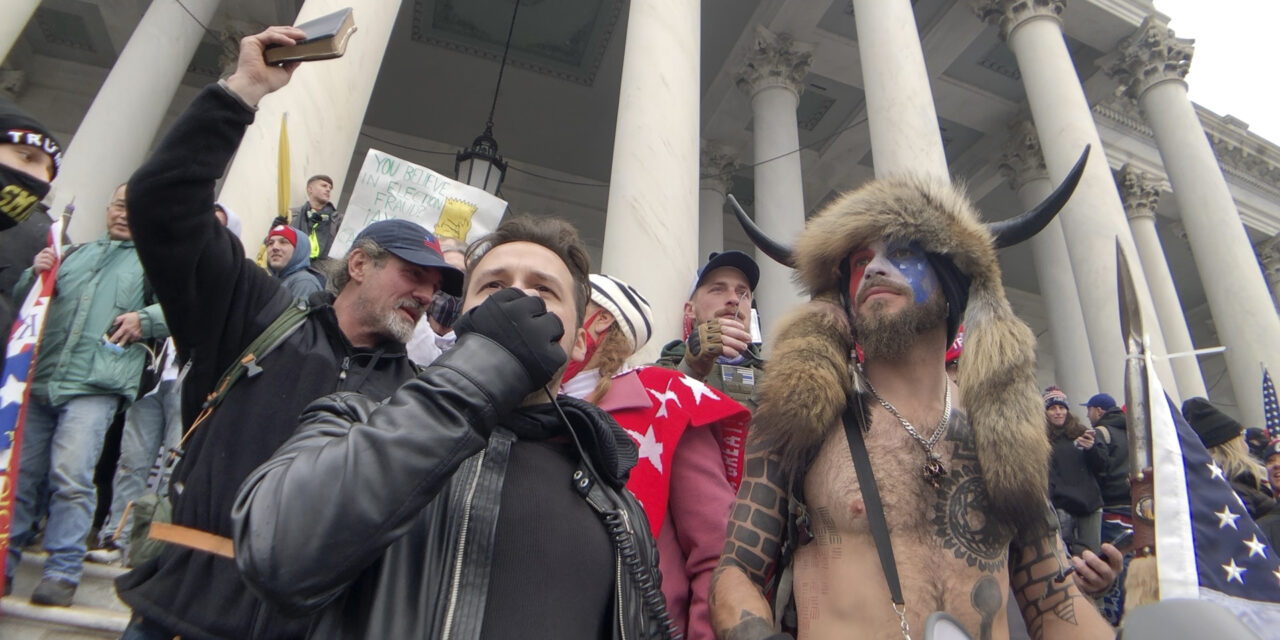 The attack resulted in dozens of arrests and the death of five people, including a female protester and a U.S. Capitol police officer. A federal murder investigation has opened into the death of the officer. Greenberger explained what charges the protesters might face as well as the possible invocation of the 25th Amendment to declare presidential incapacity and remove Trump from office just days before his term is scheduled to end. Lawmakers have threatened impeachment if Trump is not removed.

MarylandReporter.com: Court appearances began today for the some of Capitol protesters. Generally speaking, what kind of charges are they looking at?

Greenberger: The grounds for which criminal indictments can be issued are many. They are countless almost. Most especially this will be considered domestic terrorism and there will be any number of charges brought under federal law. And I believe charges will be brought by the District of Columbia government against protesters. Because of the technicalities, I don’t think that every conceivable protester who could be charged will be charged. But I think the so-called ringleaders will be charged. And even though not everyone who violated laws will be brought to justice, enough will be brought to justice that a lesson will be taught for the future about this kind of conduct.

MarylandReporter.com: How is domestic terrorism defined in statute?

Greenberger: Essentially it’s any violation of criminal law, which has at its purpose to influence public policy. In other words, this is not just that somebody forced their way into the Capitol, which in-and-of-itself would be a violation of many laws-but the intent to do this was to change the outcome of the election-a political consequence. And when you violate criminal law with the intent to affect the policy you are stepping into grounds of terrorism. And in this case, because these are United States citizens it’s domestic terrorism.

MarylandReporter.com: Some have alleged that the protesters are guilty of sedition. Is that true and how is sedition defined in statute?

Greenberger: Sedition is loosely used. The most classic translation of sedition would treason-engaging in treasonous conduct. But the remedy most quickly grasped here is an insurrection, which is an attack on governmental facilities and government institutions and government officials to affect policy. And here the intent was to overturn the election and to keep in power the present President of the United States. For that kind of conduct, there are any number of criminal statutes that could form the predicate here-the predicate being a violation of criminal law. And going forward, violation of anti-terrorism statutes by using the violation of criminal law to affect policy or to change government policy.

MarylandReporter.com: What are some of the lessons learned from the attack?

Greenberger: I think you have to start from the fundamental premise that the way our Homeland Security laws, policies and procedures are set up-it is a given that you have a strong federal administration, a strong commander-in-chief, a strong secretary of Homeland Security-that can organize the government in a way that it can effectively respond to any terrorist threats of this kind…In this case, we have the very sad situation of the insurrection being led by the President of the United States. That is to say that the person who is supposed to organize the response was the person who was encouraging the insurrection that needed to be responded to. This was a situation that was never contemplated by the founding fathers, by members of Congress, and even the public-that an insurrection would be led by the President of the United States. And what that means is that you really don’t have leadership on the federal level to organize the federal government to respond to the active insurrection. An effective Homeland Security response requires everyone from the President of the United States, the Secretary of Homeland Security, the Secretary of the Department of Defense, and the Attorney General to coordinate a response. And there are mechanisms in place that establish a War Room-like setting where the federal government organizes itself to the kind of activities we saw on Wednesday. Part of that response is to anticipate that there will be problems. The worry about what would happen on January 6th goes back many many weeks.

MarylandReporter: What do you make of suggestions by some lawmakers that the 25th Amendment should be invoked?

Greenberger: I do expect that Trump will behave from here-on-out. But if he doesn’t, one more act like this will provoke the use of the 25th Amendment. That is to say, the vice president will receive from the majority of the cabinet a vote to decertify the president as president. Now, the president can challenge that. But the vice president and the cabinet can reassert what they have done. That can be referred to Congress. But while Congress is considering that the vice president will be president. And Jan. 20th will come and there will be no chance to have Vice President Mike Pence’s decision reversed. And even if we were not up against the Jan. 20th deadline, I think the disgust with what happened on Wednesday is so universal that if the 25th Amendment is used to displace Trump, and if Trump had all the time in the world to challenge it while he was president-that it would not be reversed.

Over 90,000 voted early, surpassing tallies from past elections