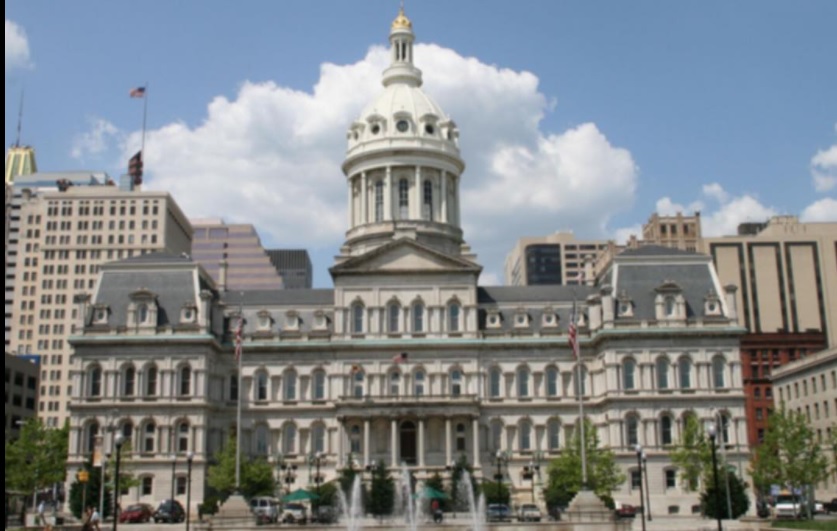 HOGAN ANNOUNCES RELIEF FUNDS, NO NEW RESTRICTIONS: More economic relief is on the way for Maryland’s small businesses, with Gov. Larry Hogan announcing the forgiveness of $75 million in emergency loans from the spring and new investments in housing and other areas, Bryan Renbaum writes for Maryland Reporter. But with new restrictions coming from counties, the fear is many businesses are at a “point of no return.”

FORMER MES OFFICIAL INVOKES THE FIFTH: Maryland lawmakers investigating a six-figure payout to Gov. Hogan’s former chief of staff as he left a state agency got few answers when they interviewed a key witness, Pamela Wood reports for the Sun. Matthew Sherring, who worked at the Maryland Environment Service with Roy McGrath before he joined Hogan’s team, repeatedly exercised his Fifth Amendment right to stay silent.

RESTAURANTS SAY OUTDOOR DINING LOOKS BLEAK: As Montgomery County restaurants brace themselves for the possibility of a winter season without indoor dining, their owners are pleading for help to cover rent and other expenses, Dan Schere writes for Bethesda Beat.

BALTIMORE CITY’S NEW GUARD: As Baltimore’s new City Council and President Nick Mosby were sworn in, a message of optimism and hope ruled the day, David Collins reports for WBAL TV. “We don’t need a miracle to change or improve conditions in Baltimore, Mosby said. “We need us, this body as City Council, you as residents.”

STATE HELPS LOCATE CARE FOR OVERWHELMED MEDICAL FACILITIES: Across Maryland, 50 patients have been helped by a new state program to coordinate care for patients when hospitals have reached capacity, Teresa McMinn reports for the Cumberland Times-News. That number includes seven patients from the Cumberland area, who were matched up with facilities that have capacity.

VACCINE IS COMING: Washington County is preparing for vaccine distribution, but because most people won’t be able to get it for months officials are asking people to continue to wear masks and social distance, Mike Lewis reports for the Hagerstown Herald-Mail. The first group will be health-care workers, first responders and the residents and staff members of nursing homes will be the first to receive the vaccine.

GARRETT COUNTY’S CASES NOW TOP 1,000: From only 75 cases as of Oct. 8, Garrett County has seen nearly 1,000 COVID-19 cases in two months and 75 new cases since just Friday, the staff of the Garrett County Republican report.

PARENTS WANT SCHOOLS OPEN: Some parents are unhappy about online-only learning in Carroll County Public Schools, Kristen Griffith reports for the Carroll County Times. Several did not hold back in sharing their frustrations with the school board, saying “open the damn schools.”

LIBRARIES FIND WAYS TO ENGAGE: From going fine-free to offering online programming to meet pandemic-driven needs or confront race issues, libraries across Maryland have been constantly reinventing themselves, Luciana Perez-Uribe and Michelle Siegel report for the Capital News Service. Many have reopened in a limited capacity and even those with buildings closed to the public have been offering outdoor, appointment-based pickups.

THORNTON STEPS DOWN FROM PG SCHOOL BOARD CHAIR: Alvin Thornton, the man who led a state education commission that recommended major educational changes nearly two decades ago, has resigned from the Prince George’s Board of Education, Donna St. George reports for the Post. He had been the chair of the board and did not list reasons for his resignation.

PARTNERSHIP TO HELP DEVELOP 5G: A new partnership, MD5G, is paving the way for 5G connectivity in Maryland, including the possibility of state regulations for developing the infrastructure instead of differing locality requirements, George Berkheimer reports for The Business Monthly.

BIKE, PEDESTRIAN FUNDING ANNOUNCED: More than $13 million will be spent through a grant program to support bicycle and pedestrian safety in Maryland, including two projects in Garrett County, Brenda Ruggiero reports for the Garrett County Republican.