State Roundup: Since March, State Police have charged 132 with noncompliance of covid restrictions 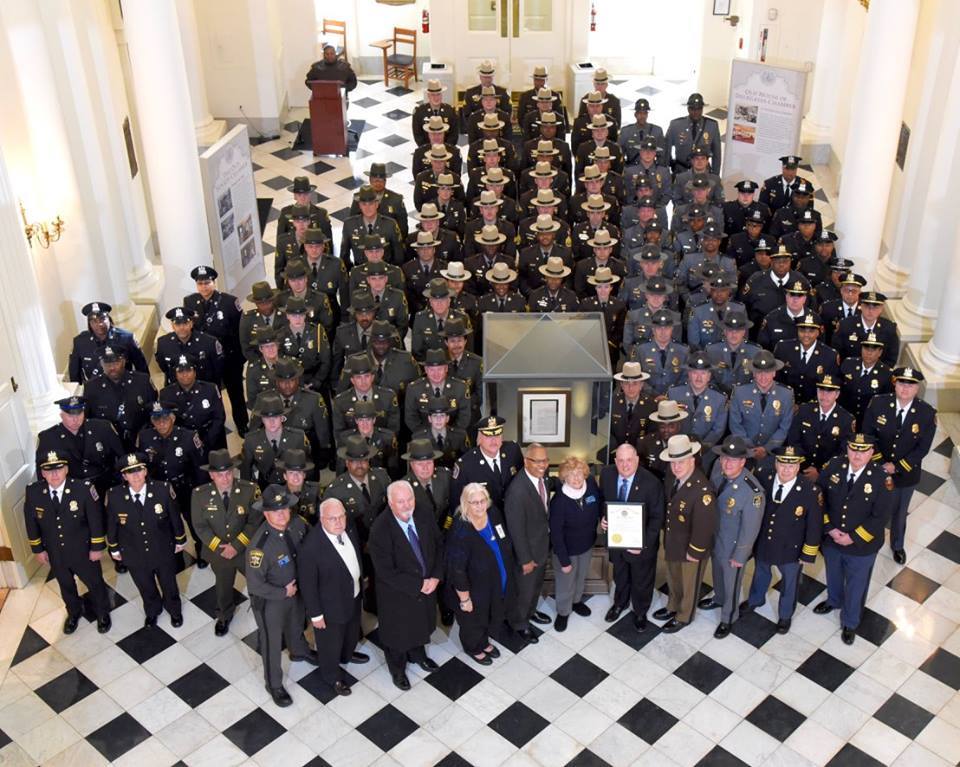 STATE POLICE TACKLE COVID SCOFFLAWS: Since the beginning of the pandemic in mid-March police have charged or arrested 132 Marylanders for COVID-related violations, according to recent data MarylandReporter.com obtained from the Maryland State Police. During that period police have responded to 4,657 calls for service and 41,920 compliance checks have been performed, Bryan Renbaum of MarylandReporter reports.

EXPERTS SAY RESTRICTIONS COULD HAVE SAVED LIVES: Thousands of lives could be saved in coming months if Washington-area officials tightened restrictions on indoor gatherings and other activities that encourage the spread of the coronavirus, health experts say. But elected officials are wary of acting too aggressively for fear of the economic and political costs, Robert McCartney of the Post is reporting.

LATEST COVID CASES: Here’s the latest state and county COVID-19 figures from the Sun, which is reporting at total of 217,329 total cases.

OPINION: HOGAN’s FAILURE AS PROCUREMENT CZAR: The editorial board of the Post opines that the “tortuous saga of Maryland Gov. Larry Hogan’s (R) much-hyped purchase of 500,000 coronavirus tests from South Korea this past spring is an object lesson in the pitfalls that await a chief executive who assumes the powers of a procurement czar — and then blows smoke when things go wrong.”

JONES TO REINTRODUCE HBCU FUNDING BILL: House Speaker Adrienne A. Jones (D-Baltimore County) is planning to reintroduce a bill that would provide an additional $577 million to Maryland’s historically Black colleges and universities over 10 years to end the state’s lengthy lawsuit over inequitable funding of the schools, Elizabeth Shwe of Maryland Matters reports.

McGRATH AIDE TO TESTIFY AT LEGISLATIVE PANEL: A man who worked for years alongside Roy McGrath, Gov. Larry Hogan’s former chief of staff who resigned amid questions about a payout as he left the Maryland Environmental Service, is scheduled to testify Thursday before a legislative committee, Pamela Wood of the Sun reports.

THE BMA DEACCESSION DEBACLE: In early October, Baltimore Museum of Art director Christopher Bedford announced a bold plan to raise $65 million for diversity and equity efforts by selling three paintings from the museum’s collection. But the masterpieces didn’t make it to the auction block. Sebastian Smee and Peggy McGlone of the Post explain what happened.

B’MORE COUNCIL OVERRIDES TWO YOUNG VETOES: With only hours remaining in Mayor Jack Young’s administration, the Baltimore City Council overrode two of his vetoes of bills designed to protect hospitality workers laid off during the coronavirus pandemic. However, the board failed to override the Democratic mayor’s veto of a bill that would have renamed a monument dedicated to explorer Christopher Columbus to instead recognize victims of police violence, Emily Opilo of the Sun reports.

SCOTT TO BE SWORN IN AS B’MORE MAYOR TODAY: Baltimore Mayor-elect Brandon Scott’s inauguration Tuesday will be closed to the public due to the COVID-19 pandemic, Scott’s office said in a news release Monday. Ben Leonard of the Sun writes that Scott will take the oath of office to become Baltimore’s 52nd mayor at noon Tuesday in the rotunda on the first floor of Baltimore’s City Hall.

ON OUTGOING MAYOR JACK YOUNG: Emily Opilo and Jean Marbella of the Sun profile outgoing Baltimore Mayor Bernard “Jack” when Young “assumed Baltimore’s highest office, he first said he had no intention of staying. The hospital administrator-turned-councilman-turned-City Council president built his career playing by an old-school political rulebook, patiently waiting his turn — first to run for council, then to take the reins.”

ARUNDEL COUNCIL CONFIRMS HISTORIC NEW POLICE CHIEF: The Anne Arundel County Council unanimously confirmed Amal Awad as the new police chief during Monday night’s meeting, making her the first woman, person of color and out member of the LGBTQ+ community to permanently serve in the role, Olivia Sanchez reports in the Capital Gazette. The confirmation was the council’s first, mandated by a charter amendment voters approved during the 2020 election.

MORE ON PAUL SARBANES: Paul S. Sarbanes, who as a young Maryland congressman drafted and introduced the first article of impeachment against President Richard M. Nixon and as a five-term U.S. senator tightened the regulation of corporate accounting practices after corruption scandals at Enron and other businesses, died Dec. 6 in Baltimore, Bart Barnes reports in the Post.