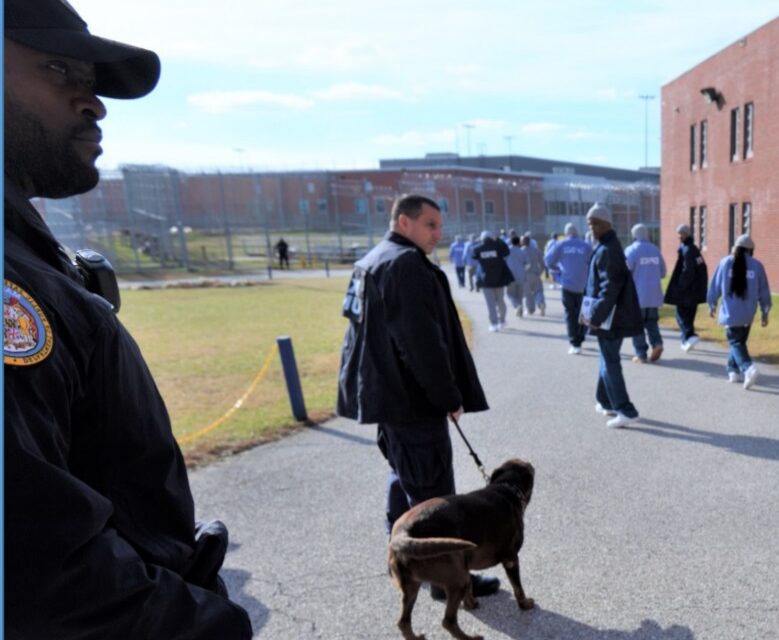 HOGAN SEEKS EARLY RELEASE FOR 1,200 PRISONERS: Gov. Larry Hogan has signed an executive order that makes about 1,200 prisoners eligible for early release, another action designed to slow the spread of the novel coronavirus, Ovetta Wiggins of the Post reports. The order assesses eligibility based on the age of an inmate and whether the prisoner is nearing the end of his or her sentence.

STATE WARNS AGAINST COVID FATIGUE: Health Department officials warned lawmakers at the Joint COVD-19 Response Legislative Workgroup on Wednesday of what may come in the next few months as Maryland’s COVID-19 infections, deaths and hospitalizations continue to sky rocket, Hannah Gaskill of Maryland Matters reports. “We’re at a point where help is not coming from the federal government fast enough,” Maryland Department of Health Secretary Robert Neall said Wednesday morning. “Simply put, all Marylanders must take individual action to slow the spread.”

ELRICH SAYS SHUTDOWN MAY BE NEEDED: Maryland may be in need of another shutdown as coronavirus cases surge in the state, according Montgomery County Executive Marc Elrich. Bryan Sears of the Daily Record reports that his comments come one day after Gov. Larry Hogan announced he will re-impose some restrictions including ordering bars and restaurants to end indoor service at 10 p.m. and reducing capacity limits on retailers, entertainment venues, churches and other establishments.

FRACKED GAS PIPELINE GETS STATE OK: A fracked gas pipeline planned for Maryland’s Eastern Shore received key approval last week, when the state Department of the Environment signed off on its tidal wetlands license. Now, the project is bound for the Board of Public Works, and environmental activists are continuing their fight to shut it down, Christine Condon of the Sun reports.

HOSPITALIZED COVID PATIENTS RISING IN MO CO: The percentage of hospital beds in Montgomery County occupied by patients with the coronavirus is rising this month, following a lag this summer, Bethesda Beat reports. As of Monday, 13.8% of hospital inpatient beds were occupied by patients with COVID-19, according to a graph on the Montgomery County Department of Health and Human Services’ website.

PURPLE LINE PROBLEMS STYMIE COMMUTERS: Colin Campbell of the Sun reports on the delays to Purple Line construction, writing that Ricardo Velis spends an hour and a half commuting each way on two buses between his home in Montgomery County and work in Prince George’s County. It’s a less than 30-minute drive, but he said one of the Montgomery County buses stops 20 times. He is one of the many awaiting the Purple Line, a 16-mile, east-west light rail line between Bethesda and New Carrollton. Decades in the making, the 21-station rail line is about 40% built. But many of the construction sites stand dormant.

CARROLL SCHOOLS RETURN TO VIRTUAL LEARNING: Carroll County Public Schools will move back from hybrid to virtual learning starting Thursday, Nov. 19, Kristen Griffith reports in the Carroll County Times. Board of Education members voted unanimously during a special meeting Wednesday evening to cease in-person learning for the vast majority of students, due to a rise in COVID-19 cases in the area.

CITY SCHOOLS REOPENING; BA CO SCHOOLS STAY CLOSED: The head of the Baltimore City school system said she is pleased with how things are going so far with the reopening this week of more than two dozen schools. Meanwhile, all schools in Baltimore County remain closed. The chief of the Baltimore County Schools said when it comes to COVID-19, much remains unknown, John Lee of WYPR-FM reports.

SCOTT RAISED $100,000 IN FINAL STRETCH: Baltimore Mayor-elect Brandon Scott raised nearly $100,000 during the final days of a race he was strongly favored to win, a campaign finance report filed Tuesday shows. Emily Opilo of the Sun reports that Scott, a Democrat who is currently City Council president, received maximum contributions of $6,000 from three donors on his most recent finance report.

TALBOT BOYS CONTROVERSY CONTINUES: For Ryan Ewing, the debate over removing a Confederate statue from the Talbot County courthouse lawn is personal: One of his family members is among those memorialized on the monument. But, writes Bennett Leckrone for Mayland Matters, Ewing, told dozens of residents at a rally to bring down the Talbot Boys statue last week that the monument’s continued presence at the courthouse flies in the face of the U.S. justice system’s promise of fair trials.

WA CO NOW A ‘SECOND AMENDMENT SANCTUARY: The Washington County Board of Commissioners have, through a unanimous vote, declared the county a Second Amendment Sanctuary, Julie Greene of the Hagerstown Herald-Mail reports. Sheriff Doug Mullendore also signed the resolution on Tuesday, saying in a phone interview afterward that he views the move as “symbolic,” but that “we would certainly testify against any bill that would try to take away the Second Amendment.”

MD FIRM SETTLES HAND SANITIZER SUIT: The AP is reporting that a Maryland Eastern Shore company has agreed to pay $550,000 to settle claims that it misled the Boston-area public transit agency about the effectiveness of its alcohol-free hand sanitizer, the Massachusetts attorney general announced Wednesday.