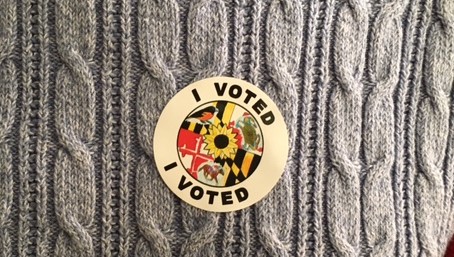 NOVAVAX TO EXPAND IN MONTGOMERY: A biotechnology company that is working on a vaccine for the coronavirus is planning a major expansion in Montgomery County that is expected to produce at least 400 new jobs by December 2024, Bryan Renbaum of MarylandReporter reports.

FRANCHOT: HOGAN ADMIN ‘BROWBEAT’ HOPKINS ON COVID NUMBERS: Comptroller Peter Franchot told MarylandReporter.com on Friday that the Hogan administration conducted a monthslong campaign to “browbeat” Johns Hopkins University, which is tracking Covid-19 positivity rates worldwide “into changing their positivity rate calculations so that they would not be different from the State of Maryland’s,” reports Bryan Renbaum.

GETTING THE RETURNS: Here’s live blogging of the election updates from the Sun. You can find Maryland Matters’ live blogging the results here.

HOW TO VOTE TODAY: The coronavirus pandemic has complicated the in-person voting process and the Maryland State Board of Elections advised Monday to try and make sure the process goes as smoothly as possible. The advice includes wearing masks, practicing social distancing, double-checking polling locations, following weather forecasts, trying to vote between 10 a.m. t0 2 p.m, and, if voting later-to be in line by 8 p.m. at the latest.  Bryan Renbaum writes in MarylandReporter.com.

DOJ TO MONITOR MO CO POLLS: The U.S. Department of Justice will have staffers on the ground in Montgomery County on Election Day, monitoring for violations of federal voting-rights laws, Laura Olson of Maryland Matters reports. In all, DOJ observers will be in 44 counties and cities across 18 states on Tuesday — fewer states than in 2016.

RECORD-BREAKING VOTING: Nearly 994,000 voters had cast their ballots during Maryland’s early voting period by the time it ended at 8 p.m. on Monday, far surpassing the 2016 election, when 876,000 Marylanders voted early. A total of 140,362 Marylanders had voted as of  8 p.m. on Monday alone, according to the State Board of Elections. Coupled with the 853,014 early votes cast over the past week, a total of 993,376 early votes were cast in the state, Bennett Leckrone of Maryland Matters reports.

FEAR & LOATHING AT THE BALLOT BOX: The more than 7 million who have cast early ballots in the District, Maryland and Virginia have approached their polling places or post offices with trepidation, Peter Jamison, Rachel Chason, Rebecca Tan, Laura Vozzella and Meagan Flynn of the Post report. Besides what seems to be an inflammatory presidential race, Maryland voters are weighing the state’s entry into the sports gambling business.

OPINION: AN ELECTION LIKE NO OTHER: Citing the example of an immigrant couple voting at Towson University, the editorial board explains how this presidential election is like no other in recent American history. “Dr. Cheikh, 78, an endocrinologist, and his wife, 73, a nurse, weren’t about to leave their ballots to the uncertainties of the U.S. Postal Service, not this year, not as naturalized citizens and especially not after vandals … twice attacked their Biden-Harris yard sign, first with spray paint, the second time leaving behind a pile of excrement.”

OPINION: HOGAN HAS A LOT RIDING ON ELECTION: “He’s not on the Election Day ballot. He pretty much threw away his presidential vote when he announced that he was writing in Ronald Reagan. And so far as we can tell, he’s made no effort to help any Republican candidate on the ballot in his home state.” But still, opines Josh Kurtz for Maryland Matters, Gov. Larry Hogan “has plenty riding on Tuesday’s election results.”

MdTA RESUMES REGULAR BILLING: The Maryland Transportation Authority is resuming regular billing and mail notices for unpaid tolls after adjusting its policies in March due to the coronavirus pandemic, McKenna Oxenden of the Sun reports.

CITY TO OPEN 44 SCHOOLS TO SMALL GROUPS: The Baltimore City school system will open 44 schools by mid-November to small groups of students having difficulty learning online, the first school district in the Baltimore area that is planning to bring at least some students back for classes five days a week, Liz Bowie of the Sun reports.

SOME FSU STUDENTS CONCERNED OVER COVID HANDLING: Some students do not feel safe with the way Frostburg State University is handling COVID-19 cases on campus, reports Elizabeth Shwe for Maryland Matters.

THE FUTURE OF NUCLEAR ENERGY: Nuclear energy is valued as a zero-emissions generation solution. Visible nuclear power is based on 1950’s technology that was optimized to power ships and submarines; but what is in place today does not forecast the future! This FREET webinar on November 5th looks at the issues confronting Maryland today as well as the potential of nuclear fission. What does science and technology tell us is inevitable 50 years from now? The vision is that nuclear fission can be a clean, sustainable, safe, and secure fuel source.

B’MORE ENDS PACT WITH PUGH FUNDER: Baltimore’s spending panel is set to vote this week on ending a longstanding agreement with a city contractor whose CEO was accused of improperly funding former Mayor Catherine Pugh’s campaign, payments that came under scrutiny during the federal investigation into the “Healthy Holly” scandal, Alison Knezevich of the Sun reports.

SUPREMES SEND MCKESSON SUIT BACK TO LOWER COURT: The U.S. Supreme Court on Monday negated a lower court’s decision that held a lawsuit against Baltimore activist DeRay Mckesson could proceed, sending the case back to the lower court, Ben Leonard of the Sun reports. The Supreme Court wrote that the appeals court should have sought guidance on relevant state law relating to the First Amendment from the Louisiana Supreme Court before allowing the case to proceed. 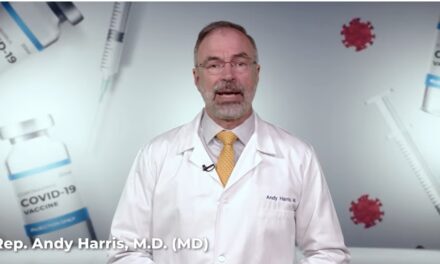