Pimlico Race Course in Baltimore is the home of the Preakness. (Executive Office of the Governor photo)

Total wagering on the rescheduled, closed-door Preakness Stakes program at Pimlico last Saturday was down nearly 50% from its 2019 renewal, a pandemic-impacted decline similar to that experienced at the Kentucky Derby, which was moved from May to September.

Even in pre-pandemic times, a majority of wagering on horse racing is conducted online, through legal betting platforms like TwinSpires, TVG and Xpressbet. Since March, almost all wagering comes via these channels. Betting in person has grown increasingly rare in the internet era, and even more so in 2020. For perspective, of the $369 million bet on races at Laurel Park in 2019, the Maryland Racing Commission’s annual report records that $350.2 million, nearly 95%, came from bettors outside of Maryland.

As legal sports betting spreads across America, and much of it online, keep in mind that horse racing had enjoyed a veritable monopoly on legal, phone and internet wagering for roughly three decades. But the sport has repeatedly failed to modernize its own wagering product, particularly in light of a significant rise in aggressive wagering competition. Betting on racing remains far more expensive than any slot machine, table game or sports bet, though the total takeout on wagers is much lower than the lottery. Still, adjusted for inflation, total wagering on all of American Thoroughbred racing is down nearly 50% in the last 16 years.

A bad Preakness Day for betting isn’t entirely bad news on its own.

Betting on Maryland racing at Laurel, which accounted for 162 of 181 days of Thoroughbred racing in the state in 2019, has grown, up about 23.5% per race day in 2019 from 2015, according to the same Commission report. This has bucked national trends, and is an encouraging sign for Maryland racing and breeding overall.

See, the state of wagering on Maryland racing is vital to all of the industry’s economic drivers, mostly within the agricultural sector. A Maryland Horse Council census reported nearly 600,000 acres of Maryland land is devoted to horses and studies over the last few years put the racing industry’s annual economic impact in the hundreds of millions of dollars, with the state’s greater equine industry topping $1 billion.

But, unlike any other professional sport, racing exists at the level it does almost exclusively because of legal wagering.

Wagering on racing is the sport’s only self-sustaining source of income for the industry – a percentage of every bet made is withheld to cover costs associated with the sport, and a chunk of that goes to pay prize money to the winning connections and the top-placed finishers in each race. If betting on racing declines, that is a troubling indicator for the entire industry.

The prize money won by the human connections of the horses racing keeps the sport going, covering the costs of owners and employing trainers, veterinarians, farriers, grooms, feed producers and others associated with the life and care of these magnificent animals. Without a sufficient level of prize money, overall participation declines or will shift to other states where prize money is better.

Prize money is, undoubtedly, supported substantially by a cut of gross terminal revenue from Maryland casinos. In FY 2019, Maryland horse racing received $76.6 million from this source, up from $71.2 million in FY 2018. Dating to the launch of casinos in Maryland in 2010, horse racing has received roughly $516.7 million out of total gaming revenue of $10.35 billion generated, of which the Maryland Education Trust Fund has received more than $3.5 billion.

These may sound like gaudy figures, but they are nothing compared to Pennsylvania, whose slot machines generated an astounding $171 million in just its last fiscal year for racing in the state. Since casinos operated there in 2006, slots have contributed $3.1 billion to the sport. Despite Maryland’s horse industry receiving nearly six times less funding from additional gaming than Pennsylvania, it is Maryland’s horse industry which is performing better.

So, what’s the point?

A drop in wagering on Maryland’s biggest day of racing is not ideal for an industry which has, otherwise, done remarkably well regionally. Steps to ensure that wagering on horse racing in Maryland is positioned as competitively as possible are necessary to continue that momentum, particularly as other states struggle. The total number of races run in Delaware, New Jersey and West Virginia are down 35%, 48% and 41%, respectively over the same 2009 to 2019 period where Maryland races increased by 20%.

Governor Larry Hogan allowed the Racing and Community Development Act of 2020 to become law without his signature in May, enabling the Maryland Stadium Authority to issue up to $375 million in bonds to facilitate the reconstruction of both Pimilco and Laurel. The preliminary stages of MSA planning are underway, but according to the fiscal report of the legislation, at least $150 million of the bond repayment is expected to come from the purse distribution account – that is, $5 million annually for 30 years out of the prize money funds which comes from video lottery terminal revenue dedicated to racing.

In other words, a portion of the funding used to compensate all of the economic drivers of the industry – prize money – is being used to rebuild two tracks and grandstand facilities in the state

It is still too early to tell to what degree customer behavior is changing as it relates to betting and the pandemic, but long-term signs related to racing have shown far more money is bet away from the track than at it, overall wagering on the sport at a nationwide level is declining and racing remains a bit player compared to the rapid expansion and popularity of sports betting. For Maryland, which has not experienced the declines in racing wagering from other states, and specifically seems to be one of the strongest regional players, the sport must find ways to make its own races as attractive wagering offerings.

With a substantial yearly bill to rebuild Pimlico and Laurel looming around the corner and for the next three decades, which will reduce funding available for prize money, Maryland’s racing leaders must make wagering on racing as competitive as possible. Not just for Preakness days of the future, but for the daily sport of racing, which plays a meaningful role in Maryland’s agricultural economy. 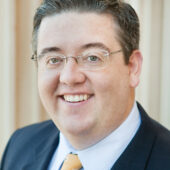 Patrick Cummings is the Executive Director of the Thoroughbred Idea Foundation, a privately-funded think tank for horse racing, based in Lexington, Kentucky. For more information, visit RacingThinkTank.com 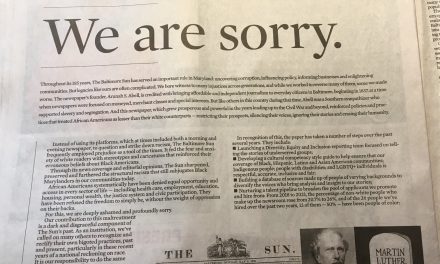 The Sun apologizes for its past but not its present