SENATE REPUBLICANS PUSH OPPOSITION TO POLICE REFORM BILLS: Republicans on the Senate Judicial Proceedings Committee opposed a series of Democrat-sponsored bills aimed at addressing police misconduct at a virtual hearing on Tuesday at a time when Baltimore City has seen a crime wave of shootings and homicides, Bryan Renbaum of Maryland Reporter is reporting. The partisan tension comes one day after members of the Senate Republican Caucus wrote Senate President Bill Ferguson asking that the scheduled three consecutive days of hearings be canceled.

SUBSTANCE ABUSE DEATHS RISE DURING PANDEMIC: As the coronavirus continues to claim the lives of Marylanders every day, state officials said Tuesday that fatal drug overdoses and alcohol-related deaths also are increasing throughout the region, McKenna Oxenden of the Sun reports.

GA PANEL TO DISCUSS MES PRACTICES: A General Assembly committee with subpoena powers will meet Wednesday to discuss the practices of the Maryland Environmental Service, an independent state agency with a history of making payouts to departing directors, Pamela Wood of the Sun reports.

MARYLAND COURTS TO RESUME TRIALS OCT. 5: As Maryland courts gear up to resume jury trials on Oct. 5, state judiciary officials briefed state lawmakers on plans to bring juries back to the courtroom in a virtual meeting on Tuesday. They emphasized that even though courts will be returning to full operations, it won’t be business as usual, Angela Roberts of the Sun reports.

STATE ED OKs DISTRICT RE-OPENING PLANS: Maryland education officials have approved plans for all 24 school systems to eventually resume in-person classes, as expectations build at the state level to bring at least some students back to school buildings this fall, reports Liz Bowie in the Sun.

TWO COVID DEATHS IN CARROLL: Carroll County went over three weeks without seeing a death related to COVID-19, but now two have been confirmed in two days, Brian Compere reports for the Carroll County Times.

PANDEMIC PUTS RENEWED FOCUS ON KIRWAN FUNDING: Brian Witte of the AP writes about how the pandemic has put new focus on Kirwan education funding by showing the opportunity gaps in public schools. He highlights Baltimore city’s community schools coordinator to illustrate, including Geri Swann, who works the charter school in Canton in East Baltimore. This pandemic has her “working her cellphone constantly as she deals with up to 100 emails a day seeking help for students and their families. Finding them Chromebooks, and then buying eyeglasses for kids squinting at screens. Helping people get unemployment checks. Delivering groceries so a woman can feed her school-aged grandchildren while their parents recover from COVID-19.”

B’MORE MAY END CONTRACT WITH PUGH-CONNECTED FINANCIER: Baltimore’s top lawyer will recommend the city consider ending its contract with Grant Capital Management after the city’s inspector general found troubling omissions in the company’s bid for a lucrative contract regarding founder J.P. Grant’s donations to ex-Mayor Catherine Pugh, Talia Richman of the Sun reports.

JUDGE RULES AGAINST CITY: The city of Baltimore committed an “illegal act” when it took $31,500 from a woman who settled a lawsuit and then spoke out publicly about allegations that police beat her, a federal judge ruled Monday while ordering the city to pay the money back, plus interest, Phillip Jackson reports for the Sun.

PRIVATE CAMERA SYSTEM IN ELLICOTT CITY NOW VITAL TO HOWARD: An Ellicott City business owner’s extensive camera system has become vital for Howard County in understanding and monitoring flooding and saving lives, Ana Faguy of the Howard County Times reports. “Before the camera system was in place, we used to have individuals from the police department or fire department go and be boots on the ground and give us information and give intel on spots that we knew were key spots,” said Mike Hinson, director of Howard County’s Office of Emergency Management. 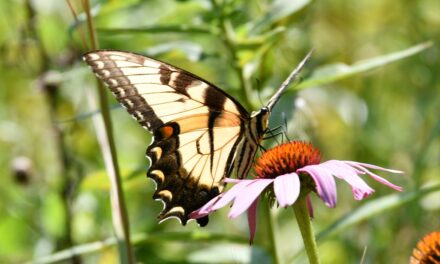 State Roundup: Franchot says vaxx should be mandated for all state workers