Maryland is the sixth most vaccinated state: survey 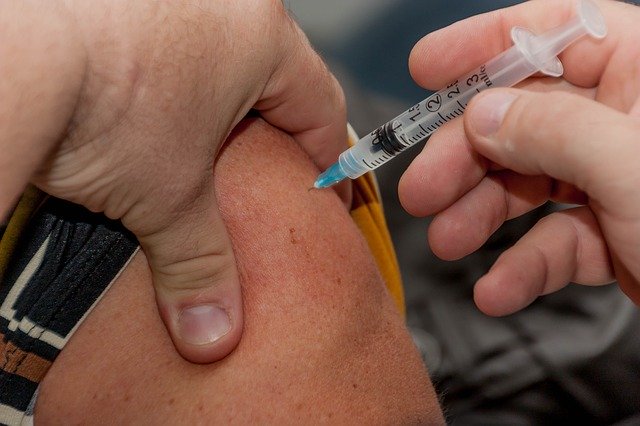 Image by LuAnn Hunt from Pixabay

Former Department of Health and Mental Hygiene secretary Joshua Sharfstein said he is not surprised that a recent survey ranked Maryland near the top among states with the most vaccinated residents and dismissed a national poll suggesting that one of three people would not take the Covid-19 vaccine once it becomes available.

“I’m not that surprised. I think we’ve always had a strong vaccine effort in the state,” Sharfstein told MarylandReporter.com in a phone interview on Monday.

Sharfstein added: “We have a pretty relatively strong public health system. So people can get vaccines-particularly kids. We have an active group of pediatricians who are very supportive of vaccination. And we don’t have as many from the anti-vaccination world in Maryland as other states do.”

Del. Brian Chisholm (R-Anne Arundel), who sits on the House and Government Operations Committee, said that he too is not surprised that Maryland is ranked among the most vaccinated states in the nation.

“It doesn’t necessarily surprise me because of all of the different medical institutions that are surrounded here and their emphasis on medical innovation. And because we have [Johns] Hopkins and the University of Maryland Medical System. I’m not surprised by it.”

The WalletHub survey was released on Monday. It said that Maryland is the sixth most vaccinated state in the nation. Massachusetts ranked first and Mississippi ranked last. The survey’s findings are based on three criteria: Children and Teenagers Immunization Rates, Adult and Elderly Vaccination Rates and Immunization Uptake Disparities and Influencing Factors. Each criteria is assessed across 18 metrics. The metrics are graded on a scale of 0-100. WalletHub used data compiled by U.S. government agencies such as the Census Bureau and the Centers for Disease Control, and scientific periodicals such as the Journal of Primary Prevention.

Sharfstein served as secretary from 2011-14. He is now Vice Dean for Public Health Practice and Community Engagement at John Hopkins Bloomberg School of Public Health.

Sharfstein largely dismissed the findings of an August Gallup poll that showed that 1-3 Americans would choose not to receive a free FDA-approved COVID-19 vaccine had it been available at the time of the survey.

“It’s a little too early to know what to make of those surveys because so little is really known about a vaccine at this point. I do think that acceptance is going to be a very important issue. And I believe it’s very important for the public health agencies, physicians generally, and others-to be talking about a vaccine now. And to explain the types of research that are going on to figure out if there’s a safe and effective vaccine to get.”

Chisholm said Gallup’s findings are not surprising because the public tends to be leery of new vaccines.

Chisholm added: “People are always nervous about injecting into themselves any sort of vaccine that is still unproven for the most part.”

Several large pharmaceutical companies are working on a vaccine for COVID-19. They include: Astra-Zeneca, Johnson & Johnson, Pfizer, Gilead Sciences and Moderna. Some of those companies have received money from the federal government for research and clinical trials.

There are 116,646 confirmed cases of COVID-19 in Maryland as of Monday morning, according to the state’s Department of Health, and 3,696 people in Maryland have died from the virus. The state’s positivity rate is at 3.54%, which is better than that of most states in the nation. Maryland has tested more than 2.2 million people for COVID-19.