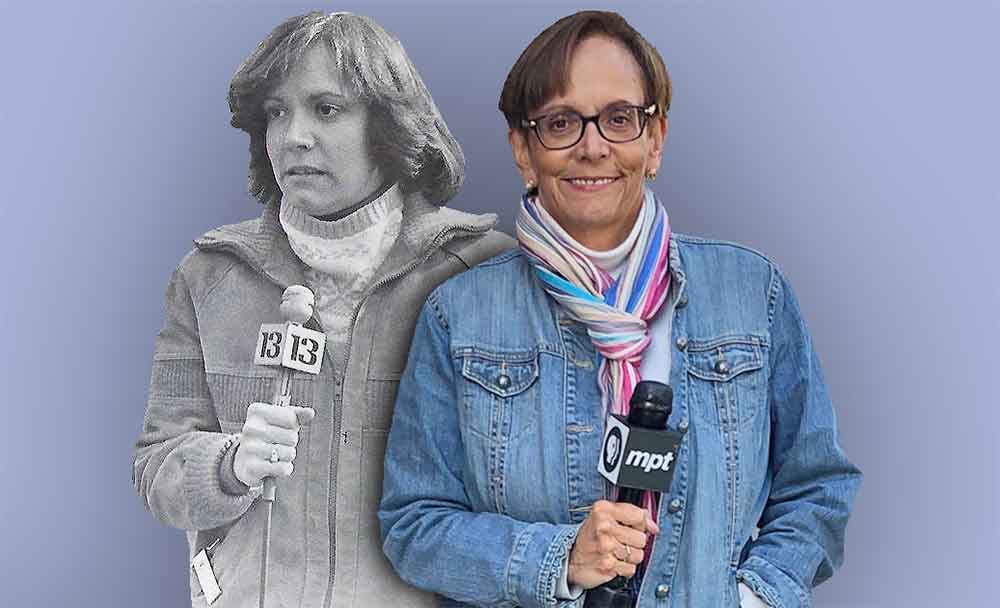 Sue Kopen Katcef was a reporter at WJZ TV in Baltimore in 1979 and is now back at Maryland Public Television after a long stint of teaching broadcast news. Photos from her campaign website.

Turnout in the online election was low with only 1,098 votes casts from the estimated 6,000 eligible members.

Sue Kopen Katcef is running for president, but Joe Biden and Donald Trump need not worry. Kopen Katcef, a longtime broadcaster and broadcast teacher from Annapolis, is running to be president-elect of the Society of Professional Journalists, the oldest professional organization for people in the news business.

The election will be held online later at the end of this week.

Founded 111 years ago as the fraternity Sigma Delta Chi (SDX), the organization developed one of the first Code of Ethics for the profession, still used today by many news shops, such as MarylandReporter.com.

SPJ allows anybody studying or practicing journalism to join, and it once had at least 20,000 members when Kopen Katcef help run its largest-ever convention in Baltimore in 1992. But just as the number of people in newsrooms has shrunk – half the jobs in newspapers have been lost just since the 2008 recession — so has SPJ membership fallen to about 6,000 today.

Kopen Katcef has been a broadcast journalist in Maryland off and on for 45 years since her days at the University of Maryland College Park. She is back on the air now for Maryland Public TV where she spent part of her career. She was out of sight for nearly 20 years teaching broadcast journalism as the broadcast bureau director for the Capital News Service at the Philip Merrill College of Journalism at College Park.

“Journalism is essential to a democracy,” Kopen Katcef says in her candidate statement to SPJ members. “But journalism is facing challenges that test even the most dedicated among us: the elimination and/or contraction of jobs; physical threats or attacks; and verbal assaults from the highest elected office in the country. We also face the ongoing challenge of making certain our newsrooms better reflect the diversity of the communities we cover—and that includes both staff and leadership.”

Journalism and the news business are certainly different than when Kopen Katcef began her career in radio and TV. That was before the days of cable news and the internet and all its digital manifestations. While SPJ has shrunk, other news organizations have mushroomed, such as the Online News Association, which didn’t exist 20 years ago.

“Journalism needs all the support it can get – including the principles of the First Amendment,” Kopen Katcef said in an interview. SPJ advocates for some of those perennial values of responsible and balanced coverage, qualities often lacking online and on cable.

“My concern is we are losing students and young professionals,” Kopen Katcef who has held numerous leadership posts in Maryland and D.C. chapters of SPJ. Many of her students see starting salaries in the mid-$20,000. She is particularly concerned with the fate of local news.

Throughout her career, Kopen Katcef has also been an advocate for government openness and transparency, such as cameras in courts. Maryland lags behind many states by banning cameras in most courtrooms.

“Journalists are very reluctant to advocate for their own causes,” Kopen Katcef said, which are usually in the public interest as well.

She would like to expand SPJ membership to all the people working the news business such as data visualizers, drone operators, videographers, and “everybody who has a role in the process.”

The president-elect of SPJ automatically becomes president of the society the following year. 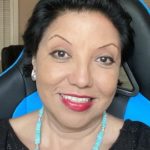 Also running for the post is Rebecca Aguilar of Texas, a longtime broadcast journalist who is currently secretary-treasurer of SPJ and chair of its diversity committee.

Kopen Katcef says, “I’m not running against anyone, I’m running for this position.”

“We have to remain fluid,” she said. “Nobody knows where will wind up after this pandemic.”

For more on her background, see her campaign website. 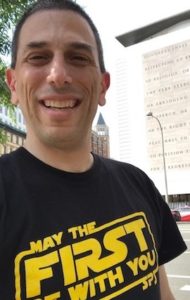 Another longtime Maryland journalist, Andy Schotz, currently managing editor of Bethesda Beat, is running to replace Aguilar as secretary-treasurer. Schotz, who has served on the national SPJ board and in other leadership roles, lost to Aguilar last year. Two others are also running for the position.

One of Schotz’s achievements in SPJ was spearheading a 2011 movement to have direct election of SPJ’s national officers and board, which had been elected by convention delegates.

Schotz has been a persistent advocate of open government laws and a longtime member of the SPJ Ethics Committee, which he chaired for three years. Schotz has been an editor and reporter at the Hagerstown Herald-Mail, city editor at the Frederick News-Post and managing editor of the now-defunct Gazette newspapers in Montgomery County.

Offshore wind bill in the works for 2011 General Assembly

Like many new delegates, Alice Cain is pinching herself