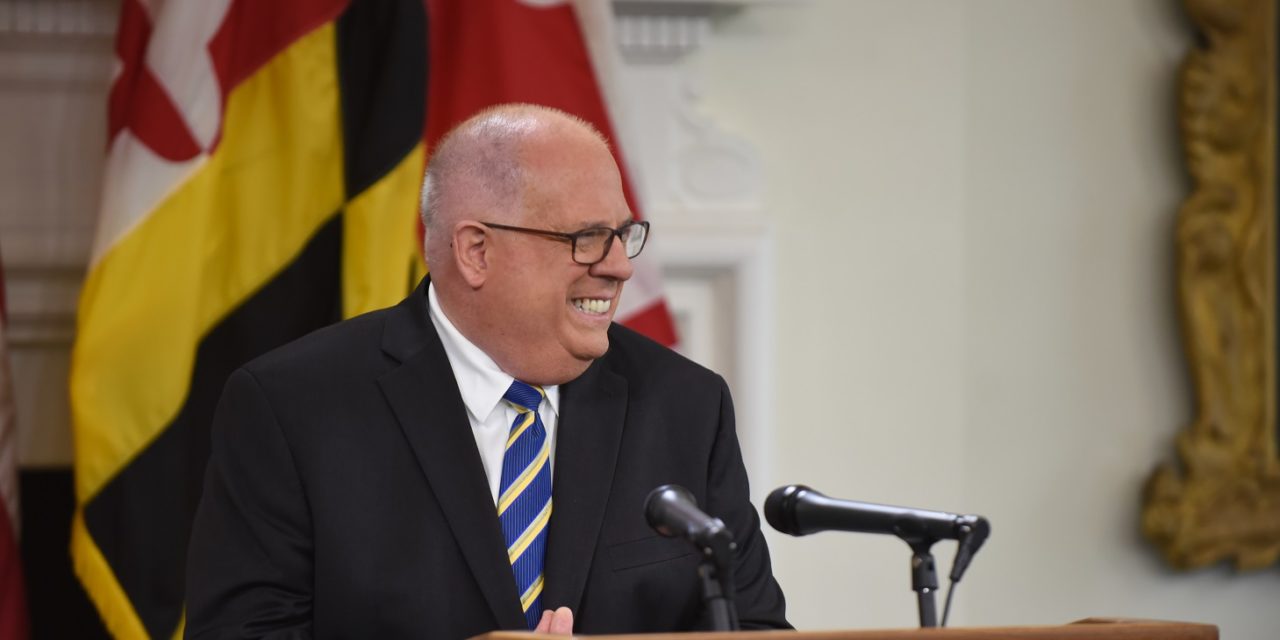 HOGAN ANNOUNCES STAGE 3 OF REOPENING: Bryan Renbaum of MarylandReporters writes that Gov. Larry Hogan said Tuesday that Maryland’s fight against the coronavirus pandemic has progressed to a point at which the state will be able to enter the final stage of its recovery plan on 5 p.m. on Friday.

HOW COUNTIES RESPOND TO NEXT PHASE: As with prior reopening steps, local government officials have the authority to keep more restrictive rules in place. McKenna Oxenden of the Sun surveys counties to see what their plans are.

STATE MANDATES 3.5 HOURS OF LIVE INSTRUCTION DAILY: Maryland’s state school board adopted a new requirement Tuesday for online instruction that requires a minimum of 3.5 hours a day of live instruction by a teacher, and gives school systems until the end of 2020 to put the standard in place, Liz Bowie reports in the Sun.

MTA PROPOSES TO SLASH BUS, RAIL SERVICE IN B’MORE: Faced with a multi-billion dollar hole created by a historic decline in ridership and revenues, the Maryland Transit Administration on Tuesday unveiled a proposal to dramatically cut bus and rail service in the Baltimore region next year, reports Bruce DePuyt for Maryland Matters. Dozens of bus lines would be eliminated if the proposals are adopted, and numerous surviving lines would run less frequently.

STATE NARROWS NEW BAY BRIDGE SITES TO 3: Katherine Shaver of the Post reports that Maryland transportation officials have rejected 11 of 14 potential sites for an additional Chesapeake Bay crossing, saying a new span must be built close to the existing bridges to provide the most traffic relief and cause less environmental damage.

MD SENATE GOP LEADERS MAY FACE INTERNAL CHALLENGES: The top two Republicans in the Maryland Senate could find themselves in a battle for the leadership of the caucus as some are calling for early elections, reports Bryan Sears for the Daily Record. Members of the caucus are scheduled to meet via conference call Wednesday, and some are expected to push for a new election by the end of September rather than the end of the year, as has been traditional.

CDC ORDERS END TO RESIDENTIAL EVICTIONS: The nation’s Centers for Disease Control and Prevention issued an order Tuesday putting a stop to residential evictions through December in an effort to halt the spread of the virus that causes COVID-19. It does not prevent collection of late fees, penalties or interest due to failure to pay rent. According to estimates from a Chicago-based consulting firm, roughly 274,000 households in Maryland have lost income due to the COVID-19 pandemic and are at risk of eviction, Bennett Leckrone and Allison Stevens write in Maryland Matters.

TRUMP ENDORSES KLACIK FOR CONGRESS: President Donald Trump has endorsed Republican Kim Klacik in her bid for Maryland’s 7th District seat in the U.S. House of Representatives, writes Phil Davis for the Sun. Trump wrote on Twitter that Klacik, who is running against Democratic incumbent Kweisi Mfume in November’s general election, “has my Complete & Total Endorsement!”

MO CO EXEC, POLICE CHIEF SPLIT ON COPS IN SCHOOLS: Montgomery County’s executive and police chief had diverging views on Tuesday on a program that places police officers in schools, Dan Schere reports in Bethesda Beat. County Executive Marc Elrich and Police Chief Marcus Jones were part of a forum to discuss police reform and a national social justice movement that stemmed from cases in which police officers shot civilians.

GROUP TAKES TOPPLED COLUMBUS STATUE: After protesters toppled a towering statue of Christopher Columbus and dumped it into Baltimore’s Inner Harbor, a group of Italian Americans organized to fish the marble chunks out of the water. Now, reports Talia Richman for the Sun, they moved what was left of the statue to a private warehouse for “safekeeping,” far from the piazza where it stood for more than three decades. The group is working now to restore it to its original form.