MINIMUM WAGE FIGHT: Lawmakers in Annapolis waded into a fraught debate over raising Maryland’s minimum wage Tuesday, as advocates for workers and business owners used statistics and emotional appeals to square off on whether a higher rate would help the working poor or cost them jobs, Timothy Wheeler of the Sun is reporting. The article is topped by a video of Gov. Martin O’Malley addressing a legislative committee.

CORPORATE TAX BREAKS: In an op-ed in the Sun, Sen. Paul Pinsky writes that Maryland has long been considered among the bluest of blue states, firmly in the Democratic camp. Its recent progressive record on social justice has only further burnished that reputation. But, when it comes to corporate tax justice, Maryland has seen only red. The state has allowed many of the very largest multi-state, multi-national corporations operating here to use a tax avoidance scheme resulting in the loss of hundreds of millions of dollars in state corporate taxes and placing Maryland-only businesses at a distinct competitive disadvantage.

BILL TARGETS NSA: Michael Dresser of the Sun writes that legislation introduced in the General Assembly would require state and local officials to refuse to cooperate with the National Security Agency in a wide variety of ways if it continues to collect bulk electronic data without specific warrants. Eight Republicans in the House of Delegates are backing what they call the Fourth Amendment Protection Act, which would punish officials who violate its provisions by removing them from their positions and excluding them from office permanently.

ENERGY DRINK CURBS: Red Bull, Monster Energy and other popular energy drinks would be off limits to Maryland children under legislation proposed by Montgomery County lawmakers who worry that the sweetly stimulating brews pose a health threat, writes Frederick Kunkle in the Post.

GRAIN ALCOHOL BAN: In an opinion piece for the Sun pushing to make 190-proof alcohol illegal in Maryland, Jonathan Gibralter, president of Frostburg State University, writes that while the choice to drink alcohol belongs with the individual, the very nature of these high-proof alcohols effectively takes away that choice. With tasteless and odorless grain alcohol, a young person encountering this in party beverages doesn’t know if they’re ingesting a teaspoon or 10 of pure liquor. This is about preventing young people — many at an age when their brains are not fully developed — from unknowingly ingesting a product that can double as a cleaning solvent.

***Consider signing up for our daily newsletter that includes links and summaries to this roundup and all our original content. It goes out to 5,400 people Monday through Friday by 8:30 a.m. ***

SAFE REPORTING: Daniel Reardon told lawmakers on Tuesday how his son Danny died as the result of an alcohol overdose at a University of Maryland fraternity party. “No one called 911,” Reardon said, “very simply because they didn’t want to get themselves into trouble, get the fraternity into trouble or get Danny into trouble.” Reardon and other Maryland parents who have lost children to alcohol poisoning or overdoses asked the committee to approve legislation that would provide some legal protection to people who call 911 in such situations, writes Jennifer Shutt for the Salisbury Daily Times.

LINCOLN ADDRESSES: Alex Jackson writes in the Annapolis Capital that Del. Herb McMillan honored President Abraham Lincoln on Monday night by delivering the annual Lincoln Day address to the House of Delegates. McMillan, R-Annapolis, was chosen in the House while Sen. Christopher Shank, R-Washington, made his own speech in the Senate. A short video of McMillan is at the bottom of the story.

DIVORCE IN THE DARK: Jennifer Shutt of the Salisbury Daily Times reports that state Sen. Richard Colburn’s divorce from his his wife Alma Colburn is unusual, say attorneys, in that a Dorchester County judge sealed all the records so that the public can no longer look up the case’s outline on Maryland’s court management system, look at the case folder in Dorchester Circuit Court or be able to attend hearings in the case.

LONGSHOREMEN DISPUTE: Unionized longshoremen who work the docks at the Port of Baltimore voted overwhelmingly Tuesday to reject a contract proposal from their employers, once again extending a labor standoff that has destabilized the state’s primary trade hub for months, reports Kevin Rector for the Sun.

NO. 1 IN AP EXAMS: For the eighth year in a row, Maryland is No. 1 in the nation in the percentage of graduates who have passed at least one Advanced Placement exam, according to a report released Tuesday by the College Board, reports Liz Bowie for the Sun. The percentage of Maryland graduates in 2013 who succeeded on the exam rose to 29.6%, up from 28.1% the previous year.

O’MALLEY QUESTIONS DEPORTATIONS: Gov. Martin O’Malley on Tuesday demanded that the U.S. Department of Homeland Security explain why federal officials are deporting a higher share of noncriminals from Maryland than from most other states under a controversial immigration program called Secure Communities, reports John Fritze for the Sun.

MIZEUR PLANS TO WIN: Del. Heather Mizeur is considered a David between two Goliaths in the race for the Democratic nomination for governor, reports John Lee for WYPR-FM. But she says she’s in it to win it, and she has the game plan to pull off an upset.

***MarylandReporter.com is offering four paid three-month reporting fellowships this year. The fellowships are supported by a grant from the Ethics and Excellence in Journalism Foundation. One fellowship starts immediately, covering the General Assembly session. For more details, click here.*** 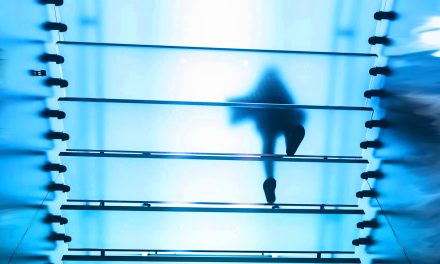