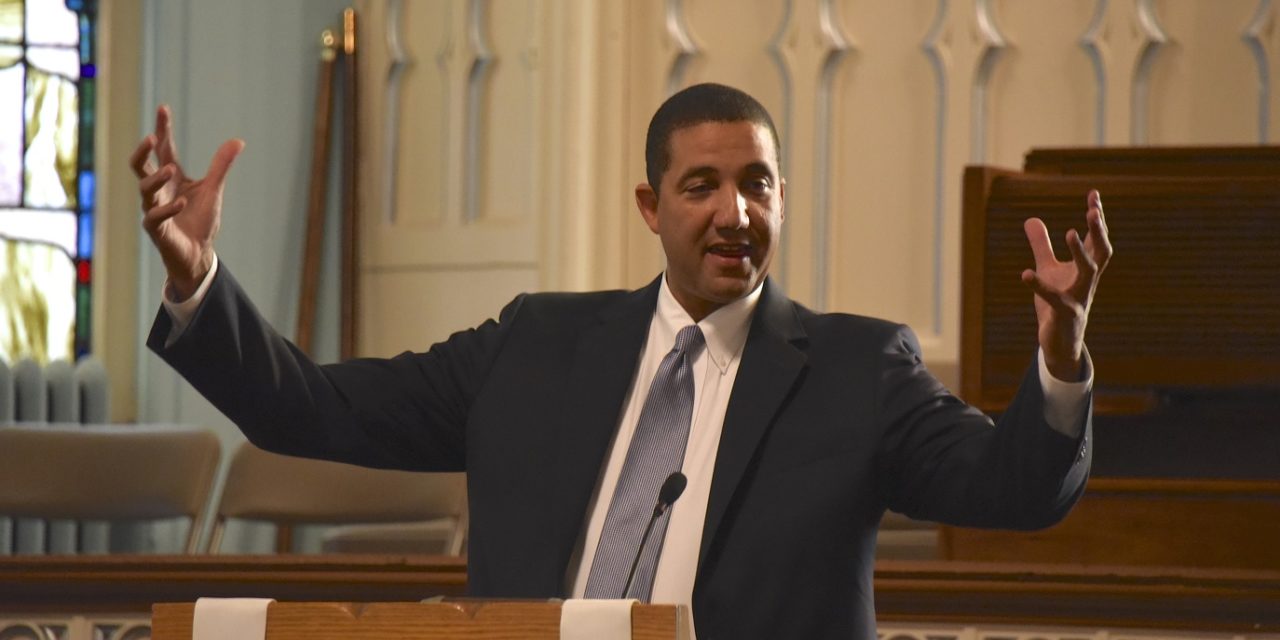 McGRATH RESIGNS AS HOGAN CHIEF OF STAFF: Roy McGrath, the new chief of staff for Gov. Larry Hogan who has been criticized for receiving a year’s salary as severance from his previous state job, resigned Monday, Pamela Wood of the Sun reports.

MISSING MAILBOX REMOVED FOR CONSTRUCTION PROJECT: A U.S. Postal Service mailbox that went missing in recent days, sparking concerns over the weekend from North Baltimore residents, was removed for a construction project, Emily Opilo, Sameer Rao and Christine Condon of the Sun report.

‘UNIQUE MOMENT’ FOR POLICE REFORM: Maryland faces a “unique moment” to reform policing practices, say legislative leaders who believe the state came up short in enacting changes following the 2015 death of Freddie Gray in police custody, Jeff Barker of the Sun reports. “For years, we’ve had a well-defined problem. What we’ve lacked is the political will,” said Sen. William C. Smith Jr., chair of the Senate Judicial Proceedings Committee.

WHAT ABOUT ANTON BLACK’s DEATH? Freelance writer Glynis Kazanjian is interviewed by Annapolis Spy about her coverage of the death of Anton Black, a 19-year-old Black man who had a mental health problem and died at the hands of Greensboro, Md., police, one of whom had been expelled from the Delaware police.

DIFFERENCES IN COVID CASE REPORTS: For more than 50 straight days, Maryland health officials have reported that the state’s seven-day average testing positivity rate for the coronavirus has been beneath 5%. But others have Maryland spending less than three weeks beneath that mark. Nathan Ruiz of the Sun writes about the difference.

HOGAN HIGHWAY PROJECT GETS PUBLIC AIRING: Supporters and opponents of the Hogan administration’s plan to widen two highways in the Washington, D.C., suburbs get their first opportunity to formally react to a key environmental report on Tuesday, when the Maryland Department of Transportation holds the first of six public comment sessions, writes Bruce DePuyt for Maryland Matters.

MO CO OFFICIAL TO SEEK MORE TIME TO REVIEW PROJECT: A Montgomery County planning official on Tuesday is expected to confront the state Department of Transportation for making unannounced changes to a report on a contentious highway widening project and will call for more time to review it, Louis Peck of Bethesda Beat reports.

WA CO PRE-K TEACHERS ALTER SCHOOL RESTART: The start of each school year in Washington County Public Schools usually involves prekindergarten teachers first meeting students inside their homes. But, writes Sherry Greenfield for the Hagerstown Herald-Mail, the COVID-19 virus has changed that annual tradition, which is intended to build a relationship between the teacher, child and family.

ON CONGRESSIONAL CANDIDATE KIMBERLY KLACIK: Kimberly Klacik, a nonprofit founder and Baltimore County Republican Central committee member who lives in Middle River, will face off again against Kweisi Mfume, who in the April 28 special general election, won the late Rep. Elijah Cummings’ 7th District seat in Congress, in the Nov. 3 general election, after each of them won their party’s primary June 2. Colin Campbell of the Sun writes about who she is.

ARUNDEL WOMEN ELECTION JUDGES REFLECT ON RIGHT TO VOTE: Olivia Sanchez of the Capital Gazette writes that the first thing Jackie Wells did on her 21st birthday was register to vote. Because her mother was an election judge as she was growing up in Annapolis, she learned from a very young age that her vote was her voice. As soon as she was old enough, she knew she wanted to exercise the right that so many had fought to win. Wells, like many other women election judges, said that though equal rights for women have come a long way in the last 100 years, there is still progress to be made.

SEN. SMITH: BIDEN MUST UNITE DEM FACTIONS: Sen. Will Smith (D-Montgomery) said one of presumptive Democratic presidential nominee Joe Biden’s most formidable tasks will be to unite different factions of the party. The Democratic National Convention, which began on Monday night, ends on Thursday night, when Biden is expected to accept the nomination, Bryan Renbaum of MarylandReporter writes.

BLACK WOMEN LEADERS LOOK TO KAMALA HARRIS: “She is the quintessential big sister,” Prince George’s County Executive Angela Alsobrooks, 49, said of Democratic vice presidential choice Kamala Harris, 55, who she described as blazing her own political path while lifting up other women — especially Black women — along the way, writes Rachel Chason for the Post.

MARYLAND ON DISPLAY AT DEM CONVENTION: Maryland’s unusual place in the national Democratic firmament was on vivid display Monday morning during the first online meeting of the state’s delegation to the Democratic National Convention, writes Josh Kurtz for Maryland Matters. A galaxy of democratic superstars — most with Maryland ties — spoke on the morning live stream, which was hosted by the Maryland Democratic Party.

REPORT: STATE REGRESSING ON STORMWATER POLLUTION: Elizabeth Shwe of Maryland Matters writes that according to a new report by an environmental watchdog organization, Maryland is regressing on its efforts to mitigate stormwater pollution that flows into the Chesapeake Bay.